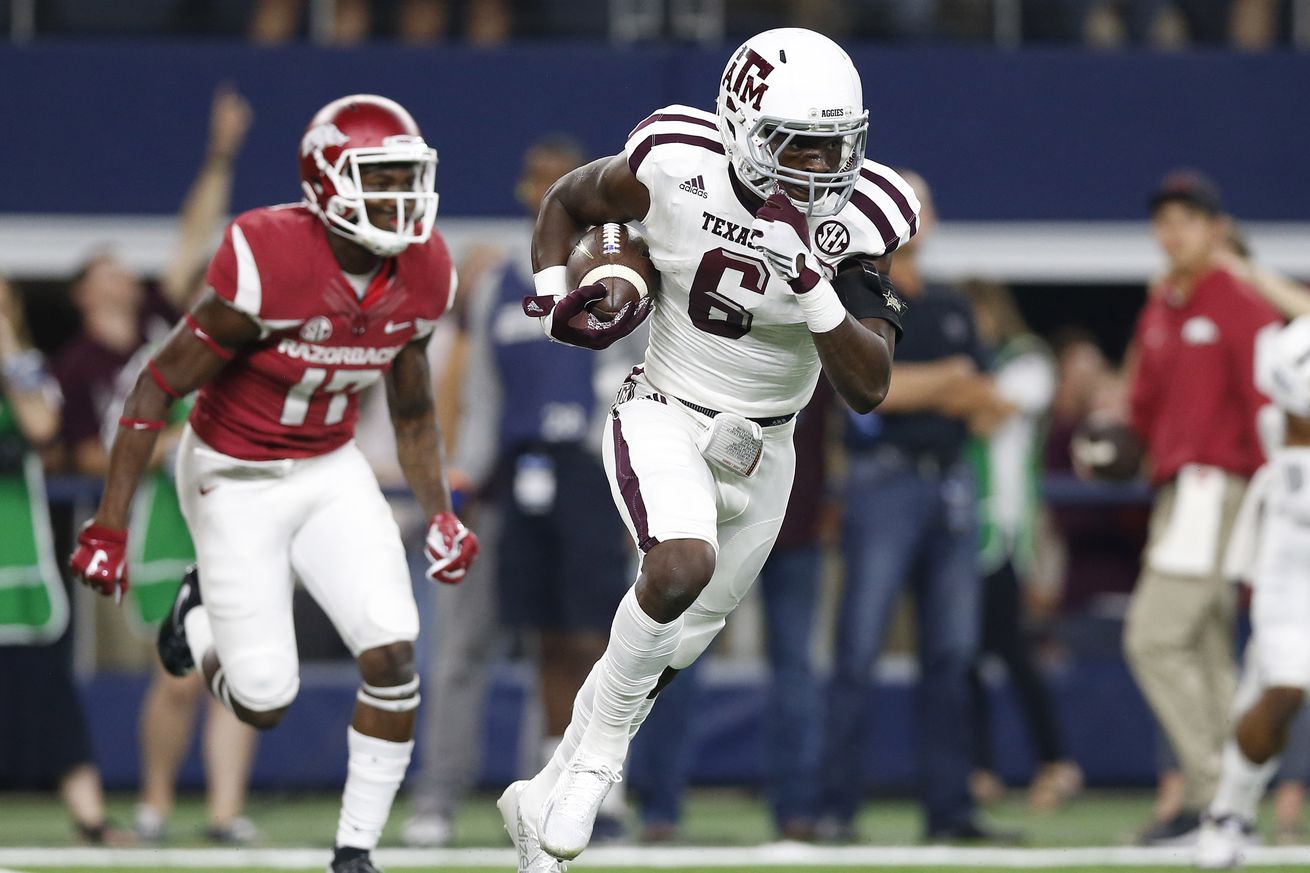 Who is the newest safety for the Cowboys?

It seemed like an inevitability that the Cowboys would draft a safety in 2019. While Xavier Woods proved without a doubt that he can be one of the guys at safety, the other safety role is up for grabs due to the uneven play of Jeff Heath in 2018. Dallas signed George Iloka to compete for the position, but taking advantage of a deep safety pool in the draft seemed like a no-brainer.

But while many draftniks, myself included, focused on names like Nasir Adderley, Juan Thornhill, and Taylor Rapp, the Cowboys were more interested in Trysten Hill than any of the safeties that were available at 58. Instead, they took a safety in the sixth round, 213th overall – Texas A&M’s Donovan Wilson. In all honesty, I didn’t know who he was, and I wasn’t alone.

I watched/evaluated 322 players. Donovan Wilson was not one of them. Nothing on him.

However, after watching through some game film of Wilson from his time with the Aggies, the pick makes more sense. As a three-year starter for Texas A&M in the talent-rich SEC, Wilson gained experience playing safety and nickel corner. He demonstrated great ball skills by snagging eight interceptions in those three seasons, and showed off his skills as a run defender with 199 tackles and 21.5 tackles for loss in his career in College Station.

It is that area where Wilson shines. Simply put, Wilson is a thumper. He packs a lot of punch behind his hits and doesn’t seem to have any hesitation to try and lay the lumber. His tackling mechanics aren’t always perfect, as he sacrifices wrap ups for big hits far too often, but Wilson generally takes good angles that allow him to find success with those big hits. Just look below for an example:

Wilson’s desire for big hits has a high-risk, high-reward to it. On one hand, his four forced fumbles in his career are appetizing. But Wilson also has had multiple targeting penalties called on him, and that lack of discipline is a major issue with Wilson. If he can clean up that aspect of his game, Wilson will see big improvements all around.

In coverage, Wilson doesn’t have all the physical tools to be a reliable single-high safety, but with Woods on the team, he won’t have to be. Wilson is 6’0” and 199 pounds, giving him a tall and full frame, and he has long arms measuring at 33 3/8”. He tied for the fifth most bench press reps of safeties at the combine and had the fourth best broad jump at 127 inches. This combination of strength and explosiveness helps him out in shallow zones and playing close to the line of scrimmage, which is where Wilson should see most of his snaps in Dallas.

Given his aforementioned experience as the nickel corner, Wilson is adequate in man coverage against bigger slot receivers and tight ends. His hips are way too tight to rely on him in man coverage repeatedly, and Wilson lacks the agility necessary to play a high volume of snaps as the nickel or dime corner. While he can hold his own in some cases, he’ll get burned by shifty receivers on change of direction alone.

That’s not to say Wilson is a liability in coverage, because he’s not. Shallow zones in the box or filling gaps of a blitzing cornerback are areas Wilson succeeds, as well as playing deep in Cover 2 and Cover 3 shells. Additionally, Wilson did a good job as a blitzer in college; he comes off the line quickly in blitz plays and picked up five sacks in his college career. Kris Richard will certainly appreciate that as he tries to get his defensive backs more involved in the pass rush.

The most important aspect about Wilson, though, is his intangibles. Having played special teams as a true freshman and then serving as a three-year starter, Wilson grew into a leader for the Aggies. He was the defensive captain in 2018 and filled the role Sean Lee traditionally has for Dallas, getting the playcall from the defensive coordinator and making sure players lined up where they were supposed to be. More than that, Wilson took on this responsibility as a new coordinator came in, requiring that he learn a new playbook quickly.

For his efforts, Wilson was given the team’s Defensive Leadership Award at the conclusion of the year, which saw the Aggies defense rank 34th in the nation. Having that kind of leadership experience coming into the NFL will surely help him down the road. In the short term, Wilson will likely have to contribute on special teams, where he can use his big hit skills to stand out.

But given his traits, Wilson has the potential to follow in the footsteps of his new teammate, Xavier Woods, in going from sixth round pick to starting safety. If he can grow in some key areas, most notably discipline, Wilson can become a high impact player for this defense.