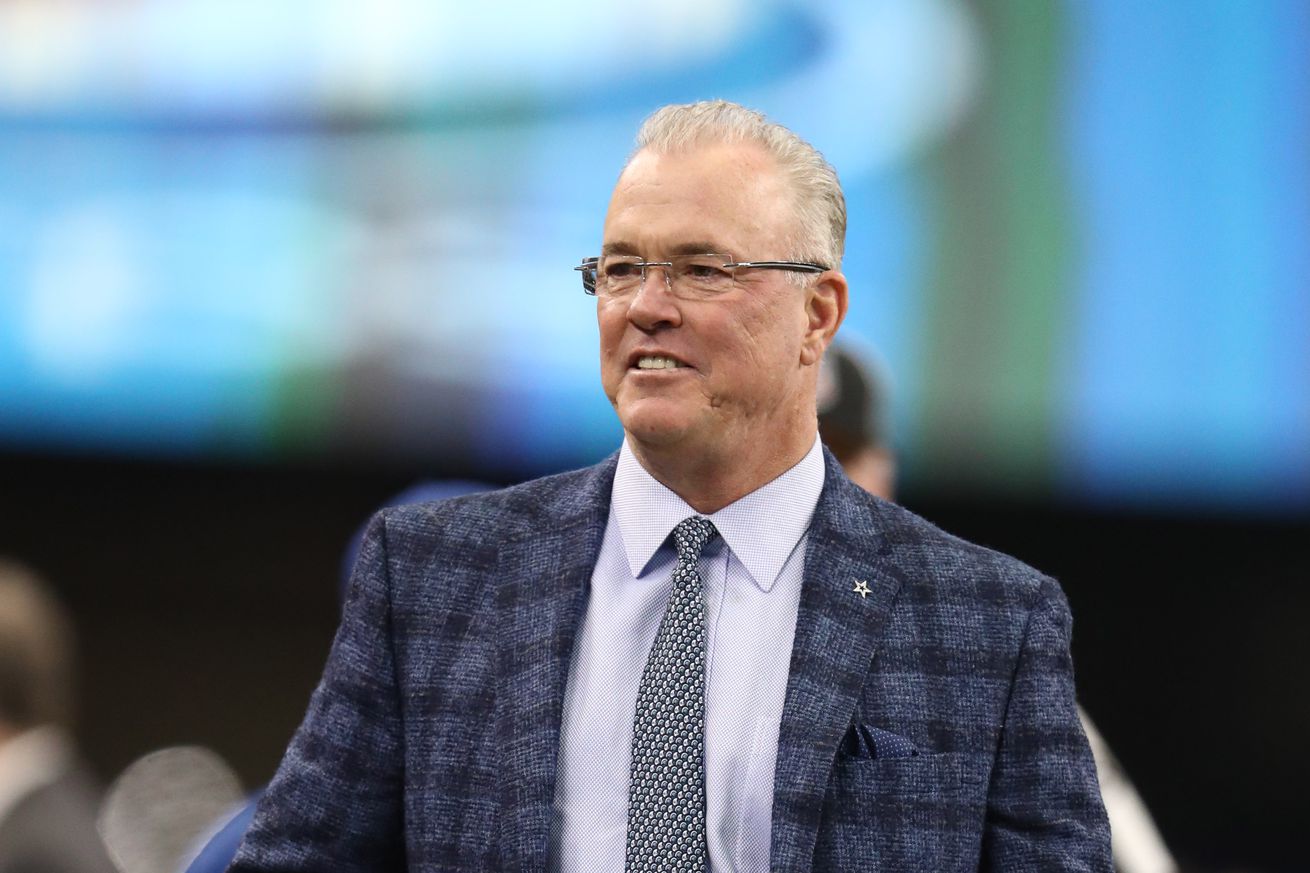 Enough time has passed since the 2019 NFL Draft for teams to evaluate their new overall rosters, and those of the rest of the league, too.

It doesn’t take a genius to see that the Dallas Cowboys suddenly have even more talented offensive linemen that they did and that they are still in need of a safety. Apparently teams are not just aware of this but are acting on it, according to Stephen Jones the Cowboys have received phone calls inquiring about trade opportunities.

Not surprising, but interesting. Speaking at the Cowboys’ annual golf tourney, Stephen Jones said teams have called them since the draft inquiring about trades – specifically safety. Jones said they still feel good about their safeties. But it’s worth noting. #cowboyswire

There were many that thought Dallas might take a safety with their first pick in the draft, but Trysten Hill’s availability altered those plans. Prospects like Juan Thornhill and Taylor Rapp were still on the board but Dallas likes what they have. To their credit, kind of, they did bring in George Iloka this offseason, but they’ve always stayed true to the notion that Jeff Heath is going to be enough for them.

To be fair, the Cowboys have someone in Kris Richard that helps mitigate their lack of superstar at the safety position. While that’s frustrating it’s worth something, although many point to that position as to part of why the Cowboys were ousted in Los Angeles during the playoffs.

One name that has emerged as a potential trade option (really through Twitter and from fans) has been Karl Joseph of the Oakland Raiders.

Dallas hasn’t been shy when it comes to trading with Oakland, there are numerous examples, but Stephen Jones is firm in that they are looking for the perfect fit at safety.

Apparently teams are interested in the Cowboys offensive linemen

From the moment that the Cowboys drafted Connor McGovern, people have been trying to move La’el Collins for something that makes sense. There’s logic to this of course as he could leave in free agency next offseason, thankfully the Cowboys have a contingency plan in place should that be what ultimately happens.

Stephen Jones said teams have called the Cowboys since the draft about trades involving players on the roster, especially on the offensive line, but the team is not interested in making moves at the moment. While safety might remain a need from outside the organization, Jones…

Collins is certainly a valuable asset for the Cowboys to consider moving. Should they in fact flip him they can get an earlier start on what seems like the future – the Connor plan (Williams at right tackle, McGovern at left guard). For what it’s worth Stephen Jones did mention La’el’s name as far as guys he wants to lock up long-term, too.

This is a precarious roll of the dice here and now as the latter is currently a rookie, last time that was the plan at left guard didn’t exactly go incredibly well.

We’ve seen the Cowboys get a little more active in trades over the last year, perhaps this is something that they’re willing to do. For now it seems like Stephen Jones wants to take his time, analyze his options, and act when he’s good and ready.