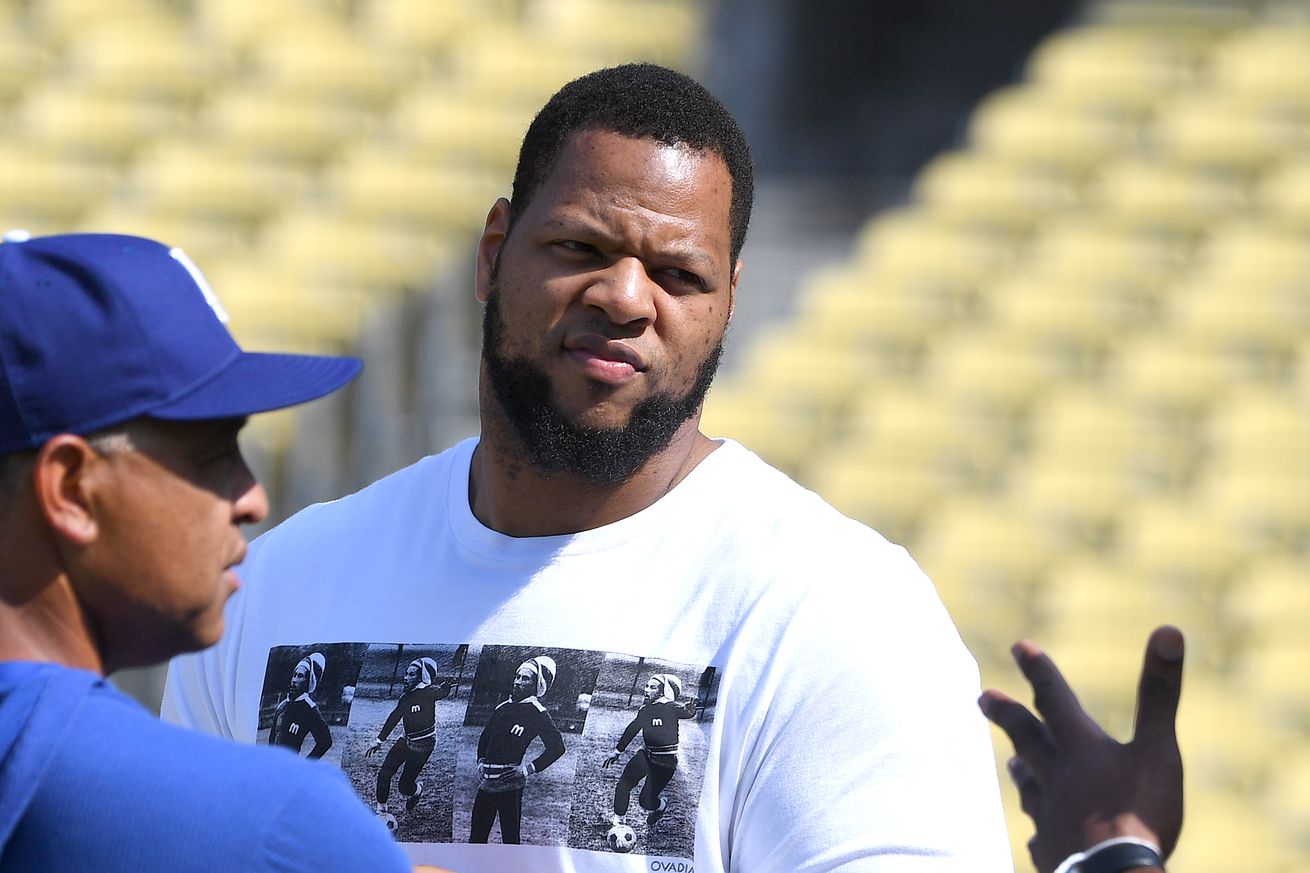 There are still quality player out there for the Cowboys to sign.

The main part of roster-building in the NFL has come and gone, and the Dallas Cowboys have made some good moves. The initial free agency period, followed by the draft and the undrafted free agent signings have created the bulk of the Cowboys roster that will see action in the 2019 season.

But as of Tuesday of this week, teams can sign a free agent and it wont count in the compensatory draft pick formula. That’s kind of a big deal. So with that deadline passed, talk of signing the remaining “name” free agents has been kick-started. Plus, we have some actual deals as it’s been reported the Seahawks are signing Ziggy Ansah to a one-year deal.

When free agent targets are being assigned, you can always count on the Cowboys name somehow showing up in the predictions. This year, though, it might make some sense. Dallas is “all-in” this year given they’ve left Jason Garrett hanging on a lame-duck contract. This season has a do-or-die feel for Garrett so he should be pounding the table for all the help he can get. The Cowboys do have cap room, somewhere north of $15 million and even though they have lots of work to do with contract extensions, the Amari Cooper deal could actually save cap space while the Dak Prescott deal could be creatively worked to not impact the 2019 cap too much.

The Cowboys have room to bring in free agents, and at this point one-year deals are more likely than earlier in the offseason. If the Cowboys want to go “all-in” and take their best shot at a Super Bowl run, they might want to consider breaking their recent “no big name” free agent stance and take a risk.

There are three “names” out there that are being called good fits for Dallas in various media. Two of them are safeties and one of them is a defensive tackle. Let’s take a look.

Injuries have kept him from being the Eric Berry we all know and love, but he’s too talented when healthy to remain unsigned. In 2016, Berry earned an 89.9 overall grade across 1,151 defensive snaps in Kansas City.

The Cowboys have been rumored to be in the mix for a number of safeties throughout the offseason, and they eventually brought in George Iloka to compete for a roster spot. Berry would be an immediate upgrade at the position, and he would provide an influx of veteran leadership among a defensive back unit filled with youthful playmakers.

The Cowboys had Berry in for a look during the early part of free agency and passed. Maybe it was the medical situation they weren’t comfortable with or maybe the Berry camp was asking for too much of a contract. Now is the time when bargains are had. Berry would certainly be a great locker room presence, but does he have anything left for on the field?

If the Cowboys don’t think Berry has anything left, there’s another younger and healthier safety who could certainly help. That’s Tre Boston.

The Ringer thinks Dallas is the logical destination.

Why he remains unsigned: Great question. He is only 26 years old and has missed just three games in the past four years, so neither age nor injury is keeping him from signing. Boston himself has expressed frustration with the lack of interest he’s received in free agency the past two years.

Where he should go: Dallas. The Cowboys are tied for the 25th-most takeawaysin the past 10 seasons. In the past two seasons combined, Dallas has 19 interceptions, tied for 29th in the league, while Boston has eight interceptions in that span, tied for the sixth most for all players in that period and twice as many as the nearest Cowboy, Jeff Heath.

Where he will go: Dallas. The team didn’t seriously pursue Earl Thomas in free agency despite his “come get me” pleas, missed on Eric Weddle, and passed on the promising safeties on the board with the no. 58 overall pick (Delaware’s Nasir Adderley, Virginia’s Juan Thornhill, and Washington’s Taylor Rapp) to draft defensive tackle Trysten Hill. Safety is the biggest hole Dallas has left, and Boston could be the difference between Dallas winning the NFC East or not.

It’s hard to argue against this. The signing of George Iloka certainly doesn’t preclude the Cowboys from going after another free agent safety. Boston’s case is curious as no team has jumped on signing him to a multi-year deal. If he’s willing to do a one-year deal of moderate value, you have to wonder why the Cowboys wouldn’t do it. Their belief in Jeff Heath as a starter is mystifying.

For the Win at USA Today also like the pairing of Boston and Dallas.

For whatever reason, Boston has had trouble finding work during the early part of free agency in recent years, but wherever he ends up, the versatile safety produces. He can play deep or in the box, and his coaches do not have to worry about him being exposed in coverage. Boston isn’t a game changer, but he’ll shore up any secondary he lands with.

The Cowboys, a team with Super Bowl aspirations (no matter how unrealistic they may be), cannot go into another season with Jeff Heath penciled in as a starter. Dallas brought in George Illoka to compete for a starting job, but it’s been a while since the former Bengal has produced at the level Boston has these past two seasons.

Then there is the big fish still out there. Ndamukong Suh. He’s waiting, but he’ll eventually sign a one-year deal somewhere. Dallas has been mentioned when talking about potential landing spots.

Why he remains unsigned: Suh wasn’t great for Los Angeles for the first three months of the season, but he flipped a switch for the Rams’ stretch run in December and January. The positive view is that he’s a veteran player who can save his best for when it counts most. The cynical perspective is he lollygagged for most of the year and then turned on the jets to get a profitable deal in 2019. Teams may not want to invest in Suh beyond a one-year contract.

Where he should go: If any executive is willing to take a flier on a veteran whom other teams consider past his prime, it’s Broncos president of football operations John Elway. The man loves his vets (see: Flacco, Joe). Suh could cause havoc and play from multiple spots on new head coach Vic Fangio’s defensive line, and he’d be bolstered by edge rushers Von Miller and Bradley Chubb, which might be even better than seeing him play alongside Aaron Donald.

Where he will go: Dallas needs to bolster its defensive tackle rotation, so bringing Suh on makes sense. The Cowboys don’t have the long-term cap flexibility to sign him beyond this year, but they are one of the more logical spots for a 2019 arrangement.

A starting defensive line of DeMarcus Lawrence, Ndamukong Suh, Maliek Collins/Trysten Hill and Robert Quinn sounds enticing. Suh destroyed the interior of the Cowboys line in the playoff game. On the other hand, would he clash with Rod Marinelli’s “hustle all the time” mantra? Could he cause friction in a seemingly harmonious locker room?

Signing Suh would be the ultimate “all-in” maneuver by the Cowboys.

Should they be “all-in”?