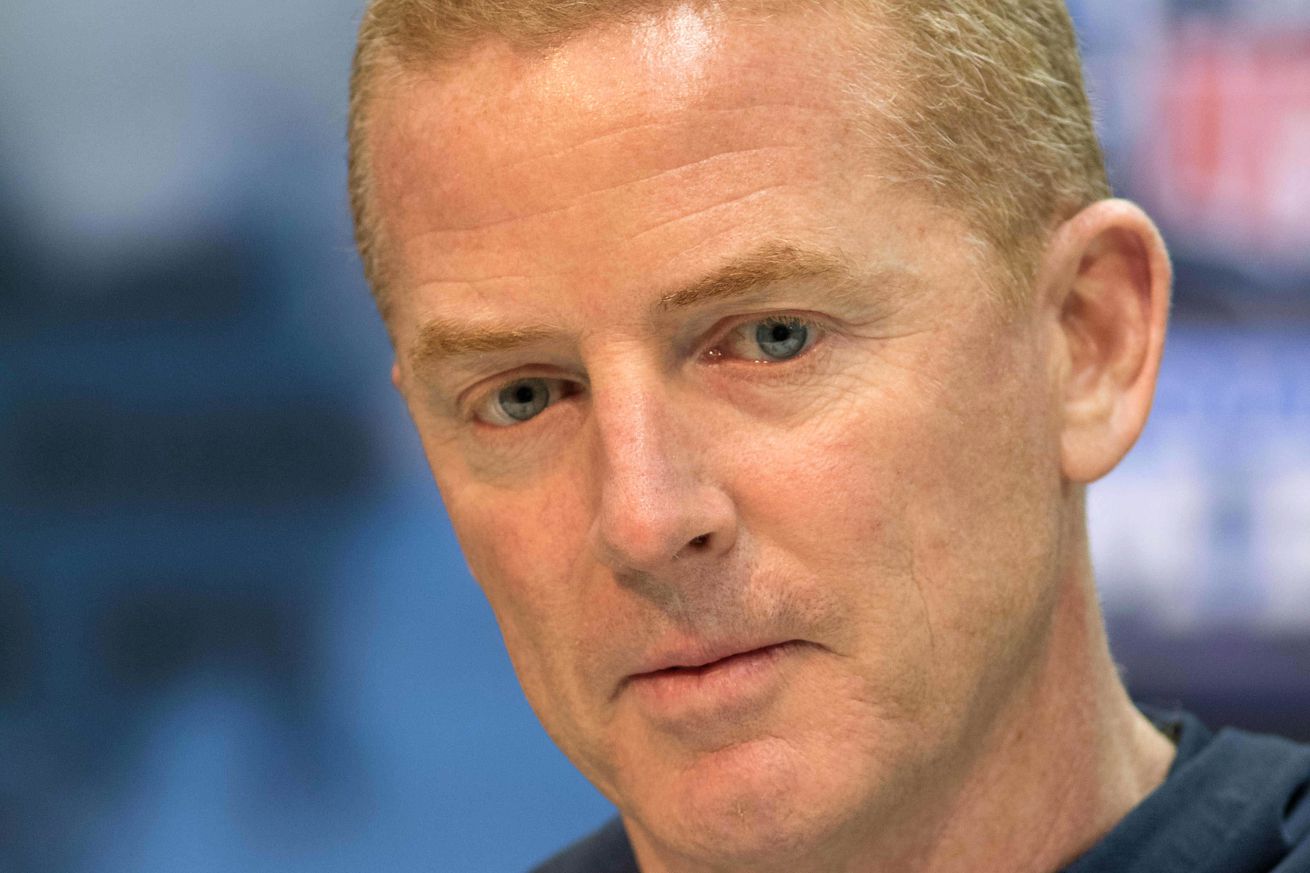 Coach fills us in on the first day of rookie minicamp for the Cowboys.

The Dallas Cowboys got together for the start of their rookie minicamp today at the Star. 31 players are participating in the camp, and after day one Jason Garrett held a press conference.

Evaluation for Cowboys rookies involves everything

Jason Garrett didn’t specifically say that it was a mental edge that the Cowboys were looking for, but that they are finally getting a chance to see how their new players move around.

He noted that you’re looking for how quickly guys pick things up, how coachable they are, and steering into that is the overall purpose of rookie minicamp considering it’s not a full and traditional practice.

Coach reflects on what it means as a rookie

Coach Garrett said that he feels it’s important to reflect back on his own experience at rookie minicamp noting that these are all big moments for the players. It’s the first time they’re seeing their name on their locker, putting on the helmet, and putting on a Dallas Cowboys jersey. He explained that it can often be intimidating so that they’re treating the overall process as more of a rookie orientation than anything.

The message that the Cowboys are trying to relay to their rookies at this time is how great of an opportunity this is. There are tons of people in their lives that have helped them get to this point and Jason Garrett summarized it by saying ultimately the players have earned this opportunity. He expressed a desire to impress the idea that they’ve earned a great opportunity for themselves and that now it’s time to take advantage of it. He also noted that this is the time where they lay out the expectations of the coaches, staff, and Dallas Cowboys as a whole.

Given the history of the franchise what it means to have Larry Allen Jr.

The Cowboys have a bit of a legacy on their hands in Larry Allen Jr. Jason Garrett noted that Larry Allen is one of the greatest players to ever play in the NFL as a whole, certainly within the Cowboys. He shared that Allen was a great player and a great man, and that young Larry is obviously someone that they’ve known since he was young (he even joked that they tried to recruit him to Princeton). Garrett also noted that he had a conversation with Allen’s Harvard coach who endorsed him “to the highest.” Obviously the Cowboys and Jason Garrett are looking for “the right kind of guys” and if Allen is anything like his father the Cowboys may have something special on their hands.

Ultimately Garrett went out of his way to clarify that Larry Allen Jr. is with the Cowboys today because he’s a really good football player. He noted that it’s obviously a great story given his father, but this is about football and nothing else.

The role of Kellen Moore

Asked what he’s telling offensive coordinator Kellen Moore in a week like this, Jason Garrett was quick to highlight how great of a job that Moore has done over the offseason. He noted that this whole minicamp is an opportunity to get better and that they try to do that, but a lot of it is about the team and staff overall together as one. He noted that when you have new staff members you have to keep reaffirming that. He said that he’s heard from other coaches that this can be like “practice coaching” but that they don’t feel that way.

Jason Garrett was asked if there was a singular moment that he remembered from rookie minicamps and while he stuttered for a bit he then called back to Dak Prescott. He said that he got on to Dak initially becasue he wasn’t used to doing things from under center and about putting weight on one foot and all sorts of things, but that it was amazing how Dak processed the information and that he continued to get better with every repetition. By the end of practice it wasn’t a problem.

He said he kind of walked off of the field feeling that “this kid” was really interesting. Obviously the story of Dak Prescott is well-known.

The role of an undertackle in this defense

Asked how he would describe a typical undertackle Jason Garrett said that the word that comes to mind is “explosive.” He said that he looks for someone who’s strong and powerful that can disrupt things in the run game. He referenced Warren Sapp who Rod Marinelli had with the Tampa Bay Buccaneers, noting that they’re looking for a guy who can “raise hell” and “cause havoc.” He explained that having some of those physical traits can make a real difference.

Ezekiel Elliott has been used a lot over his first three seasons, and his workload has been discussed a lot. Jason Garrett noted that Zeke caught a lot of passes for the Cowboys in 2018 and that his ability to do a lot of different things helps the offense as a whole.

Garrett also noted that the Cowboys believe in being able to be different and be able to get other people involved at the running back position. He was quick to emphasize that Elliott will obviously be used a lot but if they’re able to get someone in that can do something with their opportunity then that’s something that they want to explore.

Tony Pollard is an interesting player for the Cowboys and a lot has been said about him being more of a gadget guy. Jason Garrett said that they saw a lot of him at the Senior Bowl and that Pollard is very productive in a lot of versatile ways.