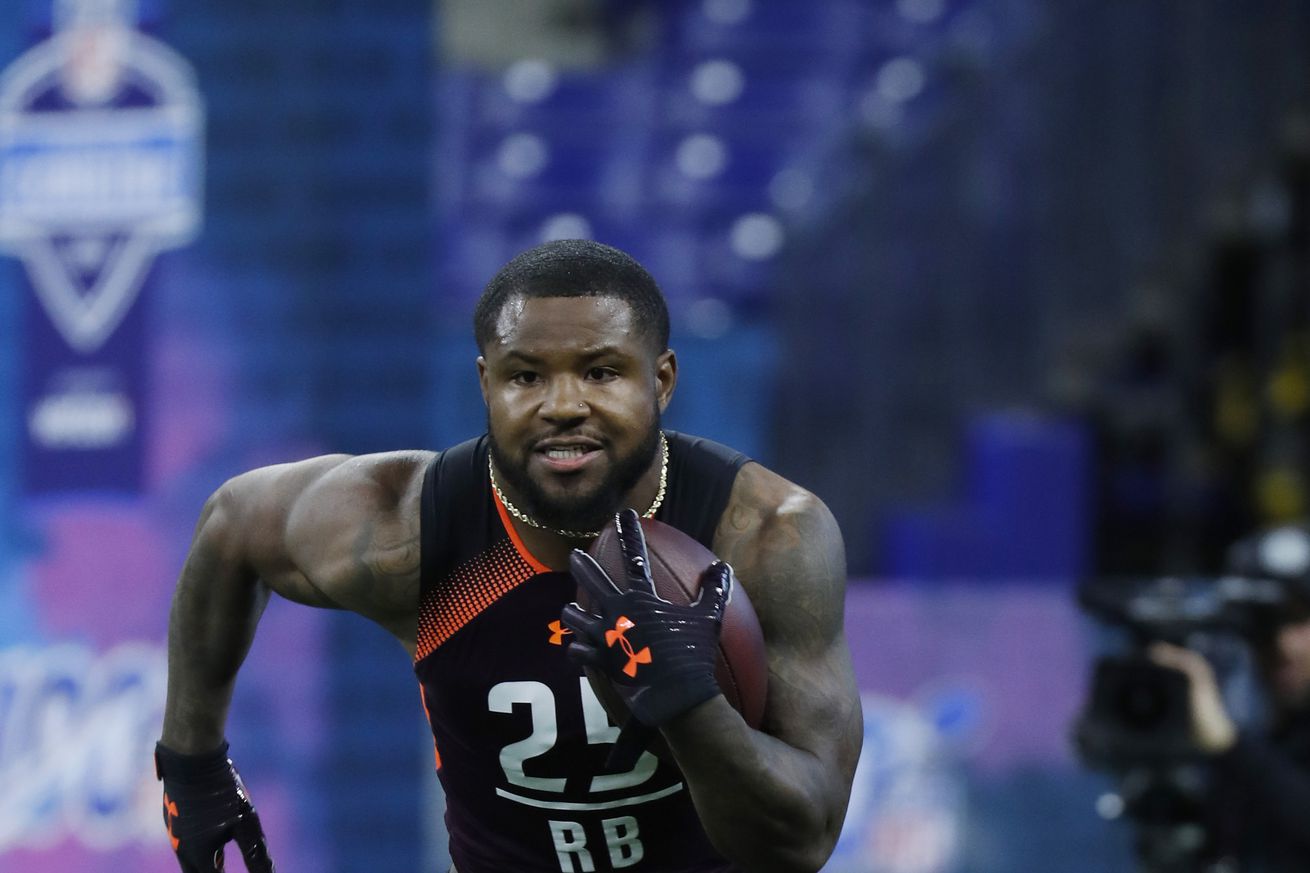 Cowboys backup running backs are in the news.

The Dallas Cowboys double-dipped in the 2019 draft in order to give Ezekiel Elliott some solid backup help. In the fourth round they picked up Tony Pollard, then in the seventh round they added Mike Weber. At rookie mini-camp, Mike Weber has already picked up an injury.

But the plan hit what is hoped to be a minor stumbling block on Saturday when Weber injured a knee during the morning “jog-through’’ minicamp session here at The Star.

The Cowboys medical staff is doing an evaluation of the condition of Weber, but did not participate in the afternoon session.

“They’re going to get an MRI and just kind of check it out,” head coach Jason Garrett said.

That’s some bad luck when you get an injury at a “jog-through” session. Hopefully it is nothing serious for Weber who is though to be the top candidate for the primary running back backup spot. Or is he?

Weber has been designated for that spot because there is a belief that Tony Pollard is not an every-down back, but more of a gadget guy. The Cowboys don’t believe that.

“I know people think he’s going to be this gadget guy,” Cowboys running backs coach Gary Brown said. “He’s more than that. He’s bigger than what you think he is and he runs powerful for a guy you think is a gadget guy. I think he can do all our runs and more.”

Jason Garrett said something very similar in his Friday press conference. The Cowboys think Pollard can do a lot of things, and part of that is carry the load as a regular running back.

The early comparison for Pollard is Alvin Kamara; Pollard sees something in that.

“Me and him are similar in ways that we play,” Pollard said. “Just being able to do more than one thing, line up in the backfield as a running back, mismatches with the linebackers, running routes out of the backfield, making plays on special teams.”

But Pollard is losing site of being a typical backup running back, either.