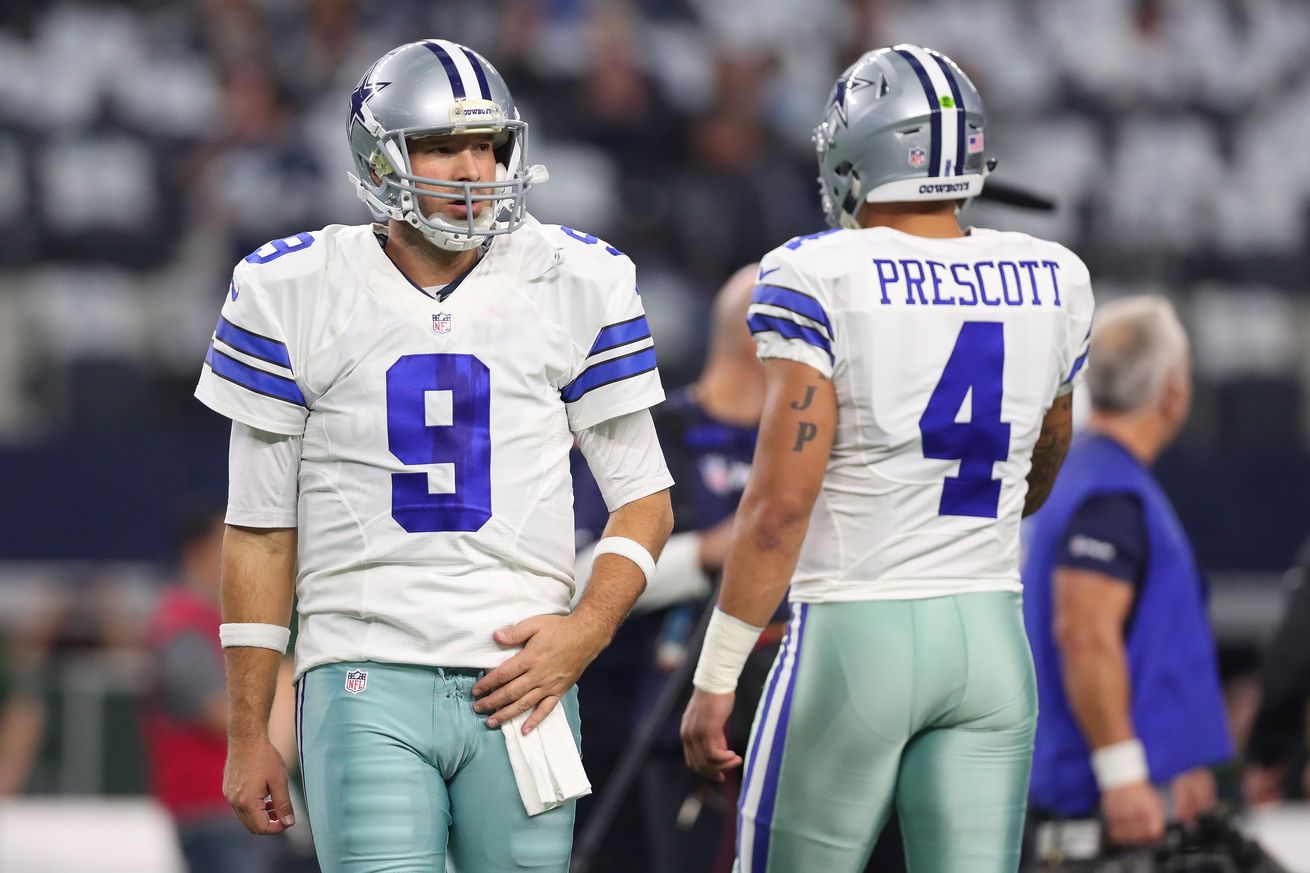 As we wait for Dak Prescott’s new contract to be finalized, we see how he compared to his predecessor.

On Saturday morning the great Bob Sturm launched a stat about Dak Prescott’s redzone rushing ability into the stratosphere and I couldn’t stop thinking about it.

What Dak can do on the ground is quite obvious, he has 18 rushing touchdowns over three years for crying out loud. It’s one of the many tools in his belt, a belt that many people believe is legitimate enough to warrant a big payday for the young signal-caller.

We’ve spent a lot of time talking about Dak Prescott’s pending contract and there are a lot of opinions on whether or not he should get a big one (there are really two… yes and no). In the spirit of trying to look at how the Cowboys in particular handle contracts of this variety, I thought back to the last time they handed out a big-time extension to their most important player, a quarterback. That would be Tony Romo’s deal back in 2013.

Romo got his deal at a very interesting time considering Joe Flacco had just sort of reset the quarterback market after winning Super Bowl XLVII for the Baltimore Ravens.

There were plenty of people who were upset when Romo got his deal on that fateful March day six years ago (re-visit the original post and check out the comments if you’d like), unless you’re Aaron Rodgers or Tom Brady there’s going to be someone mad because… it’s the internet.

Thinking about Romo then and Prescott now, I wondered how the two compare. Obviously things are different, but given the way Romo developed after his new deal (specifically the 2014 season) it’s fair to say people aren’t mad about it in hindsight despite him only starting 34 games after signing it. Here are Romo’s three seasons that preceded his big deal in 2013 and Dak Prescott’s that have led us to this point.

Obviously things were very different for the Cowboys from 2010-2012 than they have been over the last three seasons, but this data is very interesting. For what it’s worth, in both three-year stretches an NFC East rival won the Super Bowl in the second season (Giants then, Eagles now), Tony Romo’s teams were 2-4 in total against New York in that stretch while Dak’s have gone 4-2 against Philly (although the season finales in both of his first two seasons – a win and a loss – were both moot games).

The overall point here is that there were definitely people who were upset about Romo’s deal at the time, and he more than justified it, and that’s despite how little return the team saw on it from a games played standpoint. Dak has shown all the reasons in the world to believe he’s an ascending player… looking at what the first three years of Prescott is next to a later-career Romo has to make you feel optimistic.

When the Cowboys finally do end up signing Dak Prescott to a huge deal there are going to be people that are miffed, it’s unavoidable. Just remember what things were like six years ago though and know that a lot can change. Sometimes it doesn’t even take that long.