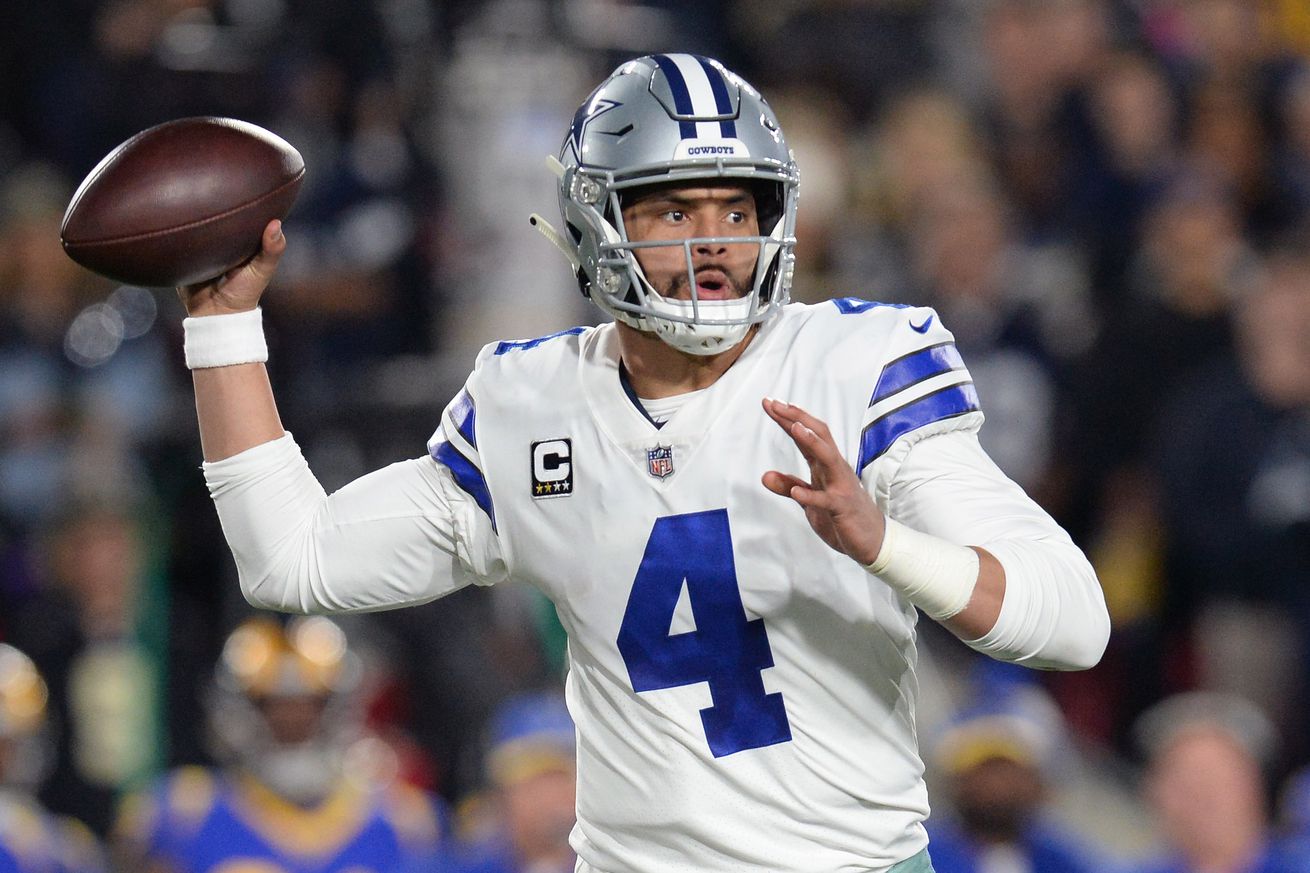 The Cowboys quarterback speaks out about contract negotiations.

Wednesday night served as the latest opportunity for select Dallas Cowboys to meet with the media as they took part in the 2019 Reliant Home Run Derby.

This has become an annual tradition for the Cowboys where their more prominent players participate in the derby and have some fun. Who doesn’t like that? The likes of Dak Prescott, Ezekiel Elliott, Amari Cooper, Sean Lee, and Jaylon Smith and were out and about and as mentioned, spoke with the media.

As we’re in the middle of May there isn’t a whole lot going on with the Cowboys, well except the pending contract of their franchise quarterback. Dak Prescott is indeed due to get paid should he and the Cowboys agree to terms and as you can imagine he was asked about the subject.

For what it’s worth, Prescott seemed just like most players across the NFL when the subject of contracts comes up. He deflected in a political way, mentioned that he’s focusing on making himself better as a quarterback and a leader, and he noted that he wants to be a Cowboy “forever.” Watch below.

“My only focus is within the locker room.”@Dak says he’s not worried about getting a new contract. He’s confident it will get done.@dallascowboys @wfaa pic.twitter.com/BDslDdt55B

It’s great to hear that kind of answer from Dak, but these are the sorts of things that take time. We know that the Cowboys have already made at least one offer to Prescott and his team, however long negotiations are going to go remains to be seen.

The Cowboys quarterback was not the only person to be asked about the state of his contract as fate would have it. His backfield mate Ezekiel Elliott (who is also eligible for an extension) had to field questions about it. He doesn’t seem worried either.

It had previously been reported that Elliott wanted a contract extension this offseason. Dallas picked up his fifth-year option so for now he’s under contract with the Cowboys through the 2020 season.

Los Angeles Rams running back Todd Gurley got his big extension after his third year with his team, a move that came last offseason. As the NFL can at times be a copycat league people have been wondering if Elliott and the Cowboys would follow suit.

Of course, Dallas has previously had to negotiate with DeMarcus Lawrence and still have Prescott, Elliott, Amari Cooper, and Byron Jones all pending just before they can start thinking about anything beyond that.

It’s contract talk season. Get used to it.