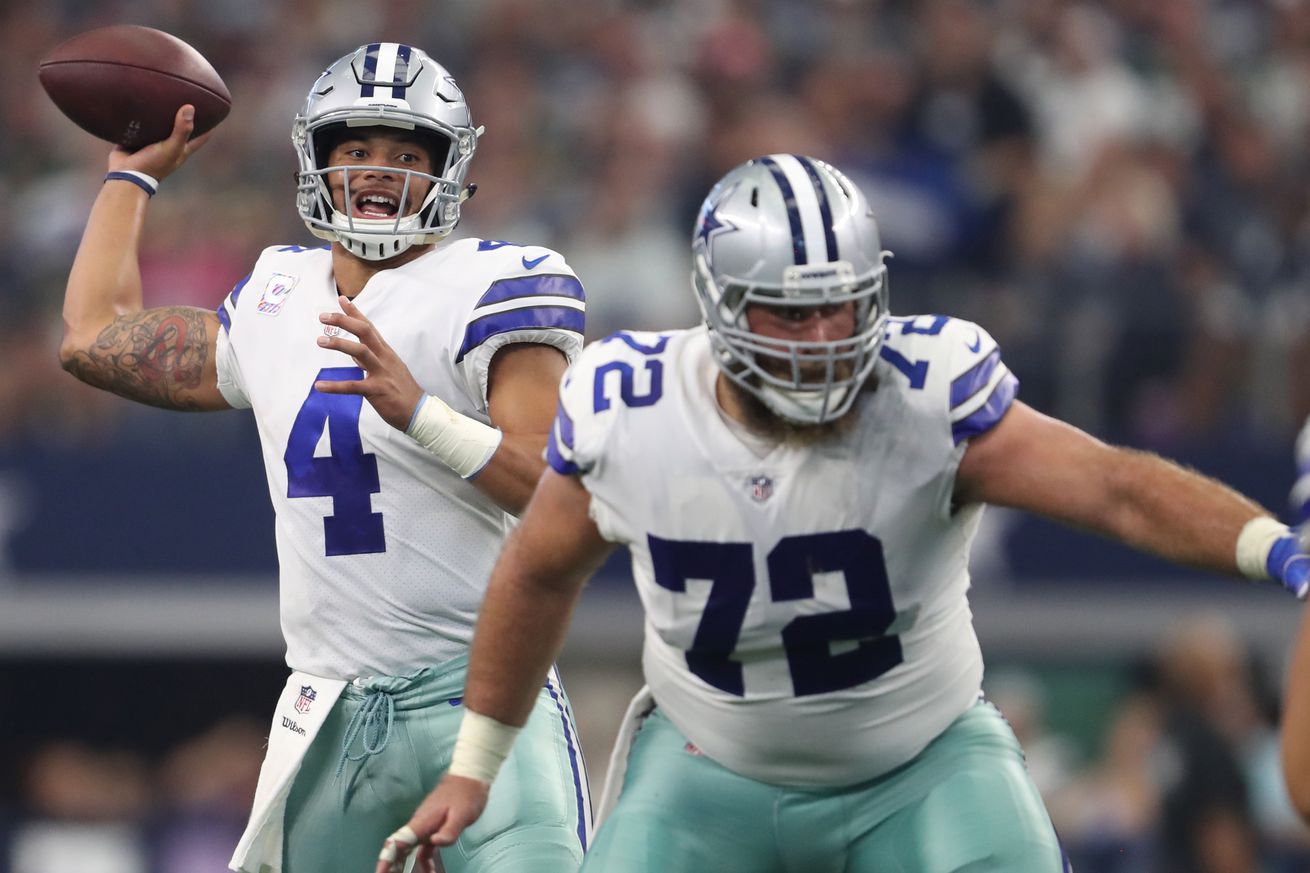 The Cowboys stud center is overcoming multiple health issues in an effort to return to the field.

Before Travis Frederick can get back to protecting Dak Prescott and opening up holes for Ezekiel Elliott, he’s going to have to overcome some health issues. When discussing Fredrick’s health, we tend to focus on his recovery from Guillain-Barré syndrome. Rightly so, as the disease wiped out his 2018 season and can linger and cause problems for a while. But Frederick is also being restricted because he had shoulder surgery, something that will keep him from fully participating in the upcoming OTAs and minicamp.

“I’m just getting to the end of the quote-unquote recovery program, if you will, for a shoulder,” Frederick said. “[Strength and conditioning coach Mike Woicik] has got a program that he’s been doing for a very long time to get guys back from shoulder injuries, and I feel like I’ve been successful in that program and he’s been impressed with my results, so that’s good. But as far as the overall strength of it, I really do feel confident in that strength, and I feel like I’m back to a level that’s where I would expect to be after a certain amount of training.”

The shoulder surgery is a minor setback even if it does keep him from fully participating in the offseason program. That has a finite end where he will be good to go. More worrisome has always been the Guillain-Barré syndrome, something that is much harder to deal with. That issue kept him from having the shoulder surgery right away because his doctors wouldn’t clear him for it until he had progressed enough in his battle with Guillain-Barré, so finally having the surgery was a good sign.

Frederick believes everything is going to plan on his recovery from GBS, but he won’t really know until he straps on the pads and hits someone in real action.

“I think that’s where we are in the point of recovery, and I think that’s going to be an important step to my return, being able to go through [practice in pads], and there’s going to be rust,” Frederick said Tuesday at his Block Out Hunger Foundation’s event. “You’re going to have to knock the rust off during training camp and get back to doing those. You can do the movements on air as much as you want, but it’s not until you’re going against a live person that you feel football.”

One of the oddest things let Fredrick know he was well on his way to recovery from the disease – a stubbed toe.

One of the more profound moments in his return, Frederick said, came late last season when he stubbed his toe, which let him know his feelings were returning.

”You kind of get used to it after a while, which is kind of weird, and so then all of a sudden, ‘Oh yeah, I guess I can feel that now,’” he said. “I stubbed my toe and it hurt. It hurt a lot. So, at that point it was a good thing because there were times I’d kick the wall and I got nothing out of it.”

It’s a long road to recovery, and Frederick still has a meeting upcoming with neurologists to discuss his Guillain-Barré syndrome but he believes that’s about long-term issues and not anything related to his immediate ability to return to football.

He’s doing everything he can to return in 2019, but until he puts on the pads and starts hitting, there are still questions.