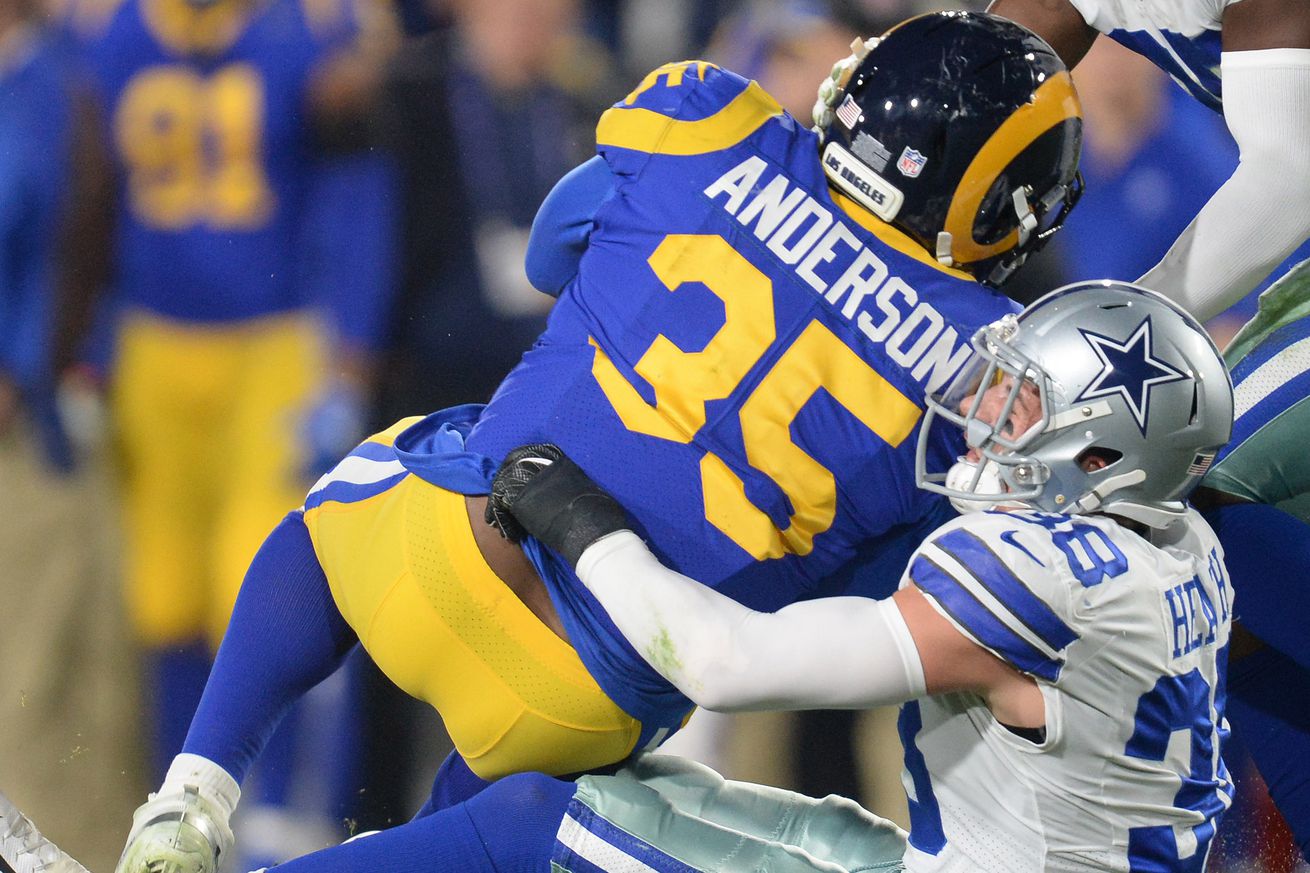 The GOAT is in for some stiff competition at the safety position.

If nothing else, Jeff Heath is a survivor. From his entry into the NFL as an undrafted free agent to his rise to a starting safety, he has survived all challenges. Now he has to do it again. He formed one half of the Cowboys safety duo last year, but Xavier Woods is the one whose job is safe while Heath will have to fight for his playing time once again. Same as it ever was for Heath.

“People forget how I got into this league. I was an undrafted player. I had one scholarship out of high school – one scholarship offer,” he said at the Cowboys’ annual Reliant Home Run Derby. [“]I’ve never been handed anything in my entire life. And every year I’ve been in the NFL, I’ve had to earn everything I’ve gotten.[“]

“So this year is no different. I kind of answer that question every year the same way, but I’m just going to keep giving you guys the same answer.”

Heath’s main competition is going to come from George Iloka. Like Heath, he is a versatile safety but would seem to be more comfortable in the box than back as a single-high free safety. Fortunately for Dallas, Woods seems more than comfortable playing the free position, leaving Heath and Iloka to battle for the primary box safety spot. In the Cowboys scheme, though, the safeties often switch roles so they need interchangeable players. They have that, to some extent, in Woods, Heath and Iloka.

Heath is a brilliant athlete who shines on special teams, but his penchant for bad angles and reads have led to him being out of position far too often. Pro Football Focus saddled Heath with the most missed tackles against the run by a safety in the NFL during the 2018 season. That would seem problematic for a player who is in the box as often as Heath is during a season.

On the other hand, Iloka is a solid tackler. We turn to our friend John Owning for this:

At 6-foot-4, 225 pounds, Iloka has the appearance of a physical tone-setter. But like your mother always said, don’t judge a book by its cover — Iloka is actually a conservative safety who opts to wrap ball carriers up instead of looking for the finishing blow. His size and length do help him condense throwing windows when in short-to-intermediate zones, making him an above-average coverage safety in and around the box.

This is setting up to be a pretty good camp battle. But competition is nothing new for Heath. It seems every year he’s being talked about in terms of being replaced. Heath does have a penchant for making big plays in key situations, leading to his somewhat derisive nickname as the GOAT. Crucial interceptions and his forced fumble on Derek Carr a couple of years ago are examples of how Heath comes up big at times, but it is the consistency of the every-down play that plagues Heath. The missed tackles and bad angles have led the Cowboys faithful to ask for his benching on more than one occasion.

Sixth-round pick Donovan Wilson could also find himself in this mix. He’s already become a pet cat for some. Training camp and the preseason games will be the test for Wilson to see if he can nudge his way into the competition, but a betting man would put his money on a competition between Heath and Iloka for the starting spot. One thing Heath has in his favor is the backing of the Cowboys front office. They have always believed in Heath more than the fanbase. Still, the fact they brought in Iloka and added Wilson in the draft would lead one to think there is a competition at the position.

Who ya got BTB as the starter opposite Xavier Woods?