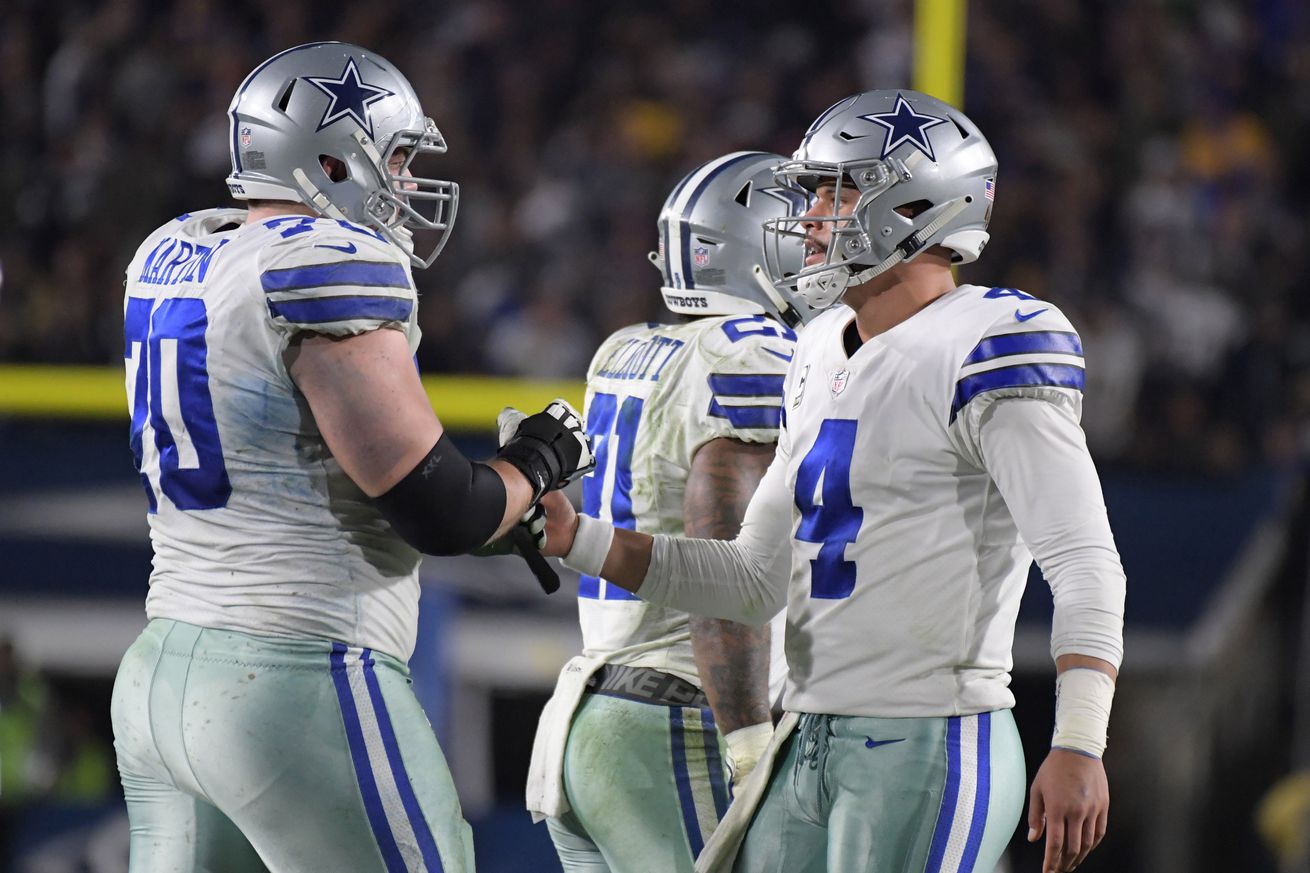 The Cowboys have been masterful in their roster building as of late, it could make a big difference on the field for years to come,

Can you feel the energy around the 2019 Dallas Cowboys? We’re not just talking about the annual energy the fan base feels post-free agency and draft, though that’s part of the excitement every offseason. Every NFL front office are optimists around this time of year but the Cowboys’ brass seem even more energized with their accomplishments this offseason. You have to give the personnel department a hand for what looks to be one of the more balanced Cowboys’ rosters in years. However, this isn’t just about this season, the Cowboys have made critical decisions over several years in hopes to build a consistent winner.

During Will McClay’s time running the draft process, the Cowboys are averaging 9 picks per year and finding and average of 3 starters per draft. They’ve drafted 5 All-Pros since 2014, an average of 1 per year.

The Cowboys have stated countless times how much they value Will McClay and the praise he receives is well-earned. Over the last five years, the Cowboys have won the NFC East three out of five tries but let’s just focus on what the new regime has done. In the last three seasons Dallas has a win/loss record of 32-16 and two division titles. That’s the best three-year stretch since the 2007-2009 Cowboys under Wade Phillips were 33-15 in his first three years as head coach. That 32-16 is also third-best in franchise history with 1992-1994 reigning supreme (37-11). Today’s NFL makes it harder to find consistency year-over-year and the Cowboys are well aware that they haven’t done enough over the past two decades.

What has been the Cowboys biggest obstacle other than a few wild playoff tussles with the Green Bay Packers? It’s been handling and building on success and a big portion of that has been attributed to their philosophies in roster building. The Cowboys have made it very clear that they do not want to rely on free agency as a major building block. The inflated contracts for players on the open market has turned many of the upper echelon franchises away.

With that said, the Cowboys learned that you don’t have to spend the most money to shop aggressively and take advantage of free agency. The Cowboys currently rank 31st in total free agency spending with just over $24M. All that really matters is what you spend in guarantees, which the Cowboys spent only $8.2M, 32nd in the league. Even though they kept the expenditures low, they added pieces to the roster that are a step above the bargain talent levels they tend to go after. That’s where the aggressive shopping came into play, the Cowboys took advantage of the one-year prove-it deals made famous by the New England Patriots. You can still land above-average talents if you know where to look.

Robert Quinn is not your run-of-the-mill bargain free agent, he’s been the victim of scheme change and attrition. Quinn has still managed to average just under 6.5 sacks over the past three years. The Cowboys will start Quinn opposite of their new $105 million-dollar-man, DeMarcus Lawrence, an instant boost to the pass rush. Randall Cobb might have had a couple of injury-riddled years in Green Bay but is still under 30 and Dallas got him at a significantly lower price tag than what it would have taken to re-sign Cole Beasley. Don’t forget about three quality depth additions to the defense in safety George Iloka and interior linemen Christian Covington and Kerry Hyder. Each of those guys had solid production in limited playing time, not to mention, they all have playoff experience.

The Cowboys still maintained their principles of free agency but through a little manipulation, they came out with much more impact potential. Speaking of impact potential, that carried over into their draft strategy. Kris Richard’s argument for a disruptive, quick-twitch penetrating defensive tackle ultimately won the argument with the addition of Trysten Hill. The Cowboys also kept the tradition of adding top offensive line prospects going strong with Connor McGovern. They added more playmaking ability in the backfield of their offense and took a chance on traits to round out the three-day process.

A bird’s eye view of this roster would suggest that the Cowboys are ready to take that next step. They have without a doubt the deepest offensive line in football, anchored by All-Pros Tyron Smith, Travis Frederick, and Zack Martin. Behind them are a handful of backups that could easily start on several NFL rosters. The offense is led by three multi-time Pro Bowlers in QB Dak Prescott, RB Ezekiel Elliott, and WR Amari Cooper, all 25 years or younger. Those three players are likely to receive new extensions fairly soon. The defense has two young studs at linebacker with Jaylon Smith and Leighton Vander Esch. The aforementioned best edge rusher is locked up long-term with reinforcements around him.

The Cowboys have every right to feel confident in this roster both now and in the future. Now, it’s up to the guys on the field to do something the Cowboys haven’t done in over a decade, make the playoffs in back-to-back seasons. From there, all bets are off but this roster might be strong enough to make the Cowboys a team to bet on.