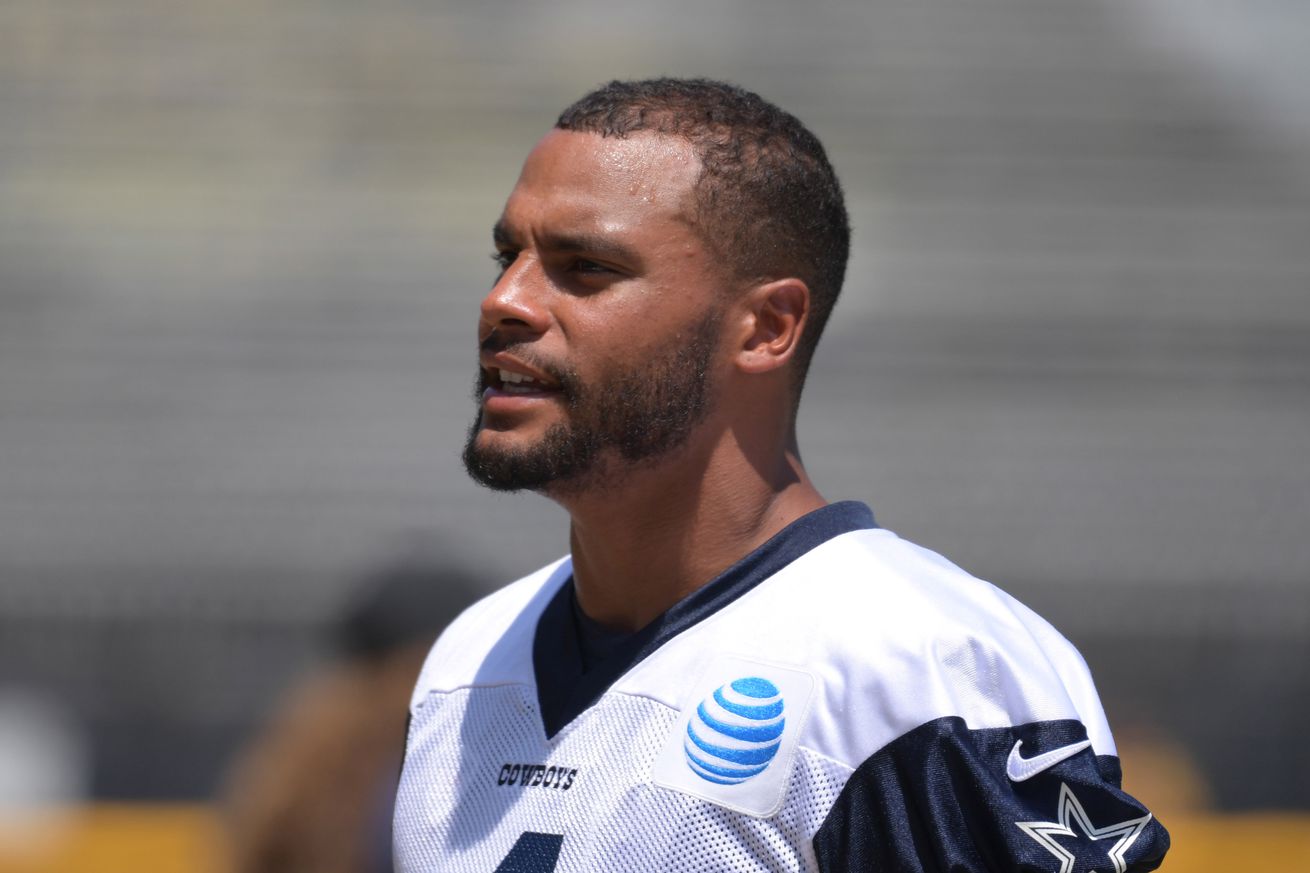 The first indications of the 2019 Cowboys came today.

The media was allowed to watch today’s Dallas Cowboys OTA practice after a closed session yesterday. Let’s check in on what happened. First, the non-participants.

DeMarcus Lawrence (shoulder), Byron Jones (hip), Christian Covington (calf), Taco Charlton (ankle/shoulder) and Allen Hurns (ankle) will not work during the nine OTAs, and Jason Garrett said the hope is Tavon Austin, Tyrone Crawford (hip) and Leighton Vander Esch (pelvis) will do more during the next 3-4 weeks. Travis Frederick (Guillain-Barre) and La’el Collins (shoulder) are working through individual drills but not 11-on-11 sessions. Jason Witten, Sean Lee and Tyron Smith are getting a veteran day off.

That’s a lot of veteran star-power out of action, but that is what you would expect this time of year.

There were more guys limited:

With Tyron Smith out and Travis Frederick being treated with kid gloves, the offensive line had a different look.

Rookie Connor McGovern worked with the second-team at left guard

Connor Williams is getting some work at tackle, which could be the long-term plan for him, especially if the Cowboys can’t re-sign La’el Collins after this year. Connor McGovern gets worked in slowly as a rookie, starting with the second string.

On the other side of the ball, it looked like this:

With DeMarcus Lawrence and Randy Gregory out, and Taco Charlton also sidelined along with Tyrone Crawford, Dorance Armstrong gets elevated all the way up to starter. Trysten Hill gets the rookie treatment and will have to work his way up the depth chart.

The first team punt returner was Randall Cobb. And maybe significantly or not, Mike White handled the second-string QB duties.

Then, there was the GOAT.

Jason Garrett called Jeff Heath up front to do the customary pre-practice jumping jacks after team stretch, an honor that is typically reserved for team leaders and — in this case — GOATs. https://t.co/ZQfRNGyuxT