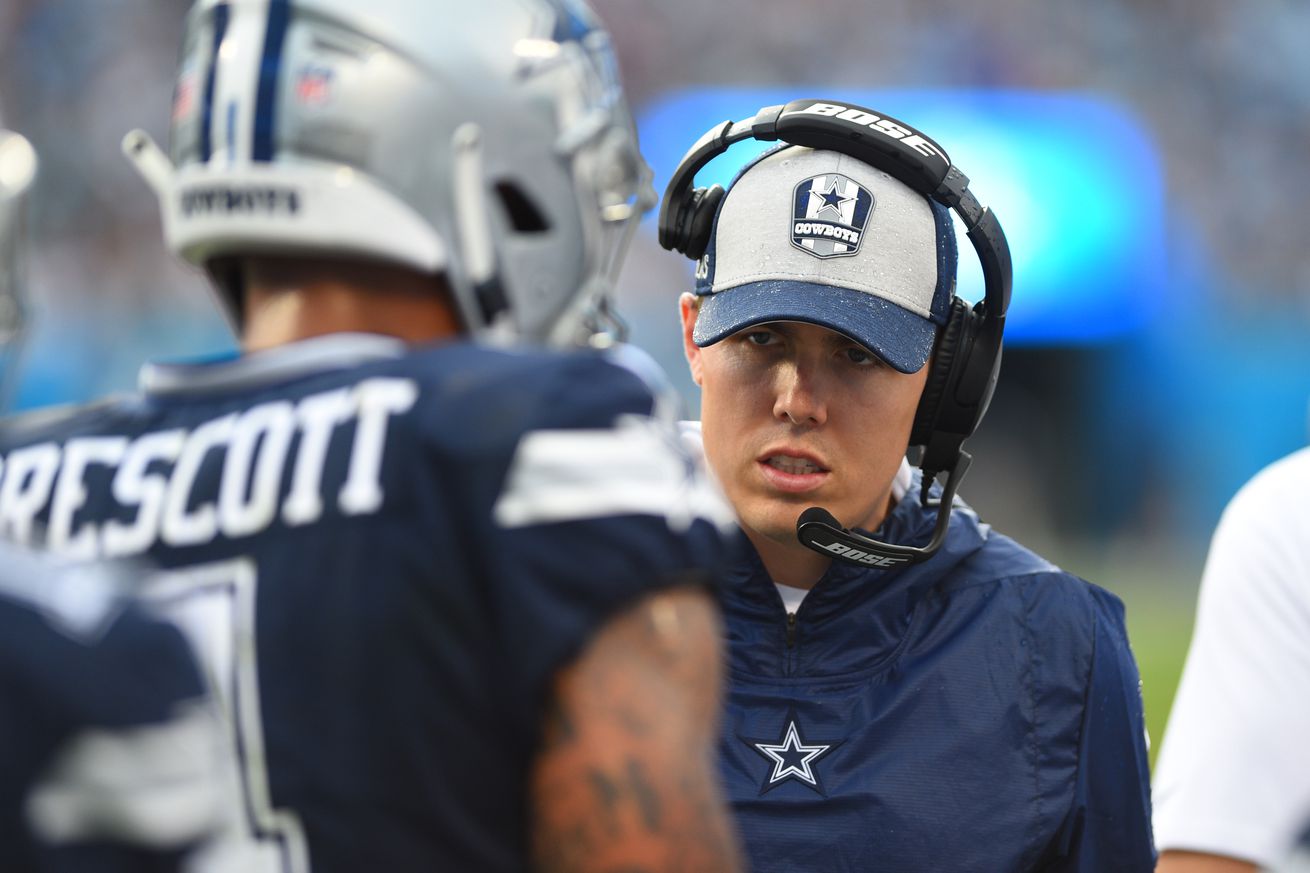 This past Tuesday saw the beginning of OTAs for the 2019 Dallas Cowboys and that’s a big deal considering it’s a milestone on the road back to real football.

These practices serve as opportunities for the team to begin work with new players and more importantly on new schemes and implementations. Dallas doesn’t have a whole new coaching staff to bring in something radically different, but they do have a new offensive coordinator in Kellen Moore.

What Moore is able to do in his first year running the offense he once quarterbacked is going to determine the future of another former signal-caller for the franchise, head coach Jason Garrett. The team’s current man that lines up behind center also has a legacy on the line of sorts as many people want to see Dak Prescott take the next step.

But what exactly will Moore be bringing to the Cowboys? We haven’t seen anything yet so it’s hard to know for sure. What we do have for now is a hype video that the team over at the mothership put out, and it’s important to pay attention to what’s happening in the middle of it… DAK PRESCOTT IS RUNNING THE BALL INTENTIONALLY!

This tiny clip should get you insanely hyped about Kellen Moore. The why will be obvious. (via @dallascowboys) pic.twitter.com/pYiHpL2DkO

Look, no one is trying to tell you that a video less than 10 seconds long that was put out in May is the reason that the Cowboys are going to win the Super Bowl. What we are saying is that it’s insanely fresh to see something fans have been screaming for – designed runs for the mobile quarterback – being put into practice.

Sometimes the best solutions are the most obvious ones. Prescott has 18 rushing touchdowns over the course of his three-year NFL career and his abilities on the ground (especially in the redzone) are among the very best when it comes to quarterbacks specifically. To ignore those traits and assets is indefensible, likely part of the reason that Scott Linehan is no longer in charge of the fate of the offense.

How about a round of applause for Kellen Moore getting Dak’s feet moving? It’s amazing how much work it’s taken to get here, but thank goodness we made it.