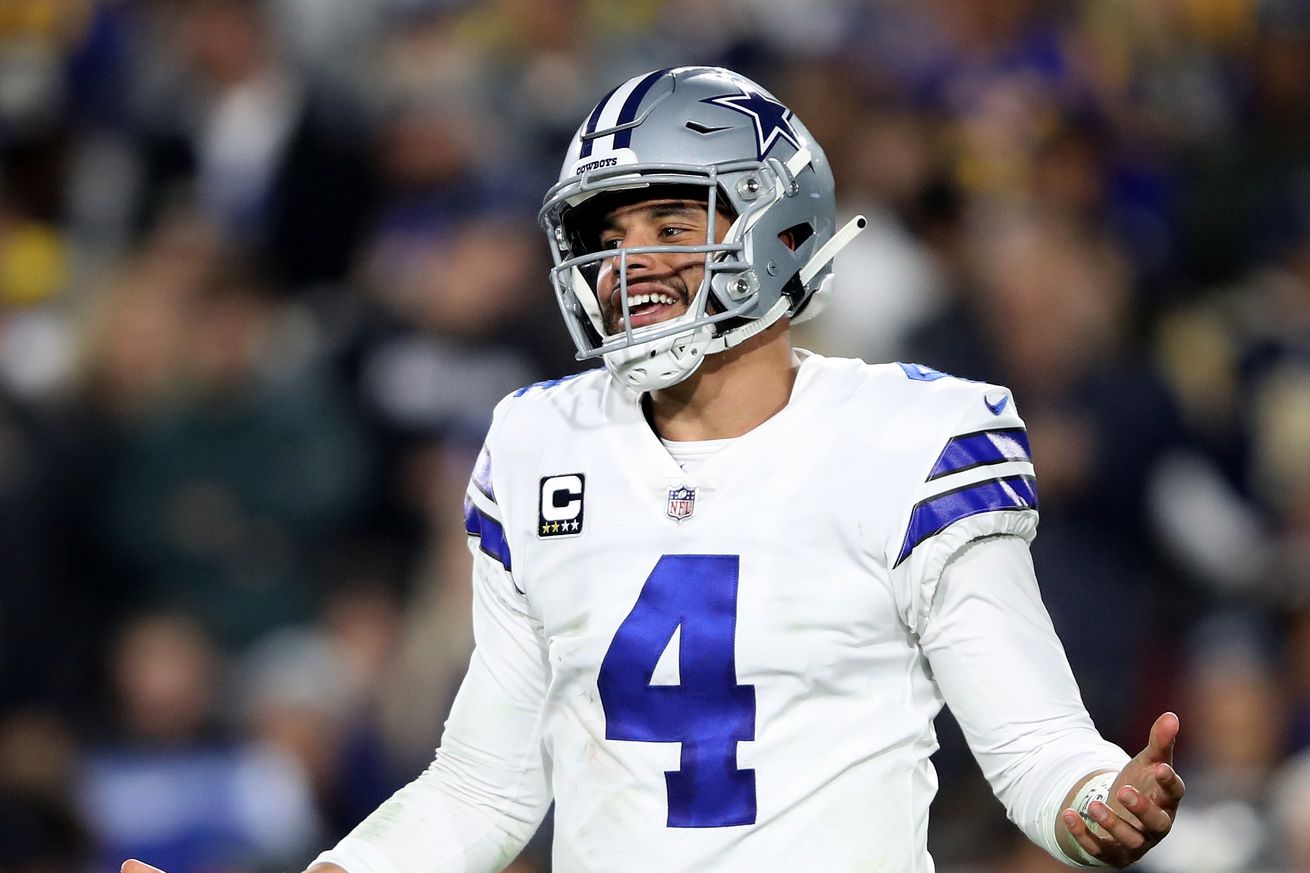 Dak is a good quarterback, but he needs to correct his footwork if this team’s going to take the next step.

From the moment the Dallas Cowboys selected Dak Prescott 135th overall in the 2016 NFL Draft many of us fans were stoked. And it wasn’t because we thought necessarily that Prescott could be the long term answer. We weren’t thinking long term. After all, the team had Tony Romo and he still had plenty left in the tank. Or so we thought.

The happiness from having Dak stemmed more from the idea that he could keep the team afloat should something happen to Romo.

He’s very good at protecting the ball and keeps his passes manageable so he isn’t the gunslinger risk a lot of rookie QBs are. He’ll have a strong running game to work behind and he’ll have plenty of weapons to throw the ball to. And if he doesn’t like what he sees, he can just take off running.

These are all very welcoming traits for a fan that had to sit through the 2015 season where the team only won four games. The combination of Brandon Weeden, Matt Cassel, and yes even Kellen Moore was just dreadful. The team was 3-1 with Romo and 1-11 without him. While Prescott was just a rookie, his skills were good enough to allow the team to still function without their star quarterback. Of course, little did we know that Romo would never see the field again and Dak would take over as the team’s starting quarterback from that day on.

While Prescott was quick out of the gate, leading the team to a franchise-best 13-3 record and earning Rookie of the Year honors, there were still some issues. These matters reared their ugly head a year later after the Atlanta debacle in 2017 when Prescott was sacked eight times in a 27-7 defeat to the Falcons. Dak had clearly been rattled.

The calm, collective, poised quarterback of 2016 had suddenly vanished. His certitude to make the big throws started to fade. And even his most trust-worthy attribute, ball security, started slipping through his fingers. A different Prescott was upon us.

Prescott is the single most influential piece to the success of the Cowboys. Nobody should be surprised by that because he’s the quarterback. Since becoming the new starter, the team has done everything they can to help him succeed. After Cole Beasley was his favorite target in 2016 the Cowboys went out and drafted a Beasley clone in Ryan Switzer. When Dez Bryant didn’t have the fundamentals to mask a decline in athleticism, they went out and got one of the game’s young and most route-disciplined receivers in the league in Amari Cooper. The team keeps piling it on with quality depth along the offensive line and a dynamic running back as rookies Connor McGovern and Tony Pollard have been added to the squad. They’re going all-in to help their new franchise quarterback.

But no change is more important than the new quarterback coach the team has brought in to help Prescott. Once again, Jon Kitna is here to rescue this football team.

2011: Throws 10 passes, one for a TD to buy Romo enough time to put on his cape and complete epic comeback against SF

Dak is a good quarterback, but there are some things about him that haven’t changed very much since his days at Mississippi State. He was drafted because he was a playmaker and he still is. He has the size and arm strength to play the part, and he doesn’t throw a lot of picks. And when you factor in the damage he can do with his legs, who wouldn’t want him on their roster? All of those traits still rings true today.

But so does some of his weaknesses.

Dak’s super sensitivity is to the pressure around him causes him to panic. He doesn’t get through his progressions quick enough and his tendency to use his escape hatch and check down underneath far too often is hurting the offense. His mechanics are off as his footwork still presents issues. And Prescott continues to throw to a target rather than to an area where his receiver is going to be.

Kitna may have never graced the NFL playing fields had it not been for the fact that Seattle Seahawks coach Dennis Erickson traveled to Central Washington to give a tryout to his nephew who was a wide receiver, but it was Kitna who impressed and off to Seattle he went.

A lifelong backup, Kitna got plenty of opportunities to start. Having stints with Seattle, Cincinnati, Detroit, and then eventually Dallas… Kitna always found a way to get on the football field. He wasn’t super talented, but he figured out what it took to get the most out of his ability and that resulted in a 14-year career in the NFL.

And that’s what Kitna hopes to transfer to Prescott.

Kitna is going to try to help Dak go through his progressions quicker so the right throw is being made. This will involve a more conscious effort before the ball is snapped and a faster diagnosis once the play begins. Prescott is a smart player; this is something he can pick up.

Jon also wants Prescott to use his feet better. Not just to jump ship and take off running, but to position himself in a better spot in the pocket when he delivers the ball. Just the slightest adjustment can make all the difference and Kitna has seen first hand what the influence of his former coach Mike Martz has done for him.

“I mean, the stuff Mike taught me, like I said, in Year 11 my arm got stronger, my release got faster and my accuracy went up by teaching me how to work my right foot, ad nausea. So I’m a big believer in it, and we’ve already seen big changes in all of our quarterbacks.”

Everyone believes in Prescott’s ability, but he must correct some of the flaws in his mechanics that have been causing him problems. If Kitna can help improve Dak’s footwork, this could have a resounding impact on the Cowboys offense. If these subtle changes helped turn a game manager like Kitna into a 4,000+ yard passer, then just think of what it can do for Prescott.