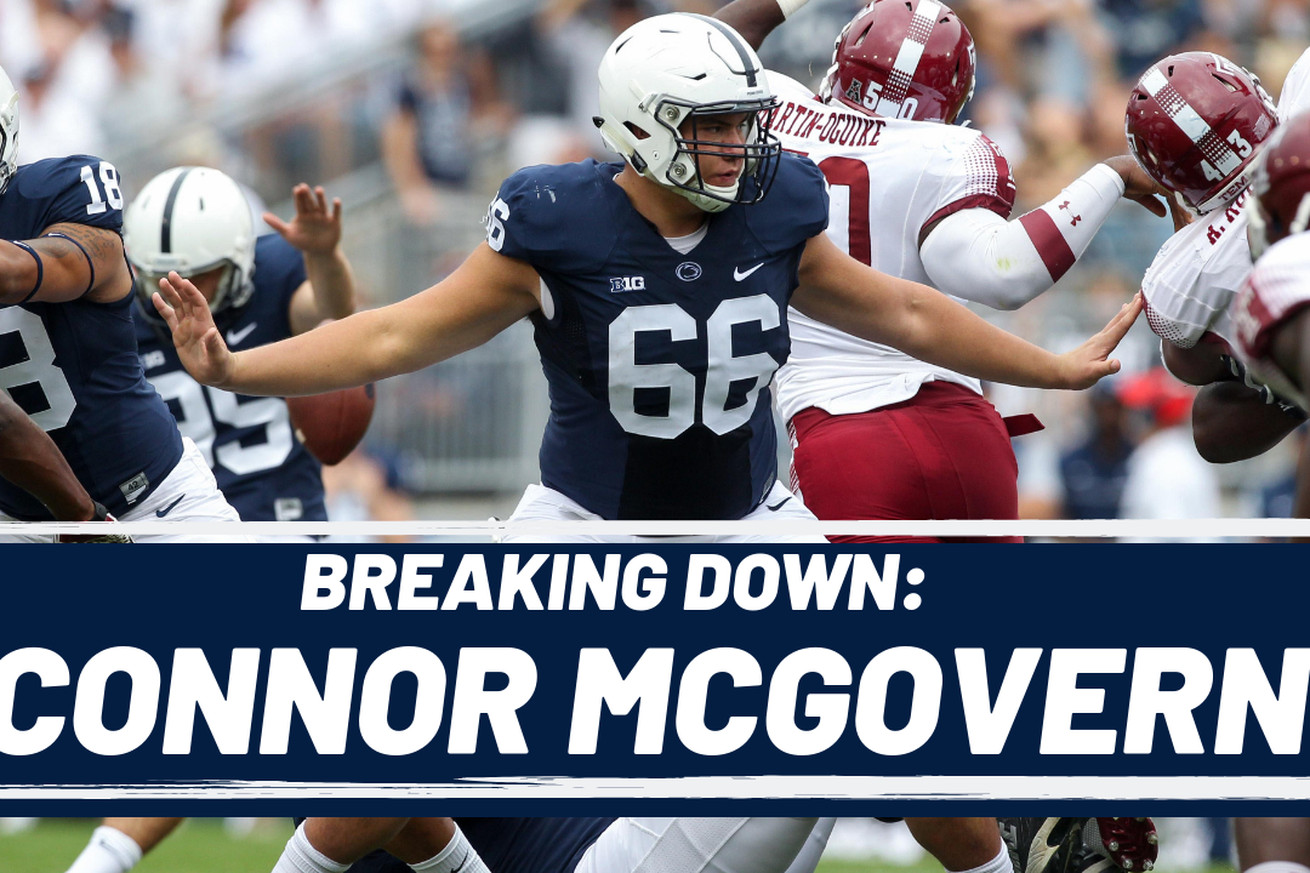 The Cowboys added to a strength by drafting another offensive lineman high in the draft.

The Cowboys offensive line has a long and proud tradition greatness. From Larry Allen and Nate Newton, to Travis Frederick and Zack Martin, the unit has been the foundation of the team’s success for years. They looked to build on this legacy by drafting Connor McGovern in the third round of the 2019 NFL Draft.

McGovern, a 6-5 308-pound guard, comes to Dallas as the former starting right guard for Penn State. The Nittany Lions played a Big 10 schedule that included some tough defensive fronts like Ohio State.

Against the Buckeyes, McGovern was frequently called on to block fellow third-round pick and now Denver Broncos player, Dre’Mont Jones.

On an zone run in the first half of the game, McGovern found himself matched up against Jones. McGovern showed good leverage and great strength as he stood Jones up and drove him three of four yards down the field.

Penn State had a small lead and were driving in the second quarter of the game and found themselves facing second and long. McGovern took a good pass set and Jones began his rush of the B Gap. Jones then stunted to the A Gap, just to spin back out to the B Gap. McGovern then made blocking that spin move look easier than should be possible. He post-steps to take away the A Gap, and has the balance to slide back to the B Gap when Jones initiates his spin move.

In the fourth quarter of the game, Penn State was down by a single point and had driven the ball into the red zone. He initially pass-sets, taking the A gap away from the rushing defensive tackle, this is actually a draw play. As Trace McSorely takes off, McGovern pancakes the defender which allows the quarterback to pick up the first down.

Connor McGovern is a talented player with the physical tools and football intelligence to be an excellent pro. Expect him to push for a starting position in year one and spend many years protecting Dak Prescott and opening holes for Ezekiel Elliott.