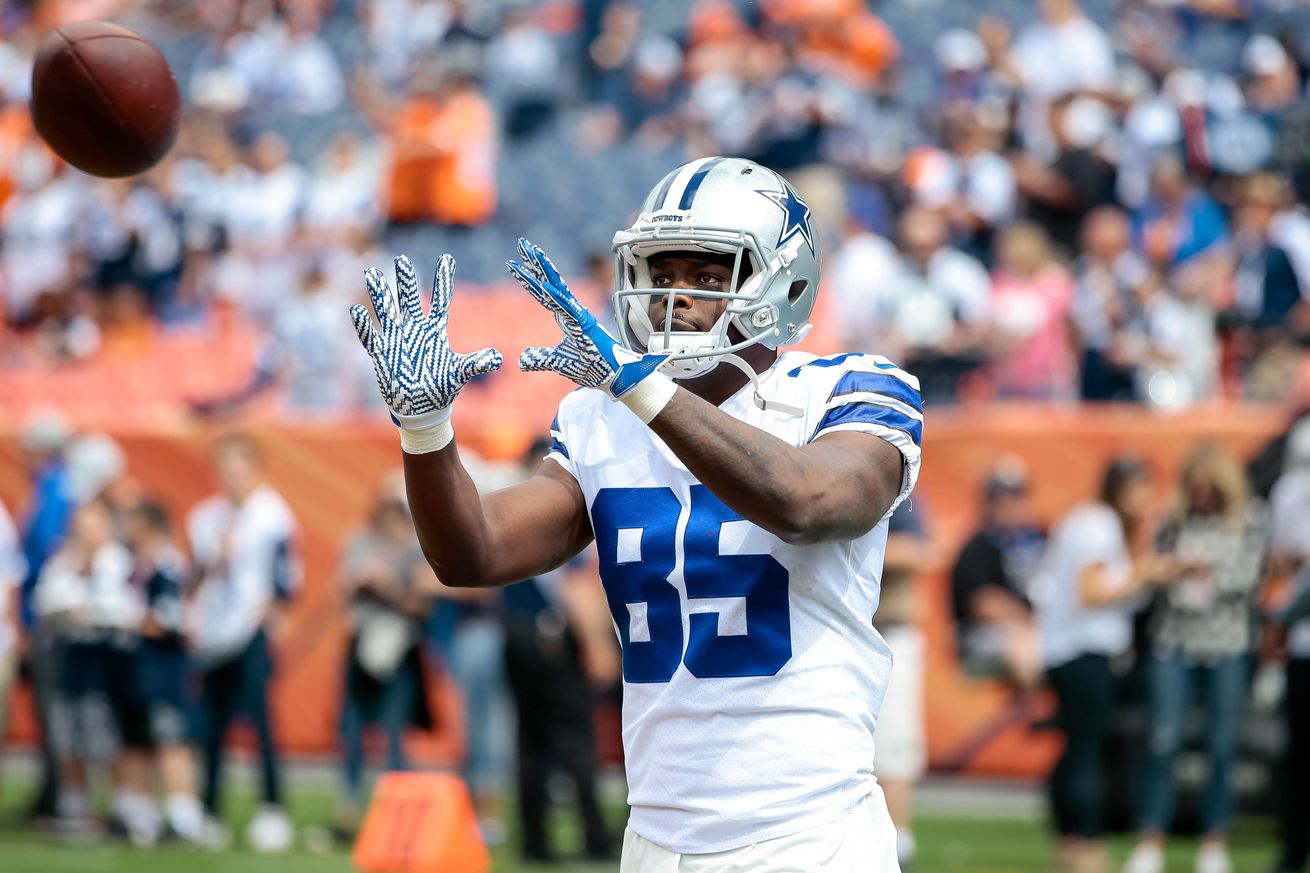 As long as we’re getting creative with the Cowboys offense, let’s go all out.

It feels a bit odd to say that the Cowboys are set for starters at wide receiver, just a year ago it was one of their biggest weaknesses. Amari Cooper, Michael Gallup, and Randall Cobb seem like locks to make the roster and contribute a significant amount. After that, though? Questions abound.

Tavon Austin looked good when he was healthy last year, but running back Tony Pollard could replace him. Cedrick Wilson Jr. was on his way to a roster spot last year before a season-ending injury in camp. Allen Hurns is recovering from a gruesome injury and might not have a role to fill even without the injury. Jalen Guyton and Jon’Vea Johnson are both making noise as undrafted free agents.

And then there’s Noah Brown, perhaps the most curious receiver in this bunch. At 6’2” and 225 pounds, Brown is one of the bigger receivers out there. He’s not particularly fast, with a 4.56 40-yard dash, and 29” vertical he recorded at his pro day was underwhelming given his size. However, his 19 bench press reps at the combine displayed the strength that Brown plays with that helped define his profile as a physical possession receiver.

The only receiver at the combine that year to put up a higher number in the bench press was Billy Brown, who was converted to a tight end in the NFL. The Cowboys seemingly had a similar idea with Brown, who they’ve sometimes used as a wide receiver/tight end hybrid to take advantage of Brown’s blocking skills. This came to my mind when I saw a thought-provoking tweet from NFL Network draft analyst Daniel Jeremiah the other day:

Surprised more teams don’t mess with position designations. Example: list one of your bigger WR’s as a TE. Give him 1-2 reps a game inline. See if defenses are dumb enough to match the personnel group with him as a TE, even though he’s WR. My guess, some will.

The idea is simple enough, especially for Dallas. There’s already tape out there of Brown functioning like a tight end, and some complained last year that when Brown substituted into the game it was a signal that the play was a run. Kellen Moore and the Cowboys could look to use that to their advantage by stealing Jeremiah’s idea.

The hope is that if Dallas puts Brown into the game, defenses will assign a linebacker to him in the expectation that a run is coming, or at least that Brown won’t be running a route past five yards. This would be perfect for Brown, whose speed is admittedly below average for his position but could still burn most linebackers in coverage.

Additionally, it would allow the Cowboys the option to still utilize Brown as a blocker as they have been doing without becoming predictable, as Brown would also get opportunities to go out for passes when given a favorable matchup. It could be just what Brown, a former seventh-round pick, needs to take the next step in his development.

In the 21 games Brown has appeared over the last two seasons, he’s caught nine of his 17 targets for 87 yards. Translation: he hasn’t had many opportunities. Using some trickery like this could give him those opportunities, though, and with Brown’s frame he could easily turn into a solid red zone threat.

Rumor is the Cowboys are looking to use a lot more 10 personnel in the red zone, and Brown could potentially play a big part in that. If defenses buy into Brown as a de facto tight end, Moore could send him out in red zone packages and give the appearance of 11 personnel while actually being in 10 personnel, at which point Brown’s size becomes a matchup problem the Cowboys can take advantage of.

Overall, Dallas seems to be injecting some creativity into their offense courtesy of Moore, so why not get a little extra creative? And if it means Brown taking a huge step forward, that can only be good for the Cowboys.