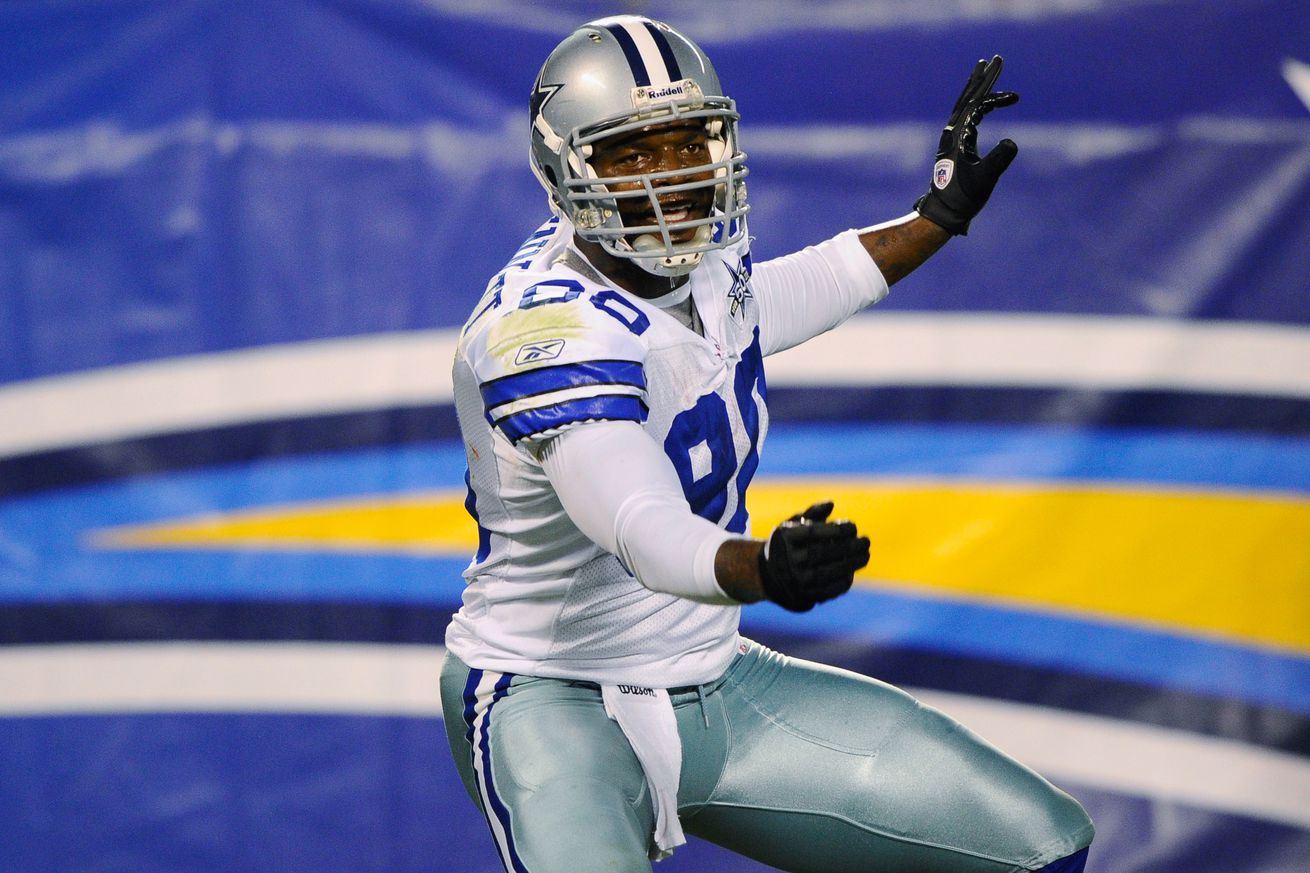 Last week Pro Football Focus engaged in a little self-promotion to celebrate 100 years of the NFL. PFF hasn’t been around for 100 years, they’ve only been grading NFL players since 2006. So what they did was list the Top 100 grades they’ve given out to a player in a single game since they started grading.

Naturally, we had to check which Cowboys made the list. Three Cowboys were on it. The fact that Tony Romo shows up four times is no surprise, nor is Zack Martin making it twice. But somehow, out of all the Cowboys who have been around since 2006, Martellus Bennett sneaks in as the other Cowboys player to show up and his game is pretty high up on the list.

The ever-reliable guard produced a career game against the San Francisco 49ers in Week 7 of the 2017 season. He kept a clean slate as a pass-blocker and earned a 92.8 run-blocking grade for his work against an impressive defensive front.

The Cowboys annihilated the 49ers in this game 40-10. Martin helped Ezekiel Elliott run for 147 yards and two touchdowns. This was also the game Jeff Heath had to become the emergency kicker after an injury to Dan Bailey.

Romo’s 2010 season may have lasted all of 357 snaps, but it sure started with a bang. The former Cowboys signal-caller dismantled the Bears in Week 2, completing 34-of-51 attempts for 374 yards, one touchdown and four big-time throws on the day, with 220 of those yards coming from passes that were targeted at least 10 yards downfield.

The Cowboys actually lost this game, 27-20. The Cowboys started the year 0-2, eventually Tony Romo got hurt and Wade Phillips got fired, leading to Jason Garrett’s promotion.

The Cowboys won this game 31-21. PFF grading doesn’t really add points for volume as Romo didn’t even top 300 yards in this game. In fact, some of his games on this list are not some of his big-time games that you might remember.

Another astonishing performance by the Dallas quarterback, this one came against the Colts in what would turn out to be Romo’s final full season with the team. He completed 16-of-18 clean-pocket attempts for 181 yards, four touchdowns and a clean-pocket passer rating of 181.1 — more impressively, he didn’t receive a single downgrade on any of his 57 offensive snaps.

The Cowboys crushed a good Colts team 42-7. This put them into the playoffs during their remarkable 2014 season. Romo only had 218 yards but was 18-for-20 and four touchdowns. That’s an efficient day.

The highest-graded game of Martin’s career to date, the ever-reliable guard put forth an all-around excellent performance in this Week 4 clash against the San Francisco 49ers. He kept a completely clean slate in pass protection, he earned a run-blocking grade of 93.5, and he received just one downgrade on his 76 offensive snaps.

Dallas pulled out a 24-17 win over the 49ers. Martin must love playing the 49ers because both of his top-rated games have come against them. Martin helped Zeke put up 138 yards and a score on the day.

Bennett’s career-best performance came in what was a truly all-around great game against the Tampa Bay Buccaneers. He allowed zero pressures from his two snaps as a pass-blocker, he earned an elite 90.9 grade as a run-blocker and most importantly, he caught 3-of-3 targets for 23 yards and a first down.

Here it is, the Martellus Bennett game. It was all about his blocking though as his pass-catching stats were very modest, to say the least. Dallas won 31-15. You got to admire the way that PFF sticks to their guns, they really believe in their system if they somehow made this the 30th-best graded game in the last 13 years.

The best single-game performance of Romo’s career and the third-best single-game overall grade by a quarterback, Romo lit up the Buccaneers’ secondary, completing 22 of his 29 pass attempts for 306 yards, five touchdowns and three big-time throws. Romo was almost unstoppable when he looked deep downfield, as 134 of his yards and one of his touchdowns came from passes of 20-plus yards downfield.

Tony Romo was on fire this day. The Cowboys won 38-10 with Terrell Owens, Terry Glenn and Patrick Crayton being the primary recipients of Romo’s massive day throwing the ball, although Marion Barber caught two short passes for touchdowns.

Occasionally, the Cowboys ended up on the wrong side of a huge day. Here are the three times they made the list by being the victim.

As a part of his incredible 2015 season, Kuechly put forth a historically good display in his Week 12 game against the Dallas Cowboys. The Panthers linebacker was targeted four times during the game, but he came away with two interceptions and a coverage grade of 95.1 — still the second-best single-game mark by a linebacker in the PFF era.

Rodgers tallied a 90.9% adjusted completion percentage in his Week 9 clash with the Dallas Cowboys, and completed 27-of-34 attempts for 294 yards and three touchdowns. He ended the game with a 141.2 passer rating from a clean pocket, a 92.0 passer rating under pressure and a 109.7 passer rating from his throws of 20 or more yards downfield.

During the clash against a Tyron Smith-less Dallas Cowboys, Clayborn played almost exclusively as a pass-rusher, with 33 of his 40 snaps coming via the pass-rush, and it was in those situations where he produced a performance for the ages. On those 33 snaps, Clayborn proceeded to rack up 12 pressures, which included six sacks, five hurries and one hit.

Chaz Green, you will forever haunt our dreams.