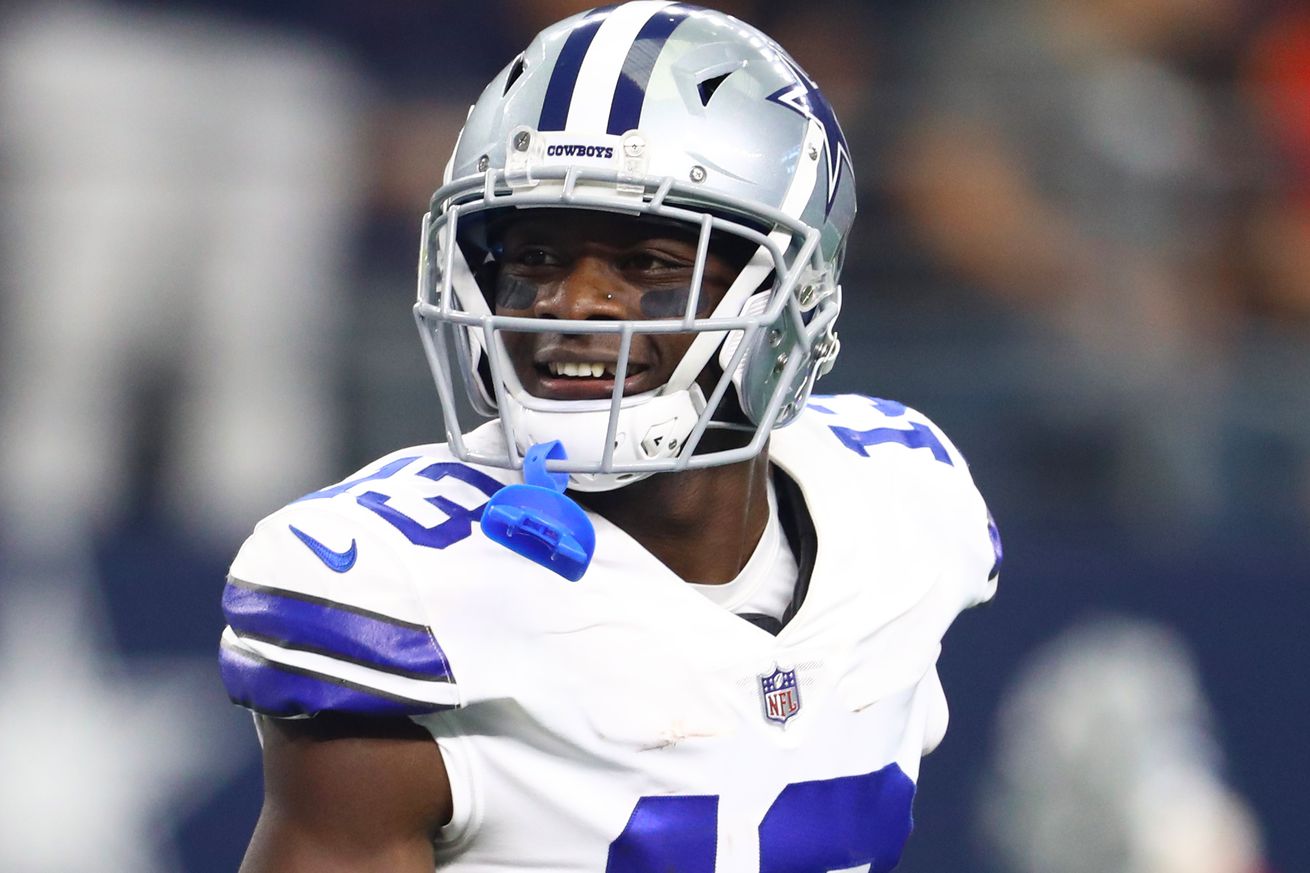 The Cowboys have a logjam at receiver and the young guys are competing their tails off.

Mick Shots: It’s time to know who #11 is…young receiver standing out – Mickey Spagnola, DallasCowboys.com
There are some encouraging things going on in the receiver department, one young no-name is starting to make a name for himself.

Who He: Poor guy has been with the Cowboys since Nov. 1 of last year, albeit on the practice squad, but it’s about time folks know No. 11 out there is Reggie Davis, wide receiver. Yep, that was him snagging a deep ball from Dak Prescott in a play-it-out session Wednesday, and also catching a hot slant from Cooper Rush that in a swoosh raced by two defensive backs for what would have been a touchdown. Wide receivers coach Sanjay Lal called him the most improved receiver from last year, and his calling card at just 5-11, 170 pounds is speed. Lots of it.

As assistant director of scouting Chris Hall says, “He can run out of sight.” No kidding, the former Georgia receiver who has kicked around practice squads for the past two years says his best 40-yard time came in 2017 while training for his Pro Day, proudly saying he ran a 4.29. Was a track star at Tallahassee (Fla.) Lincoln High School, running a 10.4-second time in the 100-meter dash, and ran on the school’s state championship 4×100 relay team. When asked if speed was his thing, he said, “I would say so, being small you’ve got to have something.” That he does.

Scout’s Notebook: WRs & DBs Do Battle -Who stood out? – Bryan Broaddus, DallasCowboys.com
In Wednesday’s OTA practice, it was the wide receiver versus defensive back battles that turned heads.

It’s not often that young guys get the chance to work with the first units, but Reggie Davis took advantage of his shot. Davis was thrown into the mix with Amari Cooper and Randall Cobb and executed a “go” route with Donovan Olumba hanging all over him. Prescott was outstanding, holding Darian Thompson in the middle of the field and giving Davis the space he needed for the reception. Olumba tried to play with his off-hand, but he didn’t catch enough of the ball to knock it away from Davis. It was a perfect throw by Prescott and a tremendous finish by Davis.

Cowboys breakout candidate: Michael Gallup is making sure he’s on the same page as Dak Prescott – Dave Halprin, Blogging The Boys
The Cowboys second-year wide receiver is showing all the signs of having a big year in 2019.

He scored a touchdown in the Cowboys victory over the Seahawks and was the team’s leading receiver in the loss to the Rams with six catches for 119 yards. Three of those catches ended up being for more than 20 yards.

Now, Gallup is ready to take it to another level. He’s feeling good about where he is as an NFL player.

“Not like some of those older cats, but I definitely feel way more comfortable,’’ Gallup said. “You’ve been in the offense for a little bit now and then you know everybody and how they work and how they move, so it’s easier for you to do what you’re supposed to do.

”When you can play free and know what you’re supposed to do, you can just go play ball.’’

The Cowboys are sporting a pretty decent trio at wide receiver. Amari Cooper is the clear number one guy and he developed instant chemistry with Prescott. Randall Cobb is the slot guy who is bringing a wealth of knowledge and past-production to the offense. Gallup looks to be settling in as the number two guy, and a guy who can be a deep threat.

Reggie Davis, the first-year pro out of Georgia.

Davis, who spent part of last season on the Cowboys’ practice squad, repeatedly got behind the defense during Wednesday’s OTA practice.

The speedy wideout hauled in multiple catches in team drills, including a beautiful back-shoulder touchdown throw from quarterback Dak Prescott during two-minute work.

The Cowboys are Davis’ fourth NFL team since he went undrafted in 2017. He’s been to camp with the Falcons. He spent a few days on the Browns’ roster. He’s been on the Eagles’ practice squad. Now he’s got a new opportunity in Dallas.

“He was probably our most improved (receiver),” said Sanjay Lal, Davis’ position coach. “If we go back to when we got him last October/November, he’s probably the most improved guy on the team. He made a big jump this week.”

Dak Prescott, Ezekiel Elliott focused on work, not contracts – Todd Archer, ESPN
The high profile Cowboys looking for extensions understand that all they can focus on is working on the field.

Jones said the Cowboys do not have a pecking order regarding whom they want to sign, but Prescott, Cooper, Jones and Collins can become unrestricted free agents after this season. The Cowboys picked up the 2020 option on Elliott’s contract earlier in the spring at a cost of $9.09 million.

None of those players has missed a voluntary workout, although Jones, who made his first Pro Bowl last season, is rehabbing from offseason hip surgery and is not expected to be on the field until training camp.

There have been whispers about Elliott not taking part in workouts, but he has not missed a day. Publicly, Elliott said he was not concerned about his contract talks, adding he would ignore the outside noise by “just going out there and play football. Do what I’ve been doing.”

After Prescott, the team doesn’t have a valid option at quarterback, so they need to make sure he stays healthy. The pieces are there for the team to make a legitimate run at the Super Bowl and one of the only things that can ruin their shot is an injury to Prescott. The Cowboys have depth all over the roster and have been aggressive in talent acquisition for the first time in years, but their back-up plan at quarterback leaves them open to disaster.

For all the base covering the organization did at every position of need: tight end, defensive end, defensive tackle, safety, wide receiver, back-up running back, the Cowboys blew off adding a viable passer behind Prescott. As it stands right now, the best quarterbacks in the organization behind Prescott are the head coach, the offensive coordinator and the QB coach. There is no indication Cooper Rush or Mike White would be able to win games if something happened to Prescott.

Dallas Cowboys: Ezekiel Elliott’s moving on from Vegas incident, Coach Gary Brown weighs in – Clarence Hill, Fort Worth Star-Telegram
The Cowboys say that Zeke continues to show leadership as a teammate and that the team is moving on from events in Vegas.

The situation hasn’t stopped Elliott from having a strong presence at Cowboys OTA practices with his play and leadership.

Besides the issue of Zeke missing any time because of the incident, the fact that something happened again off the field has to be a least somewhat concerning to the Cowboys. They are in the process, a process that is likely to take a long time, of deciding how much to give Elliott in a second contract. The Cowboys have been supportive and have hinted that this latest incident will not cause any pause in the contract negotiations. Maybe some of the reason behind that is they have talked to Zeke, as Brown says, and feel confident things are understood and that the future will be incident-free.