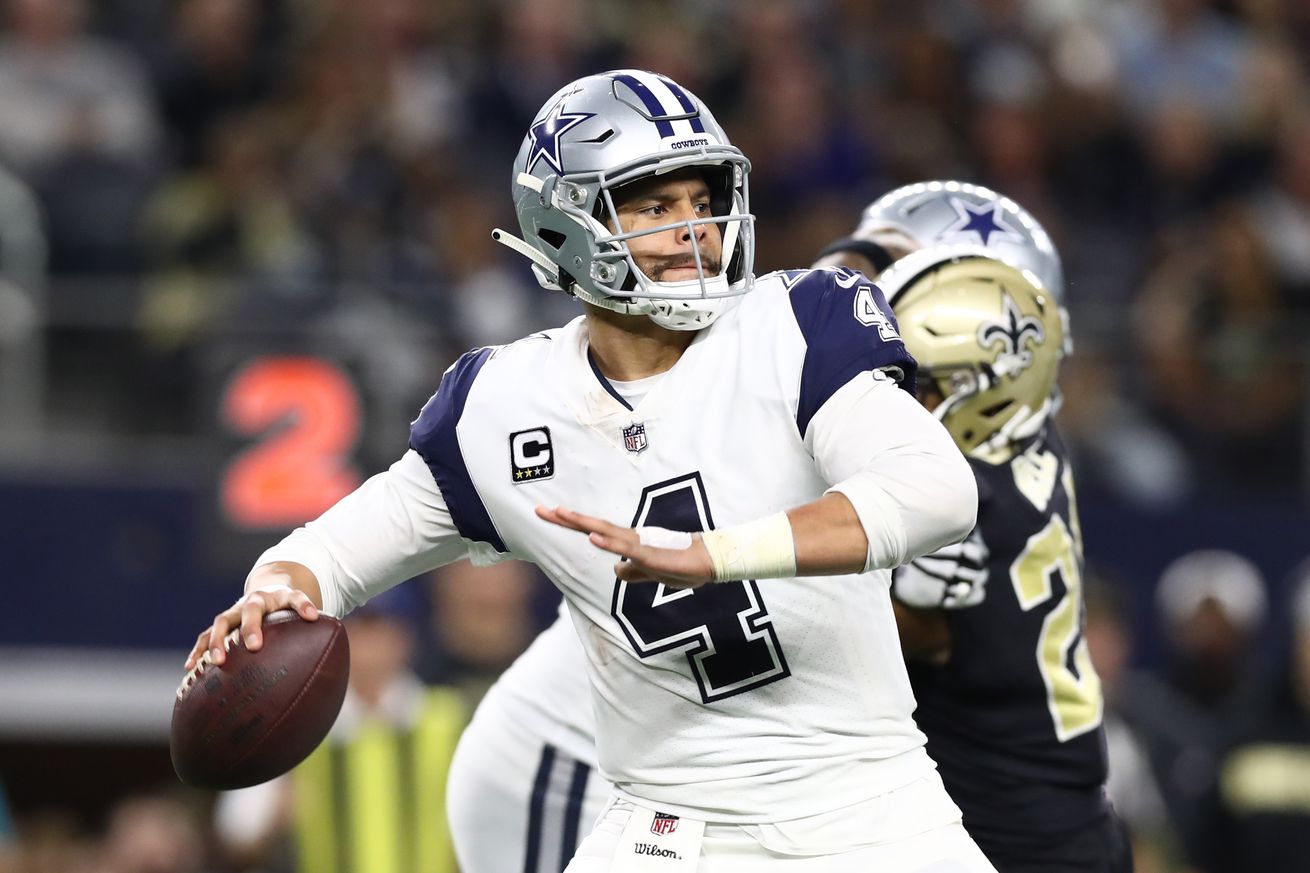 Could the vertical passing game be making a return to Dallas?

The Dallas Cowboys have been taking steps to help Dak Prescott this offseason as we have seen some new faces in new places. Kellen Moore is the team’s new offensive coordinator, and Jon Kitna has taken Moore’s old spot as quarterback coach. The coaching staff is diligent in helping their young quarterback grow into the successful player he needs to become to lead them deep into the playoffs. While there are many things that Prescott needs to work on, being successful down the field is certainly one of them. On Wednesday, Prescott was letting it fly.

Dak Prescott’s deep ball was sharp today in team drills. Found Amari Cooper near the left sideline for roughly 35 yards and then hit Reggie Davis for a TD of about the same distance along the right sideline

Dak Prescott had a really nice deep ball to Lance Lenoir during two minute drill today. A 40-yard strike in tight coverage down the right sideline out of an empty gun.

It was great to hear that Prescott was having success airing it out, and based on the comments from Kellen Moore, this is an area they have been putting in a lot work to improve.

“He’s simply gotten better because we’ve repped it more and he’s repped it more, most importantly, in the offseason,” offensive coordinator Kellen Moore said of Prescott’s practice repetitions throwing deep. “You get some more speed guys that have been repping it and I think we’re heading in the right direction with that.”

Speaking of speed guys, however this wide receiver group shapes out – Prescott’s going to end up with a handful of targets who can flat out fly. Amari Cooper and Tavon Austin are fast, and even recently signed free agent Randall Cobb has 4.46 speed. Even some of the bottom roster guys like Jon’Vea Johnson, Jalen Guyton, and Devin Smith have great wheels, and they will be a vertical threat should one of them make the team.

Having the speed on the team is great, but using it regularly, is even better. The Cowboys appear to be trying to get the deep ball back into this offense’s arsenal.

Prescott gets a bad rap for not being a good deep passer, but that’s only partly true. When it comes to accuracy, he’s actually one of the more reliable deep throwers. Prescott’s accuracy (green line) is better than the NFL average (orange line) until you get beyond 40 yards.

But while accuracy isn’t the issue; frequency is. Dak just doesn’t take enough shots down the field to pose a strong enough threat. As wide receivers coach Sanjay Lal states, the ability to go deep is critical for other parts of the passing attack to work.

“The whole premise, in my opinion, of this offense is vertical speed,” Lal said. “If you can’t hit a go-route, the comeback game isn’t real, your slant game, your nine-stop game isn’t real. Being able to hit those deep balls in games is going to change everything if we’re able to do that.”

We’ve witnessed defenses sit on routes far too often as if they don’t respect the deep game. But as we’ve seen, when the Cowboys catch them sleeping – great things can happen.

Amari Cooper is setting to the Eagles’ secondary! (Via @NFL) pic.twitter.com/X4l7vQLKnc

The Cowboys have a lot of good offensive weapons, but it’s up to Moore to utilize them more effectively. And ultimately, it’s up to Prescott to execute the plays on the field to get results. It’s still early, but seeing this type of success right now certainly brings about a more optimistic outlook for this offense.