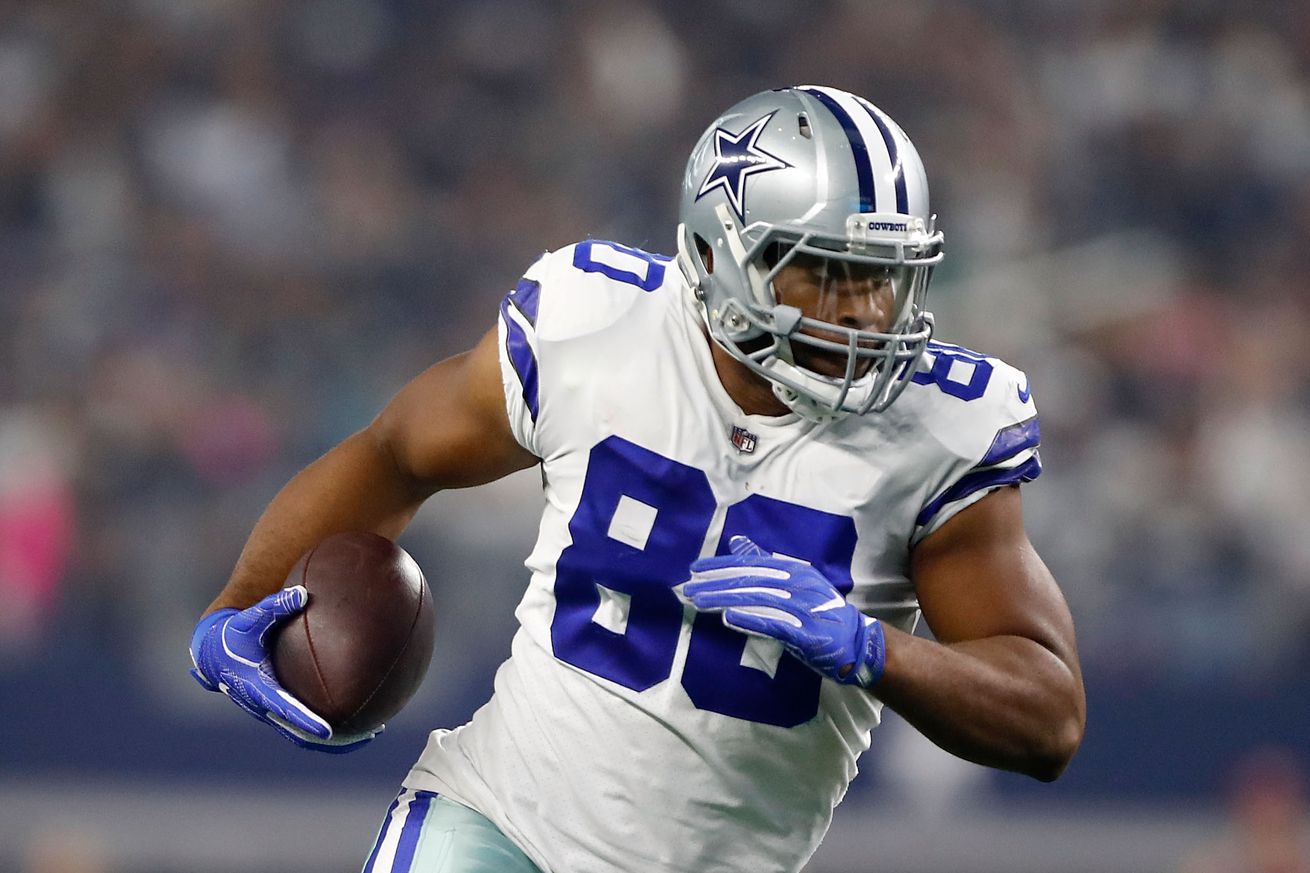 The tight end is likely down to his final chance to make an impact.

There was a time when Rico Gathers was a name that had the word “potential” attached to it in a very positive way. Back in 2016, w hen the Cowboys took a shot on the basketball player in the sixth round of the draft, it was the kind of move that if it paid off would be thought of as genius. After all, basketball players had been made into tight ends with great success before, why not try it again? The Cowboys saw the perfect tight end body married with good athleticism and pulled the trigger.

Yet here we stand, three years into his career and he’s amassed a grand total of three catches for 45 yards in regular-season games. He did play in 15 games last year, but his impact was negligible. It appeared that the experiment was a failure.

Gathers is trying to change that perception by making 2019 his breakout year. His story is well-known, he hadn’t played organized football since he was in junior high. Learning the nuances of the game proved to be a challenge. He thinks he may be past that now.

“Just the picking up on everything is second nature now,” Gathers said. “Actually getting that year under my belt to get out there, make mistakes, play, get better and grow as a player. It really helped me get into this year. I can play fast and execute my assignments and do what I need to do.”

And that includes not having to think about everything he is doing, just doing it.

“The less you have to think about what you have to do, the better you are in the execution side of things,” he said. “This whole offseason I’ve tried to study game film of last year and just analyze the growth where I’ve come from. It’s all over the tape – just my progression.”

Every offseason since he was drafted, it seems we’ve heard some variation on this idea. He’s picking things up better, he’s progressing, he’s starting to look like a real football player. All those things have been said to varying degrees.

This year, he faces another uphill battle. The Cowboys brought back Jason Witten, and both Blake Jarwin and Dalton Schultz return. All three are ahead of Gathers on the depth chart, with Witten likely to eat up plenty of offensive snaps. The Cowboys may want to go deep at other positions, especially if Kellen Moore de-emphasizes the two-tight-end sets. Gathers is up against it in the tight end room, and the overall roster if the Cowboys decide to keep more players at positions like wide receiver or running back.

On the other hand, we don’t know exactly what Moore will be looking for in his offense. Will Gathers get a fresh shot, and will his size/athleticism find some kind of home in Moore’s scheme? That’s a lot to hope for in Gathers’ case, but until he loses his spot there is always a chance. He’s been written off this roster by Cowboys observers multiple times only to somehow hang on.

It will be a tough road for Gathers. It feels like if he hasn’t gotten it by now, he might never. Still, he’s going to fight it out to the end.

“I’m just trying to make some big leaps and take advantage of every opportunity they throw my way and just show my progression,” said Gathers, who played four seasons of basketball at Baylor before making the decision to play football. “It’s just one step at a time.”

He’s been taking a lot of small steps along the way, it’s now or never for that big leap.