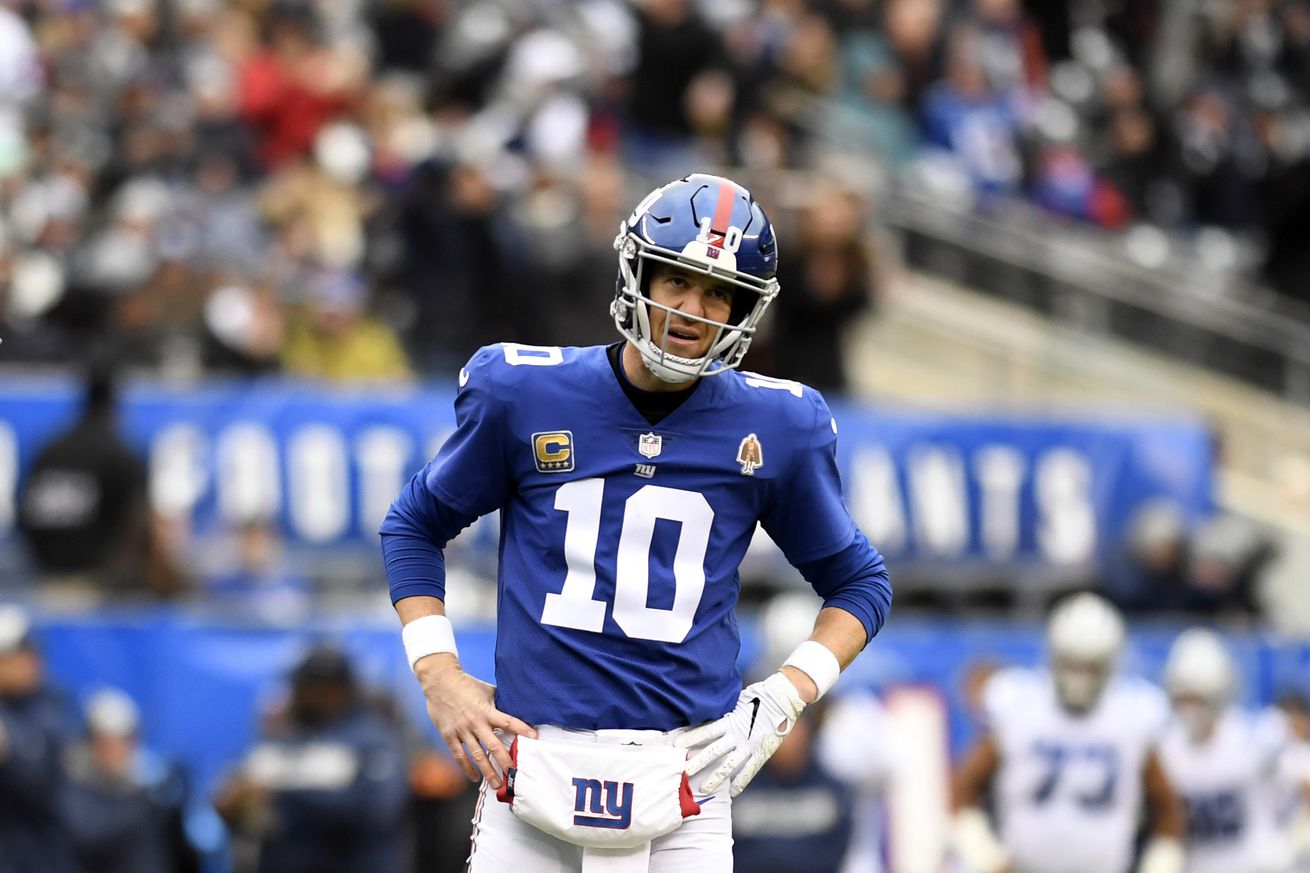 Who you got, Dak Prescott or Eli Manning?

There are a lot of former Dallas Cowboys on television screens every week (especially during the season), but they’re not the only team with alumni in front of cameras.

Lots of teams have the players that once donned their jerseys in the media, especially teams that are darlings of the NFL like the New York Giants. One of their former offensive linemen, Shaun O’Hara, is an analyst for NFL Network these days and on Wednesday… boy did he have something to say.

The network was ranking quarterbacks within the NFC East, an exercise that many fans have taken part in over the course of the offseason (and a whole lot ever since the 2016 draft). When you ask most people the conversation is basically between Dak Prescott and the recently-paid Carson Wentz, but not according to Shaun. No no, he has a different guy in mind for the conversation.

Shaun O’Hara said this. In total seriousness. On NFL Network. In the year 2019. pic.twitter.com/igCGAKaDg4

Look, I totally get that there are divided opinions on Dak Prescott. There’s a group of people that don’t think he’s worth $30M a year (or even less), but there is nobody that can say in good conscience that they believe Eli Manning to be better than him. Nobody.

In his assessment of Prescott, O’Hara said that he believed Dak would “really miss Cole Beasley.” It’s true that Beasley is gone, but so is, um, I don’t know, Odell Beckham Jr.? If we’re measuring losses for the two quarterbacks OBJ far trumps Beasley and that’s no disrespect to the master of sauces.

Dak Prescott has Amari Cooper (the best receiver in the division now that Odell is out of it), a returning Jason Witten (however you want to qualify that), and Randall Cobb joining the team to replace the aforementioned Beasley. He also has a running back that is also the best of the four division teams, Eli Manning may have Saquon Barkley but outside of that he’s in no man’s land (if he can even find it).

If you believe Carson Wentz is the best quarterback in the NFC East, hey there’s a legitimate argument there, but we can have that conversation another day. It’s worth noting though that O’Hara not only believes Manning is superior to Prescott, but that he might even be better than Wentz. When he first started talking about Manning as he slid him to the second slot he said “there was some banter and some debate about whether he should be number one.” That actually happened.

In no world, on no planet, in not a single universe, should Eli Manning be anywhere remotely near the conversation to be the best quarterback in any group right now. He’ll always have his two Super Bowl wins, but the facts are that these days he’s not good at all.

Shaun O’Hara seems to be acting like a bit of a homer for his old team with this take. Just a few days ago he predicted the Giants to go 10-6 in 2019. That’s not as far of a stretch as this Manning point, but it is certainly very optimistic. While he may be acting a bit biased he wanted all of BTB to know that we are the ones who aren’t acting impartial here.

Yup. Deal with it. It’s MY LIST. Stop whining b/c it didn’t fit your bias. You “Run a Blog” but were too scared to @ me? Typical Cowboy Fan!!
Thanks for watching!!

We’ve made it. Blog with a capital B, baby. Also, Shaun was tagged in the tweet, but maybe facts are difficult. “HIS LIST” sure would reflect that.