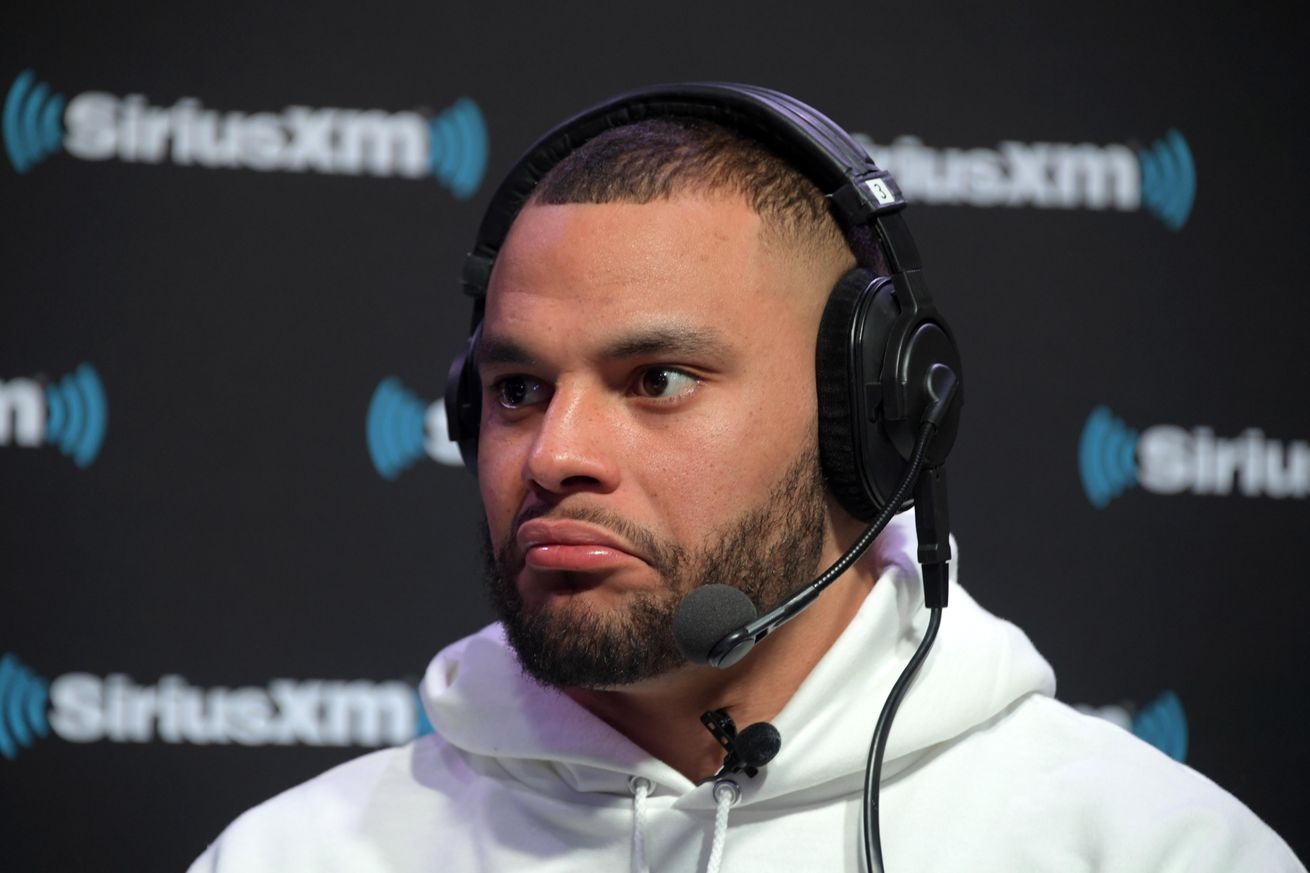 One report downplays the idea of an imminent contract agreement between the Cowboys and Dak Prescott.

The quarterback market rose again on Thursday evening when the Philadelphia Eagles agreed to a four-year contract extension with Carson Wentz. This means a lot of things for the Dallas Cowboys and their signal-caller, Dak Prescott.

Prescott, unlike Wentz, is entering the last year of his rookie contract in 2019. That is a great point of leverage for him as is the new deal in Philadelphia. In a market where the next guy gets more, it’s always good to be the next guy.

We’d previously heard that the Cowboys and Prescott had exchanged contract offers but they don’t appear to be close to a resolution. According to NFL Network’s Mike Garafolo, the two sides are in fact “not close” and this could go deep into training camp.

From @nflnetwork: With Carson Wentz’s deal done, it’s time for his 2016 draftmates Dak Prescott and Jared Goff to get theirs, right? Dak and the #Cowboys aren‘t close right now, while it sounds like Goff might play out one more season before his extension with the #Rams. pic.twitter.com/EP3i5VVdbQ

“It could be into training camp. Everything that I have been told by sources briefed on the talks is that both sides are really far apart at this point. It sounds like they’re going to put a pin in it at this point and re-visit it.”

Hearing that the Cowboys and their quarterback are “really far apart” isn’t exactly great news (unless you’re Team Don’t Pay Dak), but this is how negotiations work. You’d have to imagine that Wentz’s deal would now play some sort of factor in whatever Prescott will or won’t get, that’s typically how these things go.

It’s worth noting that there are some people close to the team that believe a Dak deal could come much sooner than “into training camp.” The mothership’s Bryan Broaddus said on 105.3 The Fan on Friday that we could even see something happen before the Cowboys leave for Oxnard (by the way, the training camp schedule is out for those of you that will also be there!).

.@BryanBroaddus on @1053thefan says he think a Dak deal gets done by the time the #Cowboys leave for Oxnard.

Contract negotiations are never exactly smooth. It wasn’t too long ago that we dealt with DeMarcus Lawrence seeking a new deal from the Cowboys, that took time but ultimately got done. This will likely be the same thing, but there will be a lot of reports like this between now and then.

Hope you have a lot of patience.