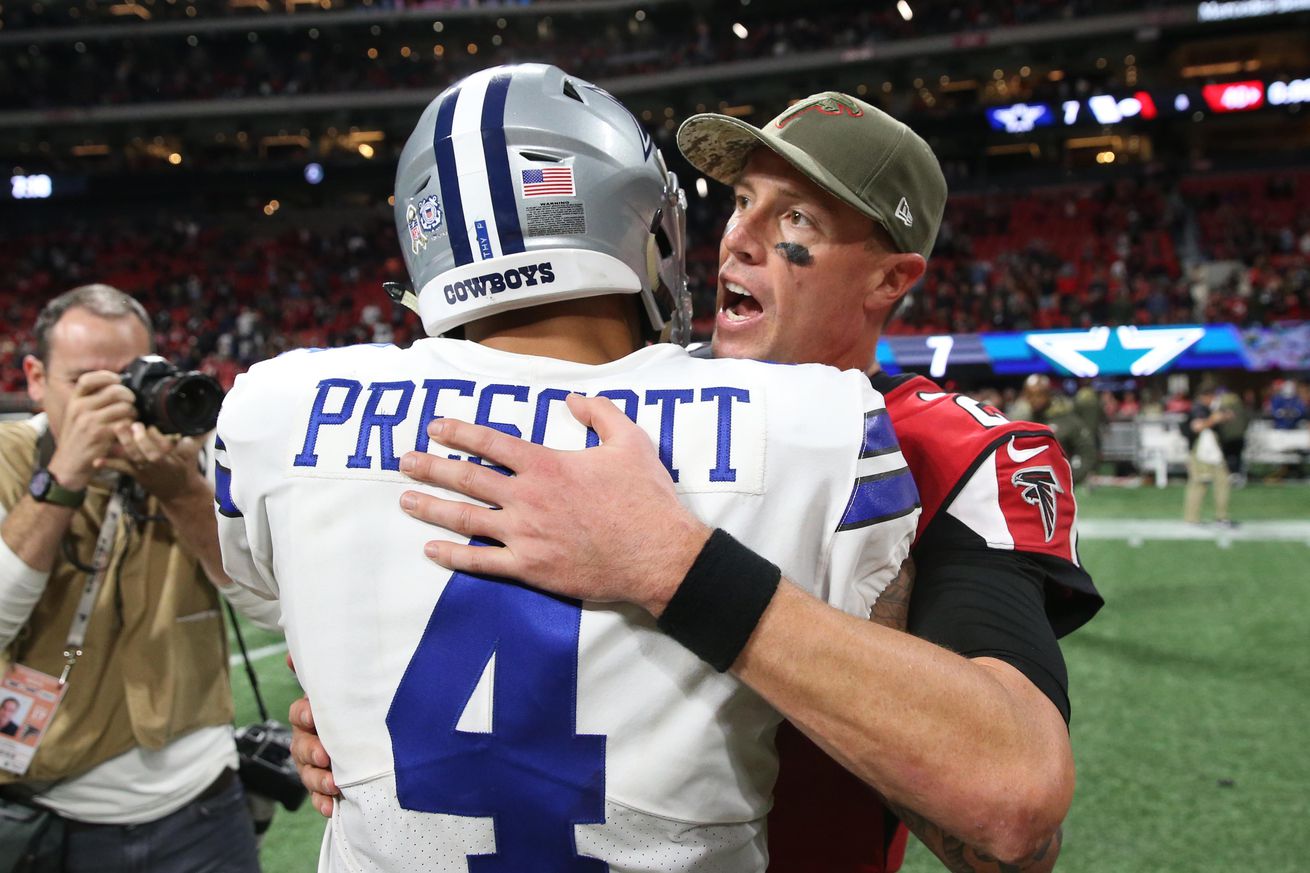 It was about 13 months ago that Atlanta Falcons quarterback Matt Ryan agreed to a then-blockbuster deal worth $150M that paid him $30M per season. That was life in 2018.

Ryan became the first quarterback to average $30M per season (his deal also came with $100M guaranteed) which was only a matter of time for the NFL to hit. We live in a world where the next guy becomes the highest-paid guy, Matt Ryan struck at a time when $30M ground was one more scoop of the shovel away.

As mentioned, it’s been 13 months. The latest quarterback to get his pay day is Carson Wentz of the Philadelphia Eagles who is now getting $32M per season (on his extension). His deal also tops triple-digits as far as guaranteed money ($107.9M) and the likelihood is that Dak Prescott will get something near or above this when he ultimately signs his extension with the Cowboys.

So a year ago Matt Ryan set the bar and there were definitely people who thought it was absurd for him to make that kind of money (despite the fact that he was named league MVP and made it to the Super Bowl a year before) because it made him the game’s highest-paid quarterback. Do you know where Ryan ranks in 2019 as far as average annual value? Fifth.

From first to fifth in a year, that’s the way the NFL goes these days. You’re the highest-paid player for the blink of an eye and then the next wave of guys come in and get paid. And you know what? That’s exactly what will happen with Dak Prescott when he signs his new deal.

There’s this line of thought that the Cowboys will drastically limit themselves should they choose to sign Prescott long-term. Wentz already got paid, but quarterbacks like Jared Goff, Pat Mahomes, and Deshaun Watson will all be getting paid themselves soon, they will push Dak down the ladder the same way these four did Ryan.

It will feel very dramatic when the Cowboys ultimately do come to terms with their franchise quarterback. That feeling will dissipate very quickly as the NFL continues to turn. These are the facts of life as we know them, start to trust them and all will work out.