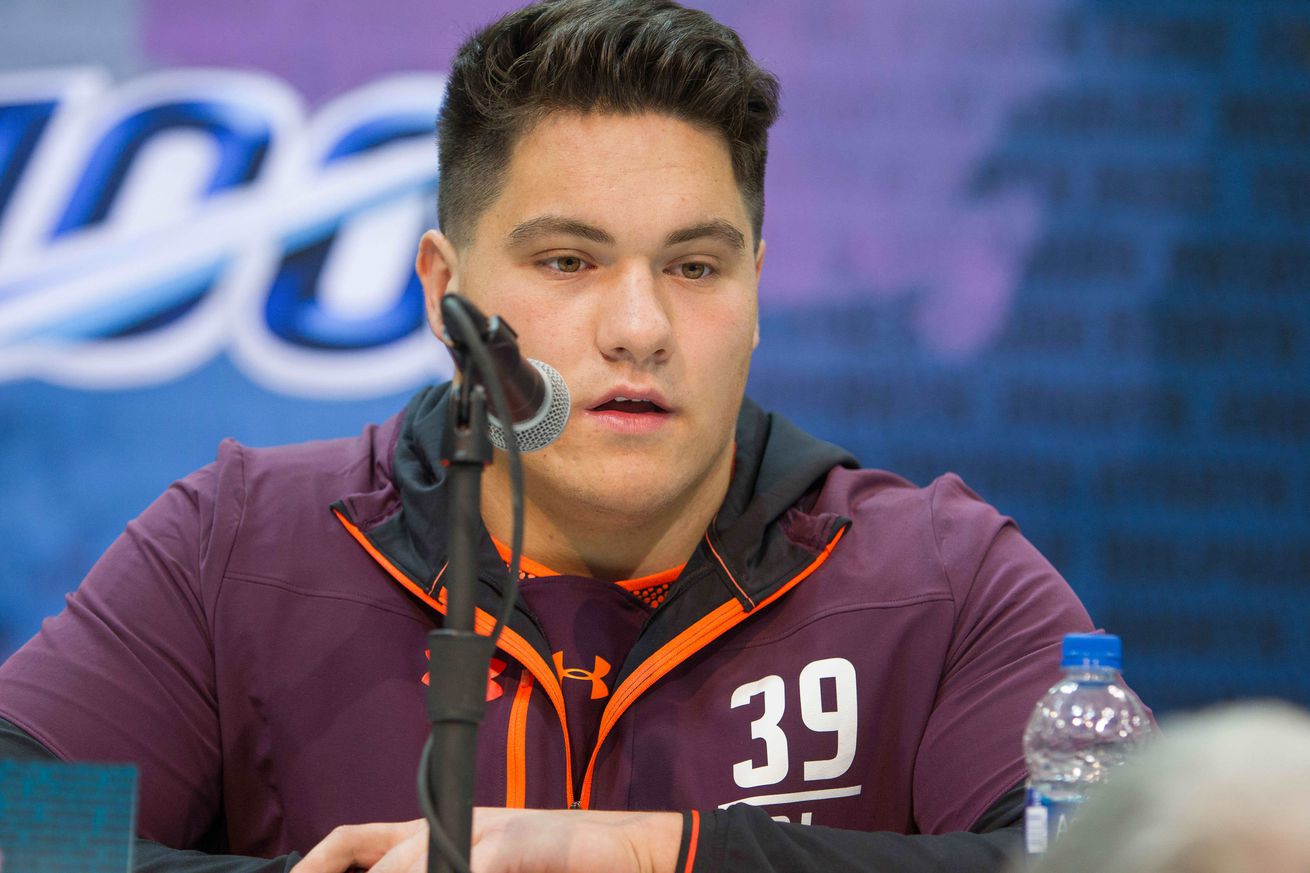 The Cowboys rookie draft class is all under contract now.

The current CBA agreement makes it relatively easy to sign draft picks. Gone are the days of holdouts and contentious negotiations between rookies, agents and the teams that draft them. The Cowboys got most of their draft class signed right around the rookie minicamp. There was remaining hold out, third-round pick Connor McGovern. He is now under contract.

Third round pick Connor McGovern agreed to his deal today, sources said. That means all members of the Cowboys draft class are under contract.

McGovern is expected to be a top reserve on the interior of the Cowboys offensive line. That is if he doesn’t challenge Connor Williams for the starting position at left guard. His plans have been delayed a bit because of a pectoral injury that is keeping him out of the current minicamp.

Third-round picks have become the hardest to sign. It goes to a quirk in the CBA.

One NFL salary cap man relayed that third-round negotiations have proven to be more challenging than other rounds in recent years. The reason is that first- and second-round picks can receive a maximum of 25 percent allocation of a team’s rookie salary cap, but because the third round doesn’t max out at 25 percent, there is often debate over what the correct percentage should be. That has created a situation where the third round has been the spot in the draft where some agents are pushing for more annually, such as the inclusion of workout bonuses in the deals.

Just a few days ago, Pro Football Talk discussed how many draft picks have been signed and found that third-round picks are the largest group of unsigned players.

Of 254 selections, 210 have formally agreed to terms. That leaves 44 players unsigned.

The lowest success rate appears in round three, where only 18 of 38 picks have signed.

The last piece of accounting work is done for the Cowboys in terms of signing the 2019 draft class. Another milestone that puts us close to the 2019 season.