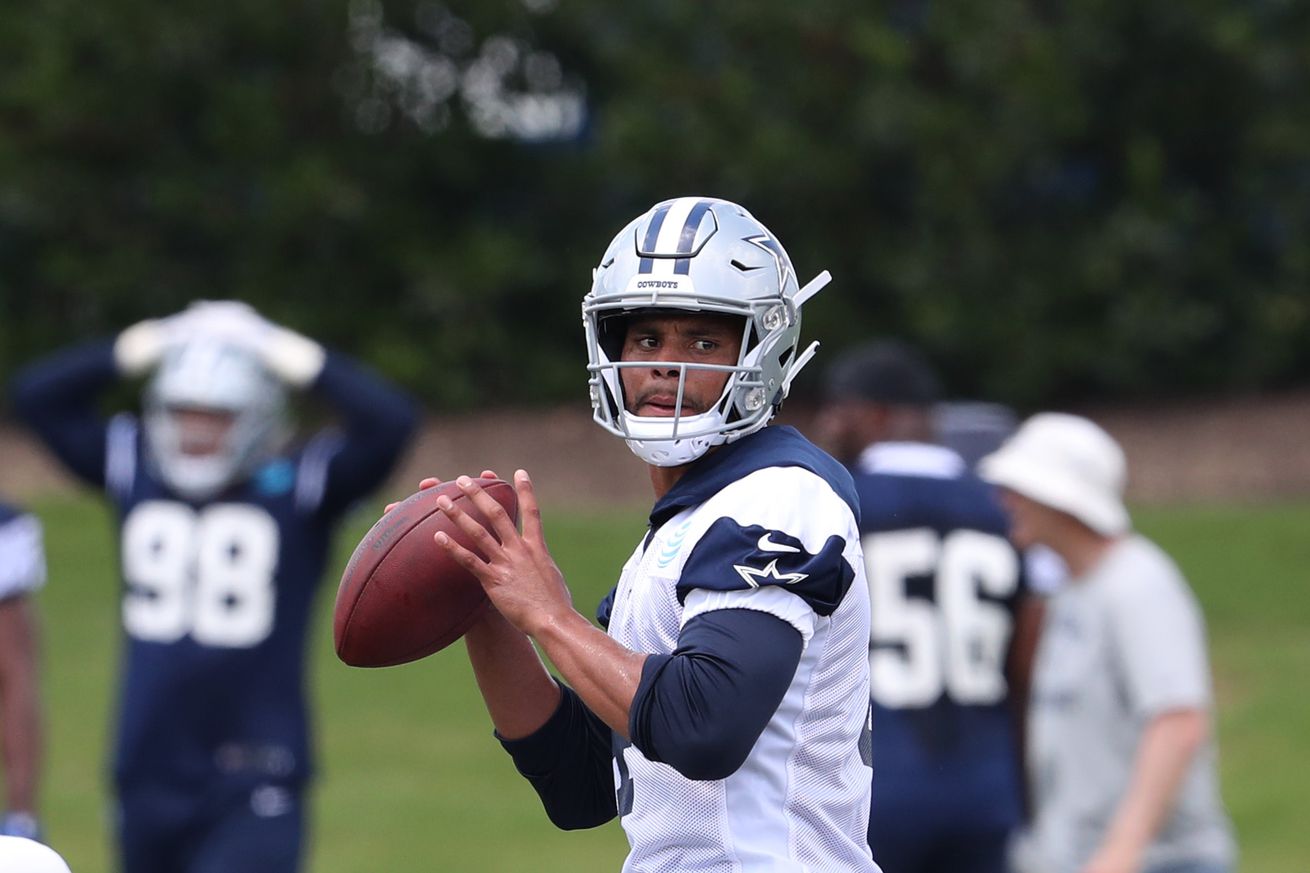 Temper, temper at the Cowboys minicamp.

It wasn’t a full-on donnybrook, but apparently there was a small kerfuffle at the Cowboys minicamp. Quarterback Dak Prescott and safety Jeff Heath engaged in a little shoving that brought their teammates into a quick standoff. Fortunately, cooler heads prevailed and nothing really happened.

The Cowboys were running redzone reps and Prescott was on a zone read that took him toward the sideline. He was met there by Heath who took him out of bounds and that’s when the fun began. Prescot shoved Heath, Heath shoved back and the two sides of the ball lined up to see what would happen. That’s when it all died down.

“I mean, Dak is one of my best friends on the team,’’ Heath said.

”That happens all the time. That happens probably once a practice, not to me and Dak, but between guys.

”He’s a competitor. He’s got the same mentality that defenders have. I like that he reacted that way.’’

Amari Cooper noted that Heath got pretty riled up.

While we’re tangentially on the subject of Heath tackling, he gave an interview where he discusses that issue from last season. He acknowledges that he missed too many tackles last season and that is something he is specifically working on this offseason. He wants to be more consistent tackling, especially out in space, and he’s been working on that by taking reps in practice where he’s paying attention to body position and staying low.

If there was one major compliant about Heath last year it was the missed tackles. Especially the key one in the Rams playoff game. He was one of the worst defenders against the run last year when it came to tackling, ranking as the worst safety in missed tackles and third-worst overall according to PFF. He definitely led the Cowboys team.

Credit to Heath for recognizing the situation and not shying away from it. If he’s going to start again this year, and it looks like he will, that is something he needs to fix. You can hear Heath discuss the issue in the video below.