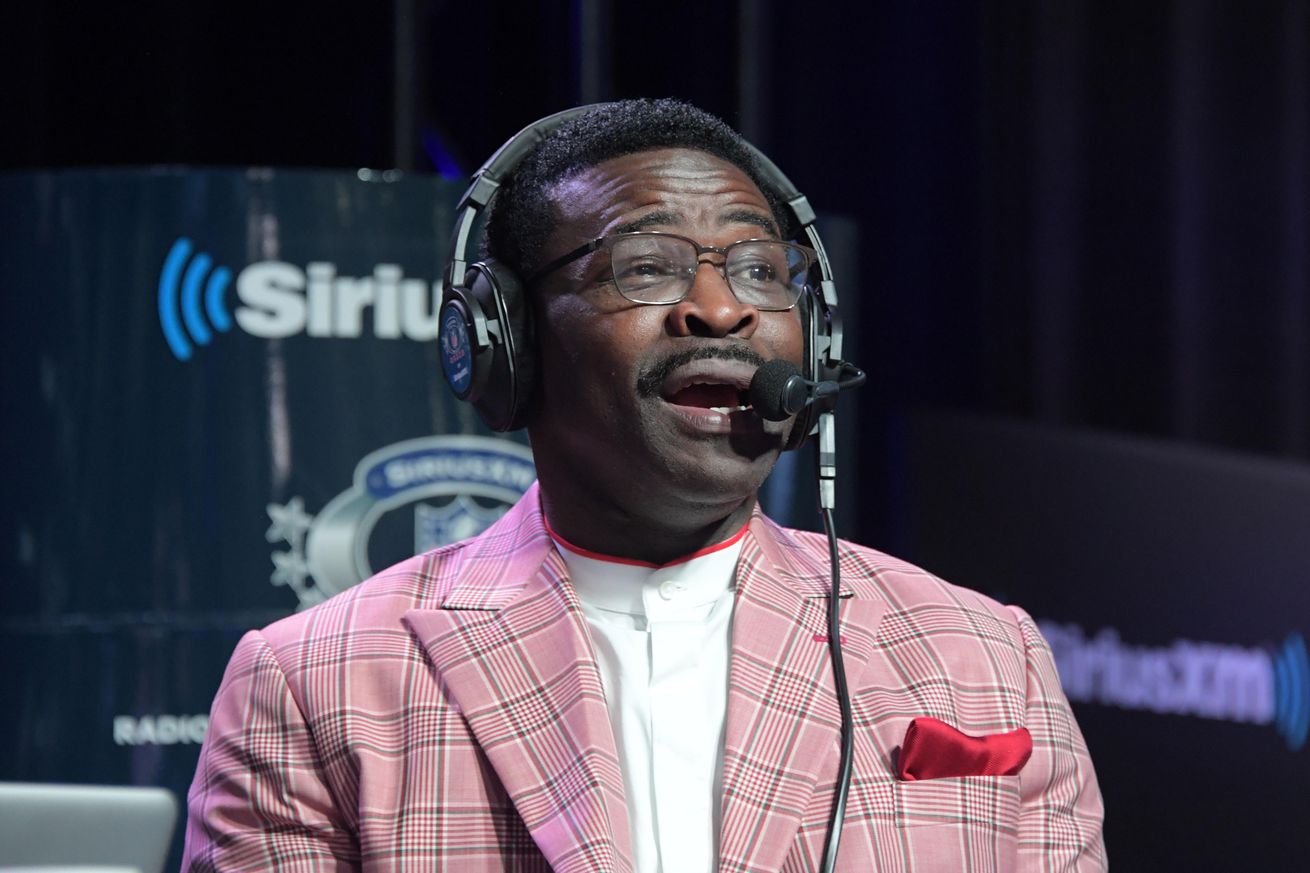 The former Cowboys great opines on the current receivers and Dak Prescott’s contract.

Former Cowboys great Michael Irvin has never been shy about expressing his views on the Cowboys. The Hall of Famer is an analyst for the NFL Network and visited the Cowboys out at mincamp and had a few things to say about the current receivers and Dak Prescott.

Dallas will roll out the trio of Amari Cooper, Michael Gallup and Randall Cobb as starters, and that certainly is a formidable group. Cooper is among the elite in the league, Gallup is a second-year player who showed a ton of potential during his rookie season, and Cobb’s time in the league speaks for itself. On paper, it looks good.

“I think they have a shot at being one of the top receiving corps in the NFL,” Irvin told the trio, and then reporters, after attending Cowboys practice Wednesday. “Michael Gallup came up great last year. If he can take another step? Randall Cobb stepping in and doing what he’s doing, and Amari Cooper just keep on stepping like he was stepping last year, this could be probably the best group of three guys in the NFL.”

The other factor here is the Kellen Moore offense. How will he use each of the pieces and will his offensive scheme unlock some of the potential that might have gone wasted under Scott Linehan?

The Cowboys are still a run-heavy attack compared to the rest of the NFL, so there are only so many passes in a game to go around. Wide receivers are known as the divas of the NFL, and they are known to always claim they are open to their quarterbacks and demanding more passes. Not Amari Cooper. He shocked Irvin with what he said.

“I’ve never heard a receiver say that before.”

A transcript of what Irvin said above.

Everyone talks about Cooper being a quiet, intellectual guy who doesn’t go out of his way to draw attention to himself. He just works to attain perfection.

“Amari can do whatever he sets his mind to. He’s that gifted,” receivers coach Sanjay Lal said. “Not just physically but mentally. With Amari, it’s can he do everything at an elite level? That’s where the mind discipline comes in because he has the talent to be elite in every aspect of his game. He’s such a great athlete, such a really good player, he has to hold himself to a standard of, ‘Hey, I’m elite. I’m going to play and practice that way,’ and I have to hold him to that standard. What is your level of play and can you keep it there for 50, 60, 70 plays?”

The Cowboys will never have to worry about Cooper pulling a diva act. He will want to get paid with his new contract, but he is not focused on that.

“I just handle my business,” Cooper said. “I’m more anxious about camp and actually playing football [than a contract].”’

“I just want to get better and I love football. That’s why I’m here,” Cooper said. “I love coming out here doing seven-on-seven, routes on air, team periods and being able to showcase my ability. To be able to run routes, that’s like the greatest thing to me. It’s kind of like an art to me. It’s like a painter drawing or something like that. That’s how I feel every time I run a route.”

Irvin talked about Cooper and Cobb, and routes and scheme. He noted the two were well-versed in route concepts and how the scheme works to get them open. Irvin, while impressed, was mildly amused as he noted that he used to just say – ‘You see this route over here? Throw it.’

So the Cowboys have a great set of receivers, but someone has to get them the ball. That someone is Dak Prescott. If you ask Irvin about paying Prescott his money, he is unequivocal

“When you have the heart and soul and leader of your team at the quarterback position, I don’t know why we’re talking about his money,” Irvin said. “That’s worth $15-20 million, by itself, a year. Now you got to pay him to play football also.

So sayeth The Playmaker.