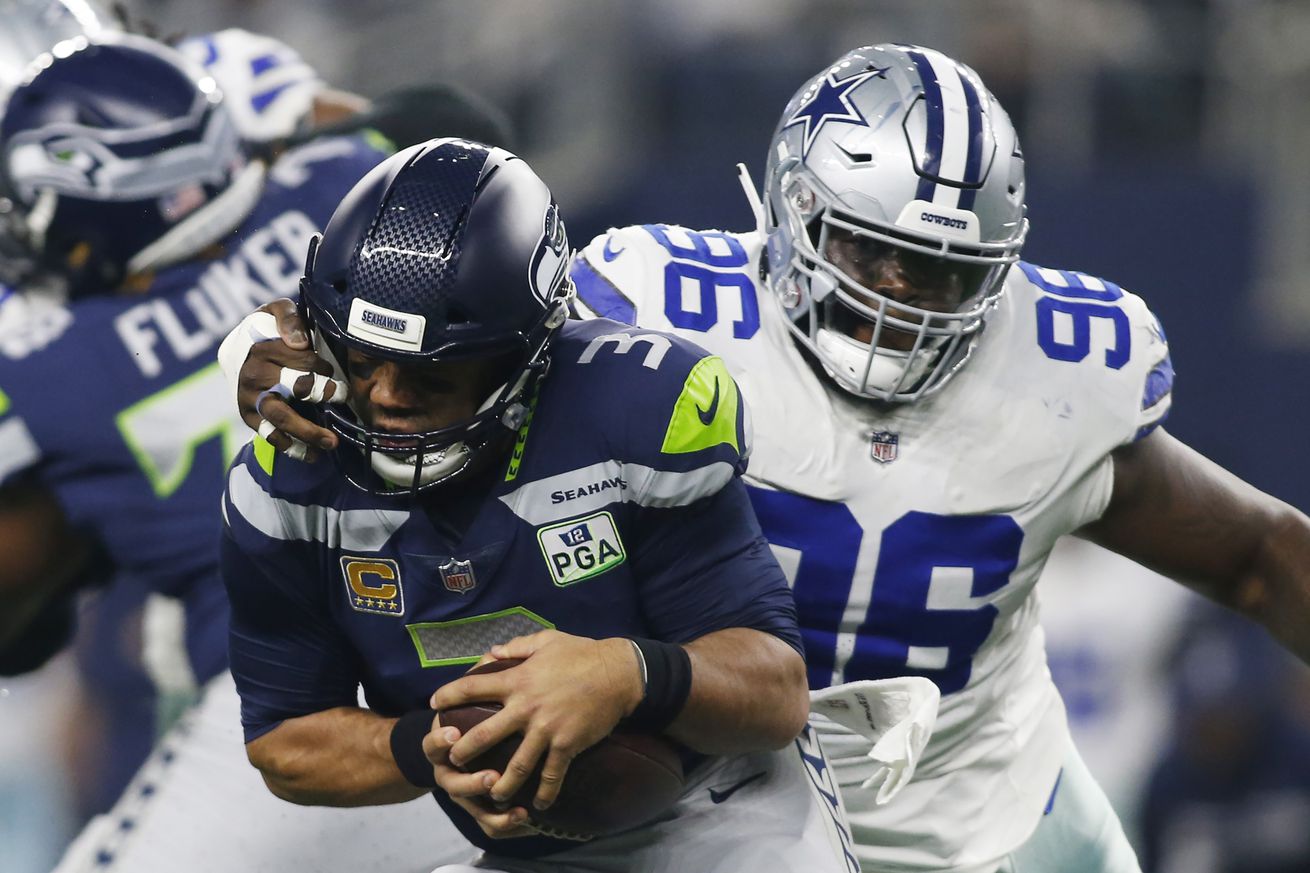 Things have been quiet when it comes to this soft spoken defensive tackle.

There has been so much contract talk this offseason to the point where if feels like every player on the Dallas Cowboys is up for a new deal soon. After years of trying to finesse contracts while cap room was limited, the team now enjoys a wide open sea of refreshing cap space. Such a luxury will be short-lived; however, as things are starting to come to a head in terms of having to pay players. With players from the 2016 draft class entering the last year of their rookie deals combined with a couple 2015 players on fifth-year options, the time is approaching where a huge amount of funds are going to be dispersed.

The big names are players like Dak Prescott, Amari Cooper, and Ezekiel Elliott. And then throw in Byron Jones and you have four really good players who aren’t going to be cheap. When you factor in that the team wants to hang on to rising star linebacker Jaylon Smith, that’s a lot of people in line for second contracts.

One player whose name gets pushed aside when it comes to keeping for the future is defensive tackle Maliek Collins. With so many more high profile players getting the attention, nobody is thinking much about retaining Collins.

Collins has been a reliable fixture along the interior defensive line. Despite dealing with injuries during past offseasons, he’s done a good job getting himself healthy in time for the regular season. He played in all 32 game during his first two years in the league. He did miss a few games early last year, but has demonstrated that when he’s healthy – he’s a big part of the defensive line.

But why re-up in Collins when the team just drafted a potential star in Hill?

Despite everyone having safety circled on their draft position prediction, the Cowboys liked the UCF star so much that they just had to select Trysten Hill 58th overall in April’s draft. There are a lot of things to be excited about when it comes to Hill and the team is hoping he can be the future at the under tackle position. So where does that leave Collins exactly?

Well, first off – potential is just potential until it translates onto the football field. Taco Charlton had potential. It would be presumptuous to just bank on Hill being a stud at the position without him having played a single snap of NFL action. But even if Hill’s a great player, which we are all hoping for, he can’t handle the workload by himself. Rod Marinelli uses a rotation of Rushmen and having both Hill and Collins on the roster is how they can stay disruptive in the trenches. You can never have enough good pass rushers and the team is building something good here, so there’s no reason to let things slip.

But why now? Why not wait and see how this season plays out?

The hope is that the Cowboys coaching staff has a good feel for what they have in Collins. They know he’s pretty darn good when healthy, so what’s really left for them to evaluate? If they waited, they would more than likely just be evaluating their defensive tackle situation as a whole to get a feel for who their strongest contributors are. Shouldn’t they be able to project that Collins is going to be right up there at the top?

Right now, Collins’ stock is slightly down. He’s coming off his first season where he missed time and his three sacks last year isn’t really screaming “big money.” This could be an opportune time for the Cowboys to get him cheaper than what he’d demand if he put together a healthy 2019 season.

The team waited with DeMarcus Lawrence and it cost them a bundle. Collins is finally entering camp where he’s healthy and you’d have to wonder if this could be a breakout season for him if he’s not dealing with nagging injuries. A reasonably priced deal right now could look like a bargain a year from now.

But isn’t he easily replaceable?

The Cowboys have let players like Ron Leary, Anthony Hitchens, and Cole Beasley leave in free agency. They all played key roles on the team, yet the front office was compelled to go a different direction rather than pony up the cash. It’s very possible the team feels similar about Collins.

It’s also very possible they view him as something more than that. Unlike these other guys, they used a premium draft pick (67th overall) to select Collins and you don’t typically want those investments to walk after their rookie contract is up. Of course, it all comes down to what they do in that time and Collins has had some bumps. But these bumps aren’t because of his ability. He’s just been unlucky when it comes to his foot injuries and the team has played him out of position at times based on need. It’s important to dial in on the appropriate sample when evaluating how important he is to this team. Right now he’s healthy. When he’s healthy and playing in the right spot, he’s a beast. He’s caught the attention of former scout/current Cowboys analyst Bryan Broaddus from what he’s seen so far:

For the last month, he’s been the one guy in the front seven that has shown up well in these practices — especially against the best competition. It’s not like he’s been having success against the backups. Collins has been giving Zack Martin, Connor Williams and Joe Looney fits. Collins appears healthy and his feet are not giving him problems. His movement and quickness have been outstanding along with his explosive power. Collins is winning those one-on-one battles on a consistent basis.

Trysten Hill may be the future, but Maliek Collins is the here and now for the Cowboys defensive tackle position. They need to keep the trenches loaded with talent and that means not letting one of their key defensive linemen get away. Extend him now while he’s still a good price and that will help keep the Cowboys defense strong for years to come.