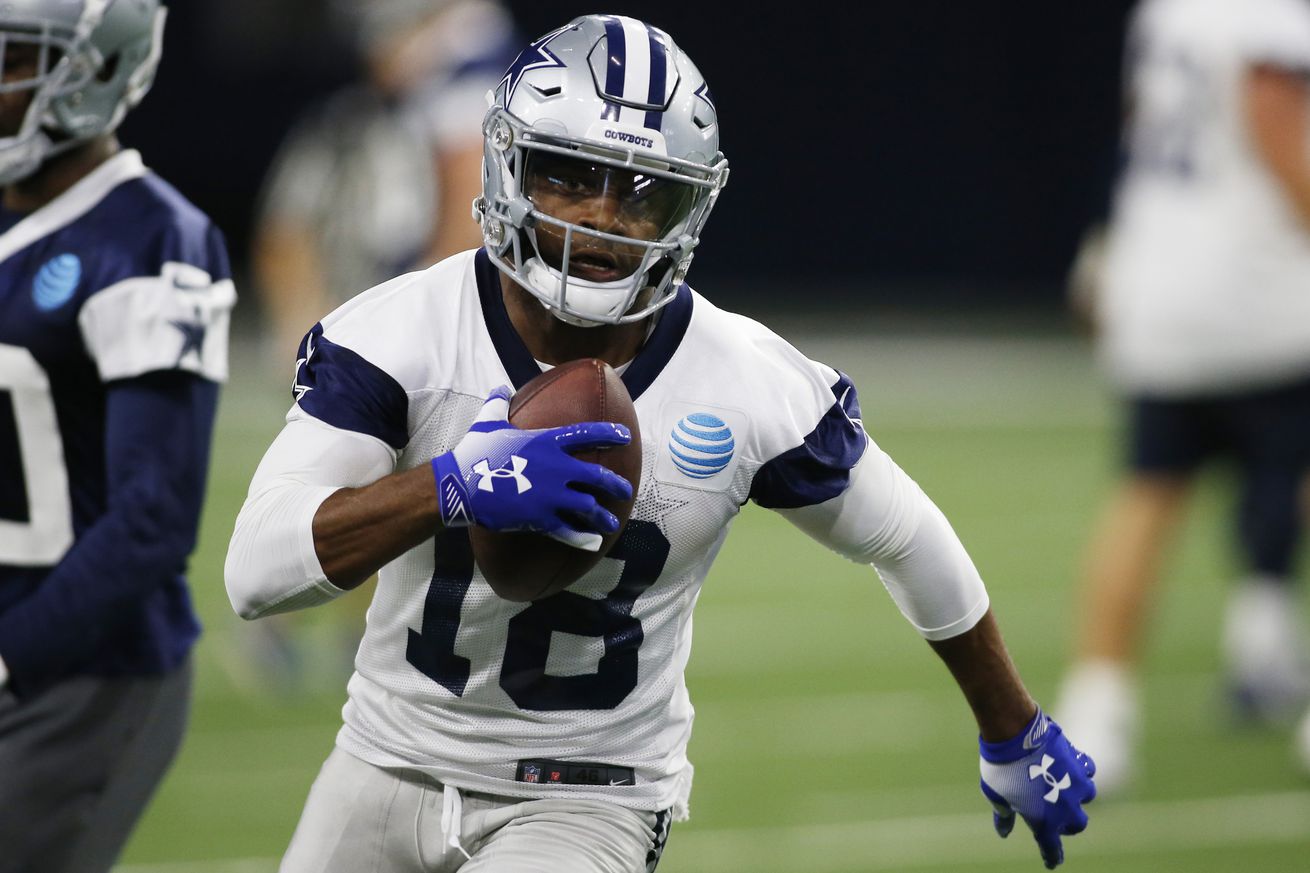 The former Green Bay receiver is impressing the Cowboys in offseason workouts.

The Cowboys has a solid offseason. They added some quality free agents, made a trade, drafted a group of rookies, all in an effort to improve on their Divisional Round exit from the playoffs last season. It’s the offseason shuffle that the entire league engages in every year.

The hope is that somewhere along the line, in all those transactions, you hit on a few really special moves, that you grab a couple of players who elevate your team to the next level. After a rookie minicamp, three OTA sessions, and a mandatory minicamp, the reviews are in for the Cowboys. As always, we caution that what we see now, without the pads, without the full hitting, without the true feel of football, can be deceiving. But if you want to look for the star of this period of the offseason, it seems like Randall Cobb is your man. The great thing about that is that Cobb has done it when the pads are on, so there is good reason to believe that this isn’t a mirage.

…injuries limited him to only nine games and 38 catches for Green Bay in 2018, and it was hard to know what the Cowboys were getting in the veteran receiver. If the offseason work is any indication, they have found a replacement for Cole Beasley. Cobb’s versatility can expand the offense for others, such as Amari Cooper and Michael Gallup. Cobb looked quick in and out of his breaks and fast enough to make plays down the field. Will he put up the 1,287 yards he had in 2014? No, but he gives Dak Prescott a security blanket in the slot who can turn a small gain into a big one.

When Cole Beasley departed for Buffalo, the Cowboys desperately need a slot guy. From what we’re hearing, they got that and more. Bryan Broaddus explains.

Nothing against Cole Beasley and his ability as a player, but this front office hit a home run with Randall Cobb as his replacement. I swear that in these practices, it’s as if Dak Prescott and Cobb have played together for multiple years. The route running, along with accuracy of the passes, has been spot on. Cobb is such a smart player that Prescott has no choice to throw the ball his direction. Cobb has such a great feel for how to find space in the secondary. He’s one of the best that I’ve seen when it comes to taking advantage of coverage. If you overplay him to one direction, he’s going to work the opposite way. Cobb took advantage of a misread by Xavier Woods and turned it into a huge finish down the field.

Beasley did fine work during his time in Dallas, but their were certain limitations to his game. Cobb has a more expansive palette of skills. If Scott Linehan was still the offensive coordinator, this might not matter much. With Kellen Moore now in charge of the offense, there is hope that he will fully exploit the abilities of Cobb.

Though expected to operate primarily inside as Beasley did, Cobb might not be limited to the role in first-year coordinator Kellen Moore’s scheme.

“He’s smart enough to play every position,” Cowboys wide receivers coach Sanjay Lal said. “We can put him anywhere because he’s that guy.”

Prescott, too, hopes Cobb becomes the offense’s shape-shifter… Put him outside or inside, Prescott said; in the backfield or taking a jet sweep.

It’s not like Cowboys fans didn’t know that Cobb was a quality player, but injuries have limited him recently and when that happens, especially as a player gets older, there’s a tendency to downplay his future. That’s probably what happened as the Cowboys were able to get Cobb on a one-year, $5 million deal. By the end of 2019, we might be wondering how that was ever even possible? How did the Cowboys get him so cheap, when he had so much to offer?

On to training camp to see if it is real.