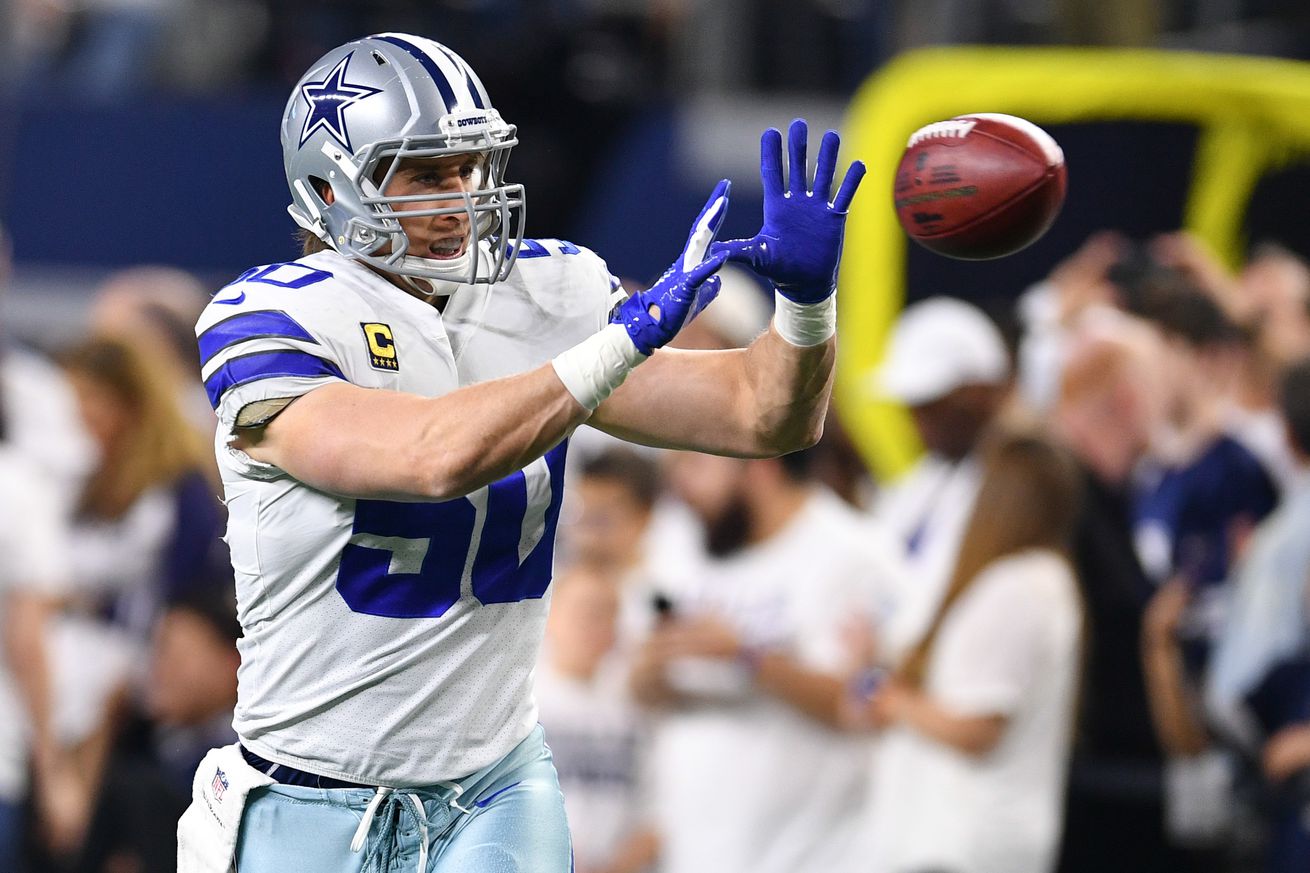 Long-time Cowboys veteran adjusting to new role on the defense.

There was once a day when the Dallas Cowboys defense couldn’t function without Sean Lee on the field. That was a huge problem because Lee spent a lot of time off the field with various injuries. That issue no longer plagues the Cowboys as they have restocked the position with two of the best up-and-coming linebackers in the league, Leighton Vander Esch and Jaylon Smith. That duos ascension to the top of the charts had rendered Lee somewhat of an afterthought, so much so that for Lee to remain with the team he took a substantial paycut. Lee was scheduled to make $7 million this year but that was cut down to $3.5 million (although his cap charge is higher because of guaranteed money from his previous contract).

After spending a lot of time at MIKE, then WILL linebacker, the Cowboys have found a new position for Lee. He will be spending his time as a nominal starter at the SAM. That position comes with a limited snap count. Expect Lee to be on the field, at most, around 30% of the time as the Cowboys true base defense is the nickel with Smith and Vander Esch taking the bulk of the snaps.

Hamstrings have brought Lee down in recent seasons. The reduced number of snaps may help in that area. One thing that injuries have not affected is Lee’s mind. He’s still whip-smart when it comes to diagnosing plays. An example from a recent practice:

Linebacker Sean Lee knew something wasn’t quite right as quarterback Dak Prescott rolled to his right on the first day of the Dallas Cowboys’ minicamp.

Out of the corner of his eye, he saw wide receiver Amari Cooper stop, which immediately triggered to Lee that Prescott was throwing back across the field. As Prescott threw the ball, Lee darted to his right and tipped the pass away for an incompletion.

“I should’ve picked it off,” Lee said.

Lee can certainly help the Cowboys if he can stay healthy. A trio of Vander Esch, Smith and Lee could hold its own with any linebacker corps in the NFL. Lee also provides valuable insurance for any injuries that may pop up with the other two during the 2019 season. In fact, Rod Marinelli doesn’t rule out having Lee doing some spot duty to give the other two a rest during games.

“It’s the way we get three really good players on the field at once. Really good players,” Marinelli said. “And so then he also has the chance at [middle and weakside linebacker] in the rotation situation there, guys get tired. So we’ll get his reps, and hopefully we’ll keep these guys all healthy.”

There was a time when Lee was the young guy taking a veteran’s spot, in his case it was Keith Brooking. Lee counts Brooking as a role model.

Lee looked up to Brooking, and he maintains a close relationship with him to this day.

Brooking “had an extreme amount of success, still approached the game with a certain type of intensity day in and day out, and that’s something I admire,” Lee said. “Even as good as he is, as much success as he’s had, he’s still acting like he’s a rookie when he comes in here, coming in here with so much intensity. So for me, that’s the thing.

”Hey, I’m 10 years into this, but I still think I have a lot to provide; I’m still working to get better every day.”

There are worse things than having a player like Lee as a part-time guy, a player who will get a regular role and adds incredible depth to a position group. While his on the field attributes are important, of equal importance is the mentoring he’s done and the example he’s set for the rest of the team. No one outworks Lee, and no one out-studies Lee, as the last scene of All or Nothing a few years ago showed.

Here’s Lee talking about his new role in a couple of clips.

#Cowboys LB Sean Lee on Leighton Vander Esch’s success his rookie year, moving to SS and where his practice intensity comes from pic.twitter.com/hpM8oWl7kv

#DallasCowboys veteran Sean Lee comments on his adjustment to strong-side linebacker and the importance of building bonds with teammates during the offseason.