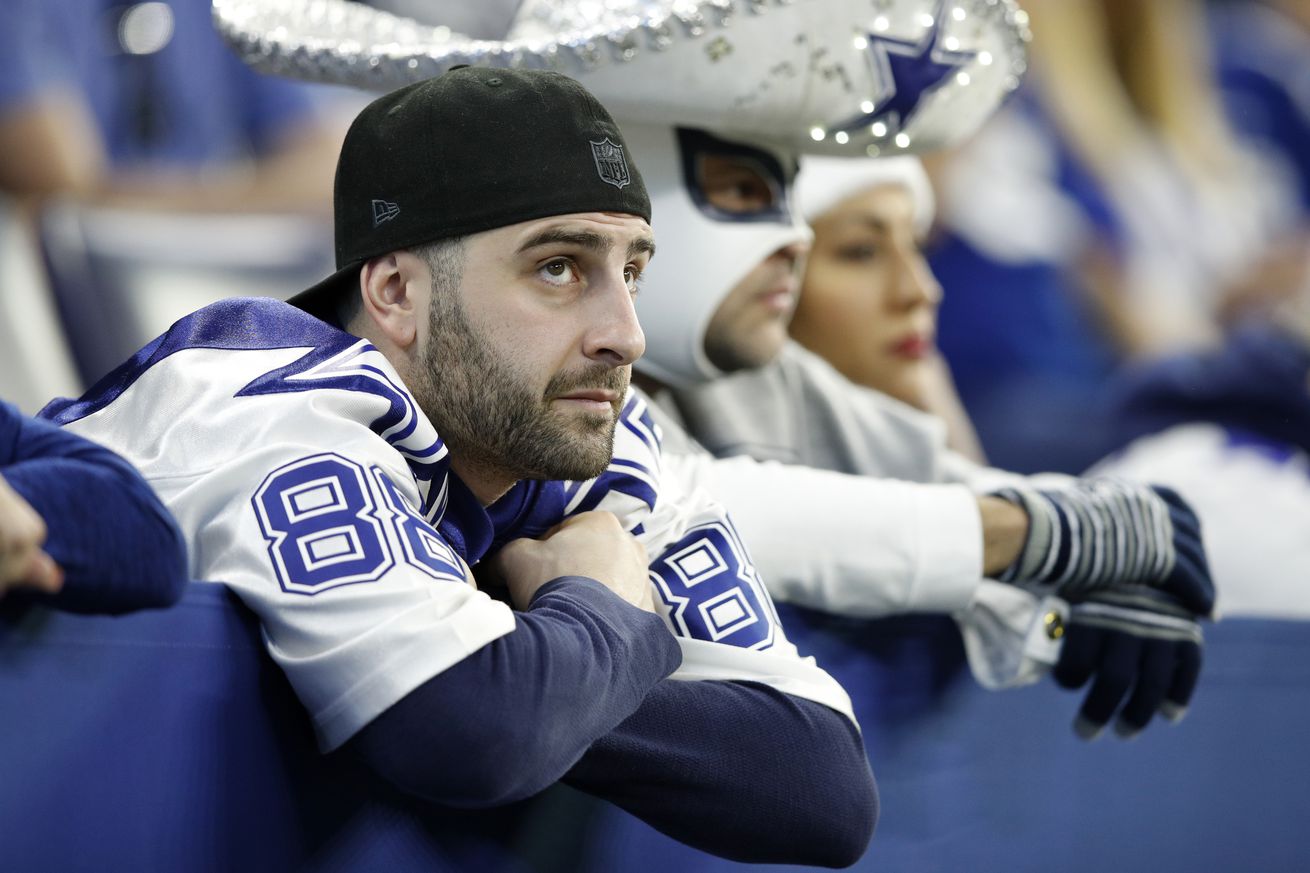 Optimism takes a holiday over at the worldwide leader.

In general, there has been a lot of optimism associated with the Cowboys offseason moves. The acquisitions of Robert Quinn and Randall Cobb look like bargain moves that could have a big impact. The elevation of Kellen Moore to offensive coordinator has been praised as a means to shake up an offense that is loaded with talent but has been underachieving in some respects. The draft, while not appearing to be an overwhelming knockout minus a first-round pick, has added pieces that should help. The Cowboys are also getting veterans Jason Witten and Travis Frederick back in the fold. All in all, it has created a sense of momentum forward to build on the Cowboys playoff season from a year ago.

But, is that just homerism at work? Are we deluding ourselves? ESPN took a shot at raking each NFL team’s offseason. Instead of letter grades, they went with elite, above average, average, and too soon to tell.

Only one team got the elite grade – the Cleveland Browns. I guess acquiring Odell Beckham Jr. will do that. The Cowboys didn’t break into the elite or above average categories, instead falling in with a large crowd of teams rated as average for their offseason. This seems to be based around the fact that they were only able to get DeMarcus Lawrence under contract and still need to handle the rest of their star’s negotiations.

Offseason goals: Keep their own. The Cowboys were able to re-sign DeMarcus Lawrence to a five-year, $105 million deal and avoid a June franchise tag showdown. They have had talks with QB Dak Prescott and WR Amari Cooper and are open to getting a deal done with RB Ezekiel Elliott too, but nothing is close. Perhaps once training camp begins things will start to heat up, but the Cowboys would like to have the Prescott and Cooper deals done before Week 1 of the regular season if possible.

As noted, the contracts could happen at anytime but somewhere in the training camp time-frame is a likely guess. Prescott and Cooper are the key ones, and based on how the Cowboys have worked in the past, it’s likely we will see both done before the start of the season. When the Cowboys really want to get a player signed, and have cap space to get it done, it usually happens. Jerry Jones will open the checkbook when needed.

Even so, contract status seems to be a very narrow way of judging a team’s offseason, especially since the players are under contract for the 2019 season. That seems to be more of a long-term consideration and not an overwhelming factor about the upcoming season. Sure, Prescott and Cooper would like to have guaranteed money done, but it’s not like any player ever hated the idea of being a free agent. That’s where the big money can flow. They’ll be fine.

Basically, the Cowboys are being judged on an odd thing here, especially since the contracts are still likely to happen. What about stuff that will matter on the field in 2019?

Biggest question still to be answered: How quickly can things come together? Tight end Jason Witten is back after a one-year stint in the Monday Night Football booth. Sean Lee is switching positions to strongside linebacker. Travis Frederick is returning after a year off because of Guillain-Barre syndrome. Lawrence (shoulder) and Byron Jones (hip) have a goal to be ready from offseason surgeries by the season opener. That’s a lot of snaps from starters who either did not play in 2018 or did not take part in the offseason program because of injuries. With a difficult close to the regular season, the Cowboys need a fast start if they want to make the playoffs in consecutive seasons for the first time since 2006-07.

This is a legitimate issue. How DeMarcus Lawrence and Byron Jones make their recoveries from surgery and get into game shape is important. How close Travis Frederick is to being his normal self is also a key issue. You could also throw in Kellen Moore and how fast he learns the play-calling job plus how much the players are able to execute some of the new things he wants to do.

The Cowboys have done a lot of good things to prepare for the upcoming season, moves that taken together should probably be above average. The business side moves slowly some times, negotiations are a tricky thing but in an instant they can come together. The feeling is the team will get those things done.