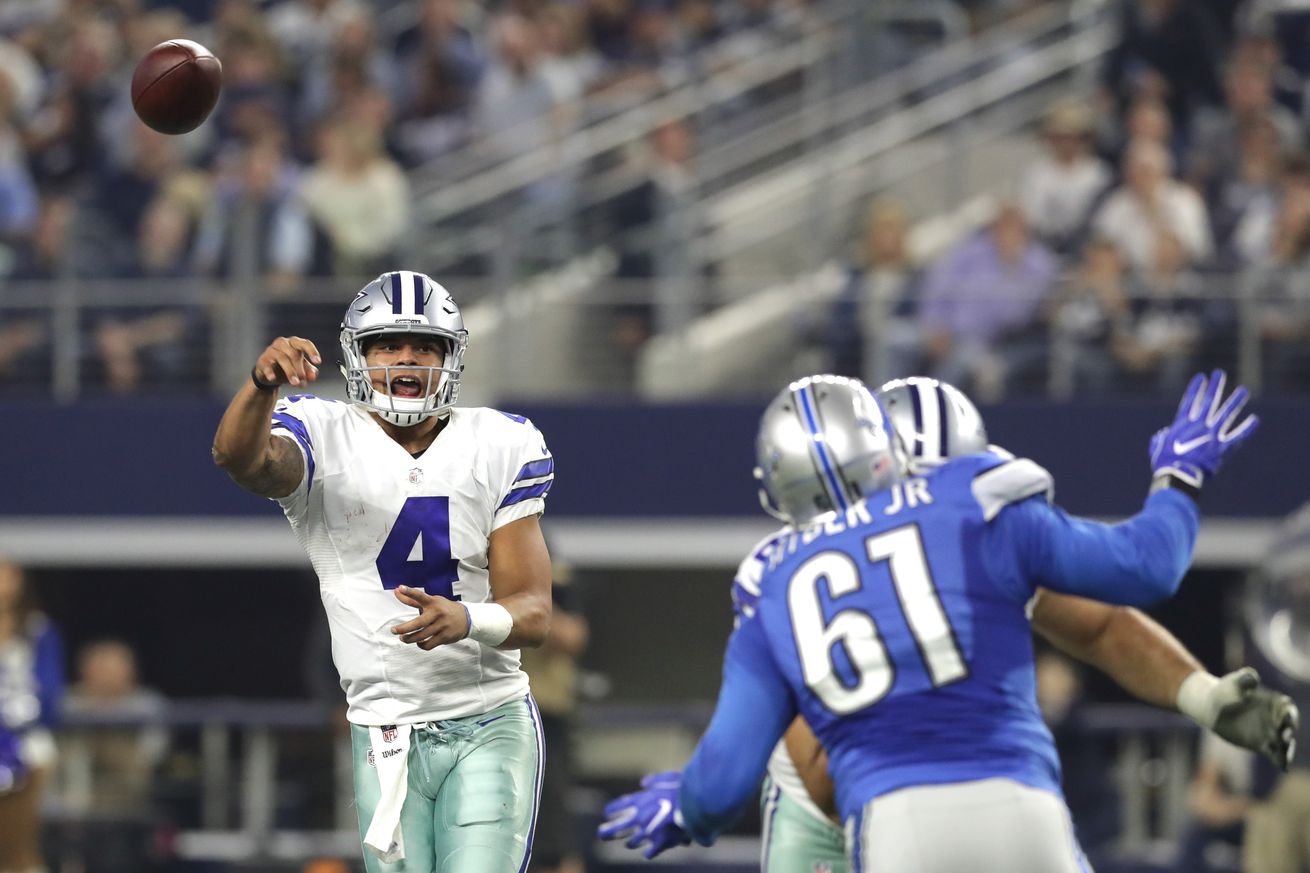 Kerry Hyder hopes to get back to doing what he does best.

When Kerry Hyder finished the 2016 season with eight sacks, he probably felt like he finally had a toehold on an NFL career. Eight sacks in a season, especially as a part-time player with only two starts, is a foundation to build on. Then the 2017 preseason happened and he tore his Achilles, followed by a new defensive scheme in 2018 which limited him to one sack and very few splash plays. Things were certainly on a downward trend.

Now, he has a chance to revive his career in Dallas. The Cowboys signed Hyder back in March to a one-year contract that can be worth up to $1 million. That’s a very low-cost deal that comes with an easy out, the dead money if he doesn’t make the team is only $300,000. But according to a video posted at FOX Sports Southwest, Rod Marinelli would like to see Hyder make the squad. They claim that Marinelli played Hyder at defensive end during the OTAs and minicamp so he could showcase his talents and help him make the final roster before he starts to utilize his versatility as a 3-tech tackle. That sounds like a coach who is pushing for a guy to stick around.

Hyder played both defensive end and defensive tackle for the Lions, but with the new coaching regime in Detroit last season, Hyder played as a tackle in a predominately 3-4 system which didn’t suit his talents. In fact, in the video he says his biggest adjustment in coming to Dallas is to get back into attack-mode, to be disruptive. When asked to describe Marinelli’s defense, he had this to say:

It’s an attack-style defense, I wasn’t fortunate enough to play in that style last year. This year you’re upfield trying to be disruptive, you’re trying to make plays. So I’d have to say that’s my biggest adjustment, transitioning from more of a stalemate-type defense to getting into the backfield and making plays.

Sounds like Hyder was in more of a two-gap scheme last year were he held up the blockers while others made the plays. No more of that, he’ll be back to playing as a defensive end similar to what he was in 2016 when he had the eight sacks. But Hyder has the size and experience to kick inside when needed, that kind of versatility will only endear him more to Marinelli.

I describe myself as a defensive lineman. Wherever coach wants me to line up across the line I feel I can do it and be productive at it. Hopefully I can bring a motor, effort, be versatile.

He already has the lingo down to be on a Jason Garrett team as his final comment in the video was to “Keep stacking days and keep working, and stuff will work out for you in the end.”

With Marinelli pushing for Hyder, it would be wise to include him in 53-man roster predictions until proven otherwise. In the video they note that Hyder has a goal to be a member of the Hot Boyz; he has the upcoming training camp and preseason to reach it. I wouldn’t bet against him at this point.