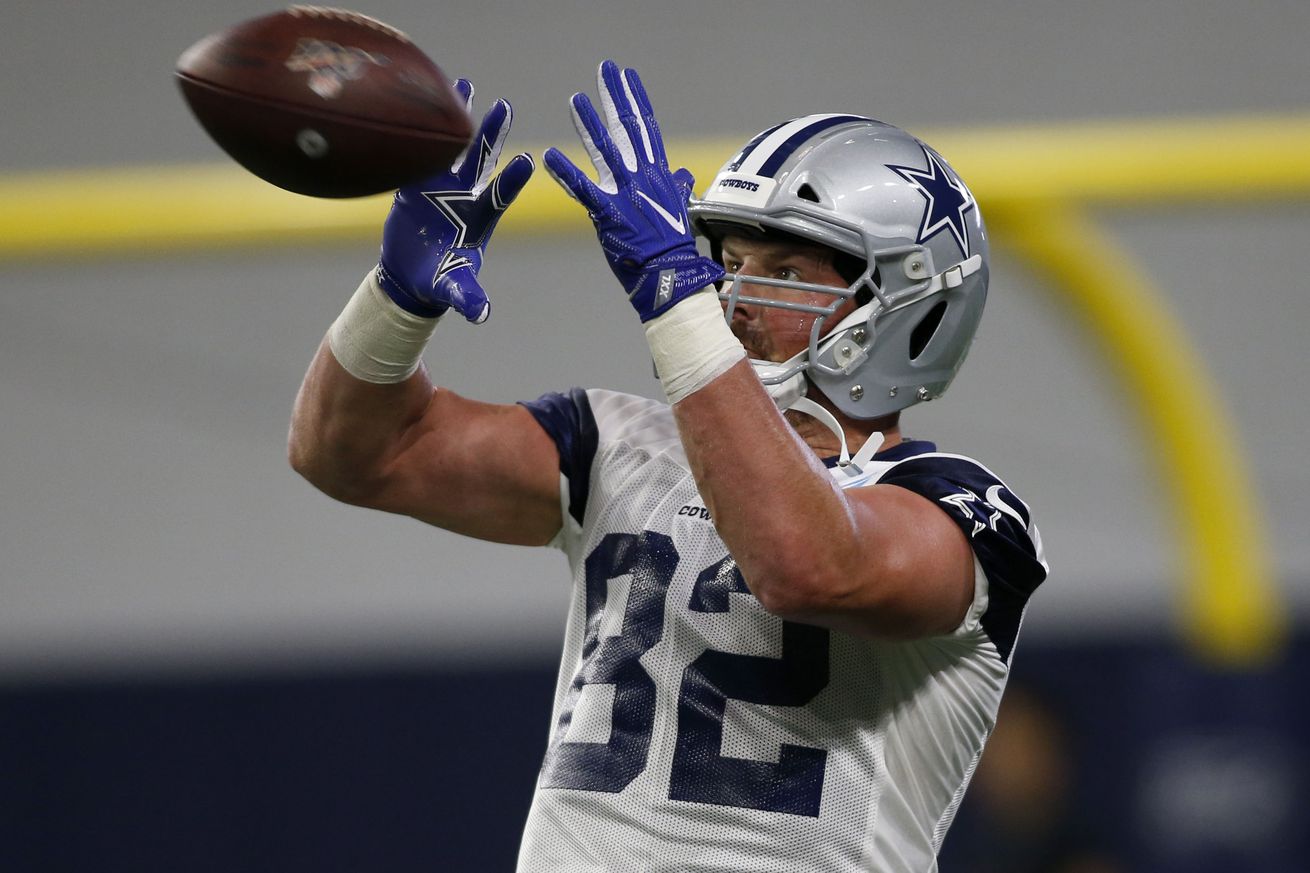 How strong is the Cowboys depth chart at tight end?

The Cowboys tight ends didn’t have a great showing in 2018 after Jason Witten retired on draft weekend. There were things to like but the production just wasn’t there for the Cowboys last season. Geoff Swaim was the go-to guy at the start of the year but he was was finally put on the shelf due to injury. Blake Jarwin did come on strong toward the end of last season with his three touchdown performance versus the Giants, but that was definitely his high point with a lot of inconsistency previous to it.

Dalton Schultz, like many rookie tight ends before him, had struggles with point-of-attack blocking but was clearly much better at the end of the year. Rico Gathers continues to be nothing more than an enigmatic athlete with untapped potential. At this point, with a looming suspension, Gathers is already on borrowed time.

Jason Witten’s retirement really kind of threw the Cowboys for a loop and they didn’t try to bring in a battle-tested veteran from anywhere else. Not having a reliable target that can find the soft spots in coverage and get you a crucial third down conversion or two really hurt the Cowboys last season. Not to mention that one huge advantage of having an adequate tight end is their abilities in the red zone, where the Cowboys had struggles all year.

Last season’s offense had no troubles moving the ball in between the 20’s but defenses ate them up in the red zone. There just wasn’t enough reliable options for the Cowboys outside of Ezekiel Elliott, Amari Cooper, and Dak Prescott. A crafty tight end could have been beneficial for Dallas and that’s why Jason Witten saw an opportunity to return to the team.

Conclusion: What does an aging Jason Witten offer to the Cowboys in 2019? He offers a guy that can bridge the gap in the short term. An aging Jason Witten is still better than anything the Cowboys have going at the tight end position. Will he hinder the development of some of the younger guys? Maybe, but unfortunately for the coaches, they don’t have time to worry much about youth when they are on the clock to produce. The Cowboys are better off than they were in 2018 with Jason Witten on the roster but will be forced to revisit this position again in 2020.