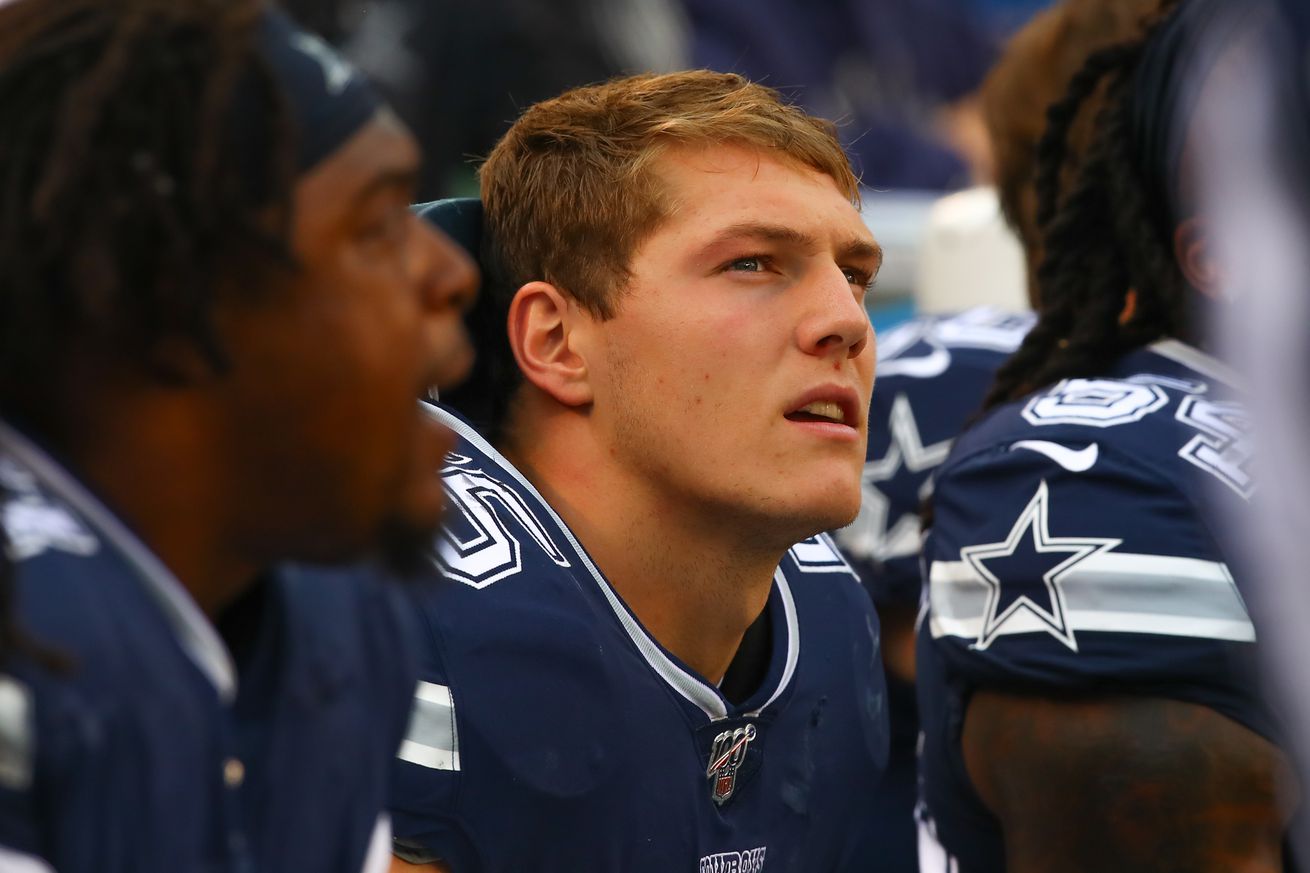 Three losses in a row is draining.

Let’s be honest. The last three weeks have sucked. A lot.

The Dallas Cowboys have lost each of their last three contests and saw their beautiful 3-0 record evaporate to the point of .500 as they now sit with a not-as-pretty 3-3 record. Losing to the New Orleans Saints and Green Bay Packers was frustrating, but we’ve learned that they’re elite teams in the NFC this season. There’s no shame in losing to a contender, however much we all want to win.

Things have turned more dark recently, though. It’s not just that the Dallas Cowboys lost for the third time in a row, they lost to the New York Jets. The New York Jets. Gang green was winless on the season when the Cowboys showed up to MetLife Stadium, but they managed to emerge victorious against Jason Garrett’s squad. This has Cowboys fans feeling quite down.

Every week throughout the season we track the temperature of Cowboys fans on various things, confidence in the team being one of them. You can join FanPulse and be part of those polled by heading right here, but perhaps you feel where the current confidence level is at is a fair indication of where it should be. As of now Cowboys fans have a 9% level of confidence in the team. Only four SB Nation team brand fan groups have a lower one (Chargers, Redskins, Falcons, and Titans).

There were many that felt that last week’s FanPulse results were Cowboys fans being too harsh on the team. This week I’d venture to guess that more people are down with the fact that the team doesn’t necessarily deserve a high level of confidence given their recent performances and the fact that there are so many important injuries ahead of such a critical game against the Philadelphia Eagles.

Speaking of the Philadelphia Eagles, their fans aren’t exactly in love with the state of their team at the moment. They didn’t lose to the Jets, but Philly had quite the humbling defeat last week as they lost to Kirk Cousins of all people. That’s never good.

Still, the Eagles have a high-quality win this season as they defeated the Green Bay Packers a few weeks ago. The Cowboys don’t really have anything like that as they’ve only beaten the Giants, Redskins, and Dolphins. Here’s where all NFC East fan bases stand at Week 7.

This week is going to drastically push either Cowboys or Eagles fans in an even larger negative direction, although there isn’t much more room for either to fall at this point. Losses to a division rival in primetime are always such a stressful experience, let’s hope the Cowboys find a way to turn things around on Sunday night.