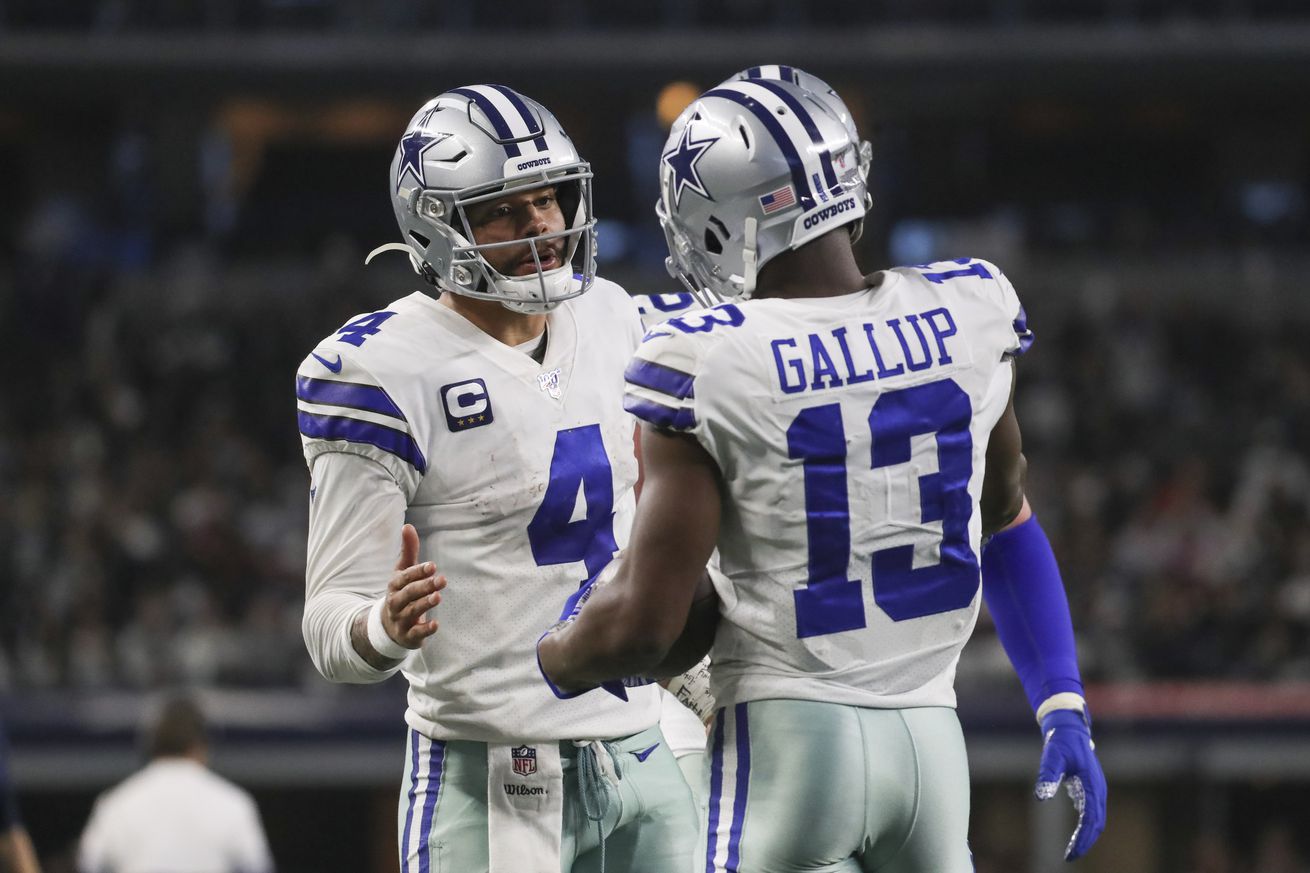 Dallas found themselves a gem in the third-round of the 2018 NFL Draft.

Michael Gallup has not received much recognition this offseason. A couple of good reasons for that are the free agency period and the upcoming NFL Draft. Amari Cooper just received a big deal that will pay him $20 million in each of the next two seasons. There is no denying how much of an impact that he has had on the Cowboys offense since being traded to America’s Team prior to the 2018 trade deadline.

This year’s draft class is the deepest wide receivers class in years. There are three elite options in CeeDee Lamb, Jerry Jeudy, and Henry Ruggs, an athletic freak in Denzel Mims, and receivers to be found in each and every round. Adding a receiver through the draft would not only be smart, but may be necessary with the question marks behind the top-two wideouts on the roster.

Gallup should have Cowboys fans excited. The 2018 third-round selection flashed during his rookie season for the Dallas Cowboys. Gallup’s career began slow, as he caught just seven catches going into week seven. But, he really showed what he was capable of against the Washington Redskins that next week as the Colorado State product burned defensive back Greg Stroman for a beautiful 47-yard score.

The Cowboys lost that game and then decided to make the move for Amari Cooper, but that game for Gallup began a strong finish to the season. After not scoring a touchdown, not having a game with more than two receptions, and a career high of 45 yards prior to that game, Gallup finished the season with seven games of at least three catches and six games with at least 50 yards.

Michael Gallup having himself a breakout drive. Great job to create separation on Eli Apple, both with the hand-fight, and just with straight speed.

Statistically, Gallup’s best game of the season came in the Divisional Round versus the Rams: six catches, 119 yards, and a grab that set up a touchdown to make it a one possession game.

This throw and catch from Prescott to Gallup sets up a TD. 2pt conversion good.

Cowboys back in it

Rookie receivers are so unpredictable to project. You do not know how they will adjust to the NFL game, how they may react to not being the top guy, what the connection with their quarterback is like, and so-on. Gallup finished his first season strong, but his second season with the Cowboys was even better.

Immediately from the get-go, it was clear that Gallup had taken the next step over the offseason. He flashed during the preseason, and he carried that over to week one versus the New York Giants. Dak Prescott and Gallup connected seven times for 158 yards, good for over 22 yards per reception.

The rising connection between Prescott and the second-year wideout was evident, as Gallup began to torch defenses nearly each week. Defenses were so focused on Amari Cooper — and rightfully so — that Gallup was able to take advantage.

Two weeks later, Gallup hurt the Packers defense to the tune of seven catches, 113 yards, more than 16 yards per catch, and a touchdown. The Cowboys fell short, but Gallup continued to show how much he had improved from year-one to year-two.

Cowboys WR Michael Gallup played 62 of 72 offensive snaps Sunday vs. Packers in return from knee injury. He and Amari Cooper had team-high 14 targets. Gallup caught seven for 113 yards, including a 40-yard TD. pic.twitter.com/rCzW9aDqFN

Gallup continued to improve over the course of the season. Despite missing two games in 2019, the second-year wideout put up numbers of 66 catches for 1,107 yards and six touchdowns. Gallup finished in the top-20 in the league in receiving and helped form one of the most dangerous duos in the NFL alongside Cooper.

The former Colorado State star’s big second season put him in rare company — just 26 receivers this century have ever totaled at least 1,100 yards in their second year in the NFL. As you can see, that is not the easiest thing to accomplish.

I was not Gallup’s biggest fan as a prospect (shoutout to @ScottBarrettDFB on that call), but what he’s done so far in his NFL career has been undeniable. Another great selection for DAL https://t.co/VzUlA9pikl pic.twitter.com/AbDavfgY88

The 2018 third-rounder lined up nearly always at X-receiver opposite of Cooper’s Z-receiver position, and he had tons of success. Harmon notes that Gallup was very successful against man coverage and in contested catches. Gallup was able to win on deep balls from Prescott when stretching the field, while also giving Prescott a legitimate target in the intermediate game.

Impressive for a guy who lines up almost exclusively at X-receiver in only his 2nd season. pic.twitter.com/iURFPrioEG

The Cowboys offense was on fire last season, especially through the air. Dak Prescott had the best season of his young, successful career, while Amari Cooper proved to be a legitimate WR1 — even if he did fall off a little bit towards the end of the season.

A big reason for the Cowboys’ success was Gallup. Teams game-planned to take Cooper, who has been Prescott’s favorite target since arriving in the Lone Star State, out of the game; therefore, there were many opportunities for Gallup to feast. As we have mentioned, he definitely took advantage.

Rotoworld’s Kate Magdziuk wrote a piece on “candidates to make the third year leap in 2020”. Gallup was mentioned among the two receivers and four players in total that Magdziuk looked into.

While everyone’s hearts are aflutter with Courtland Sutton and D.J. Moore hype, there seems to be one name getting lost in the mix as the off-season drags on. Michael Gallup quietly posted 1,100 receiving yards in just his sophomore season. He ranked 10th in yards per route run among wide receivers with at least fifty targets – just behind his WR1 Amari Cooper.

Dallas will continue to have many scoring opportunities with Kellen Moore at OC, and the hope is that this will provide all the more opportunity for Gallup to develop.

In order to maximize his growth (and fantasy value, of course), Gallup has got to work on one thing – holding onto the ball. Gallup finished his rookie season with a catch rate of just 48.5% and took a nice jump to 58.4% in his second year. It’s a trend I’d like to continue to see moving upward, particularly in the red zone, where Gallup led the team in target share. Drops have been a problem too. Gallup led the league with 13 in 2019. By cleaning these up, we’re well on our way to that mega-third year leap.

Michael Gallup’s rookie-to-sophomore leap was incredible for the Cowboys. The ninth receiver drafted in the 2018 draft out-produced all of his draft classmates in 2019 in receiving yardage, aside from only DJ Moore — who was the Panther’s top receiver option and caught two less touchdowns than the Cowboys’ WR2.

Gallup gave Dak Prescott and offensive coordinator Kellen Moore a legitimate second threat to burn defenses and score touchdowns. It was almost a pick-your-poison deal for opponents when deciding who they were going to let hurt them between Cooper and Gallup.

The Cowboys’ rising third-year receiver has proven to be a great value as Dallas waited until pick 81 to grab him two years ago. If Gallup can take another jump next season, it will be a lot of fun to see what Mike McCarthy and Kellen Moore can do together.