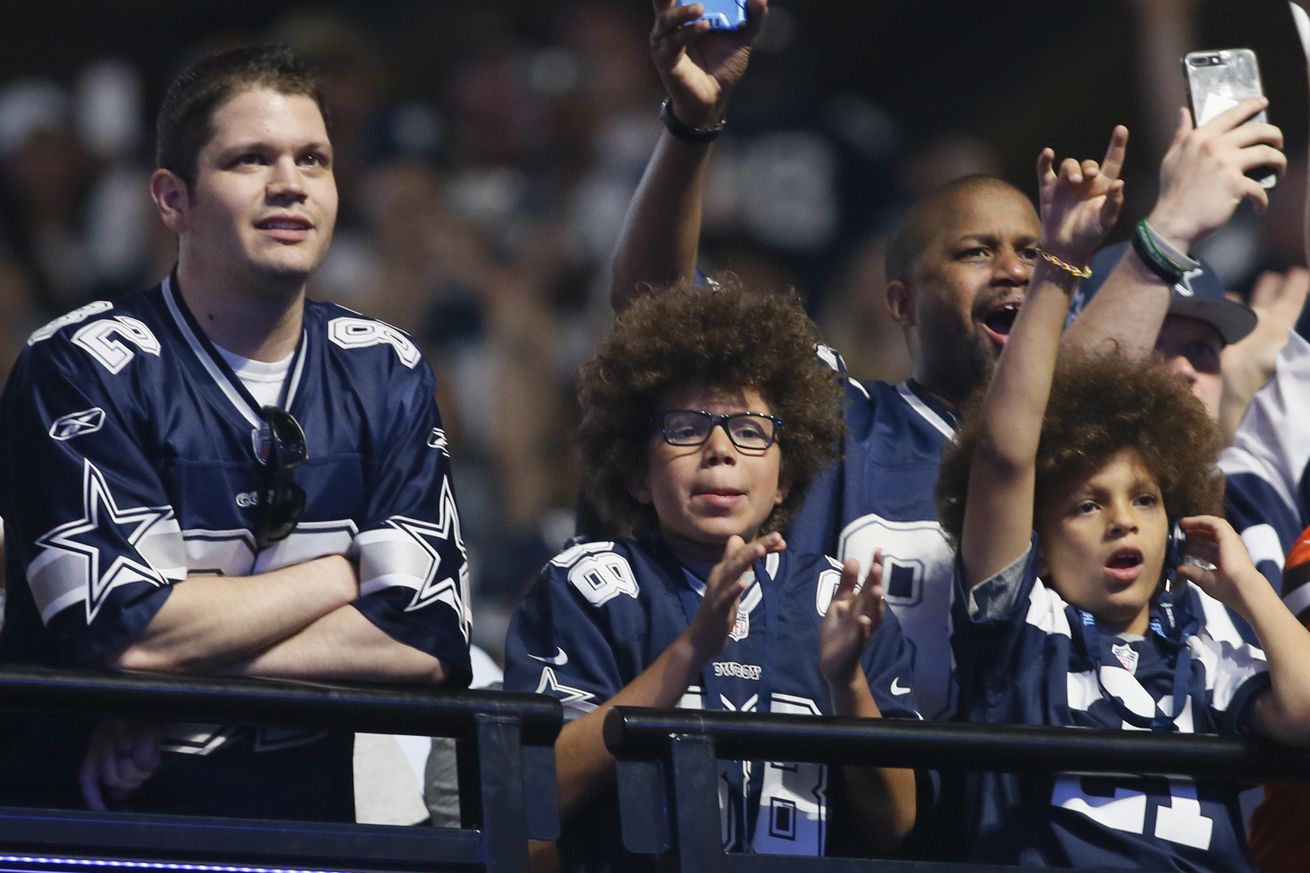 Follow along with the 2020 NFL Draft and discuss all the moves.

We have reached another milestone int he NFL calendar. It’s a huge day for NFL teams and fans alike as the 2020 NFL draft kicks off. This year will be an unusual one as the COVID-19 virus has forced the NFL to do a virtual draft. This will surely make for a different viewing experience, but it should be exciting nonetheless.

This is an open thread for draft chat.

Here’s a scenario I’m positive won’t happen tonight: the Cowboys taking Cesar Ruiz either at No. 17 or a trade back. They believe in Joe Looney, Connor McGovern, Connor Williams as the Travis Frederick replacements. /1

Names to consider at No. 17 for the Cowboys: C.J. Henderson, K’Lavon Chaisson, A.J. Terrell, Kenneth Murray, Xavier McKinney. Terrell, Murray, McKinney would be trade-back options as well if they can make a move. Yetur Gross-Matos a possible trade back option too.

CB – With the loss of Byron Jones in free agency, and with Chobe Awuzie and Jourdan Lewis needing new contracts in 2021, the team needs to add some young talent.

EDGE – Robert Quinn took his 11.5 sacks to Chicago leaving a hole on the right side. The Cowboys hope to get Randy Gregory back, and hope that new signee Aldon Smith will also be re-instated, but they can’t count on either/both returning and being ready to play.

Wide receiver – Randall Cobb proved to be a more-than-worthy replacement to Cole Beasley in the slot, but now he’s left for the Texans. The Cowboys have a top-tier 1-2 punch in Amari Cooper and Michael Gallup, but the cupboard is a little bare after that.

Safety – The signing of Ha Ha Clinton-Dix helped alleviate this problem, but it was only a one-year deal. Xavier Woods is also scheduled for a new deal in 2021. The Cowboys need to add some young talent.