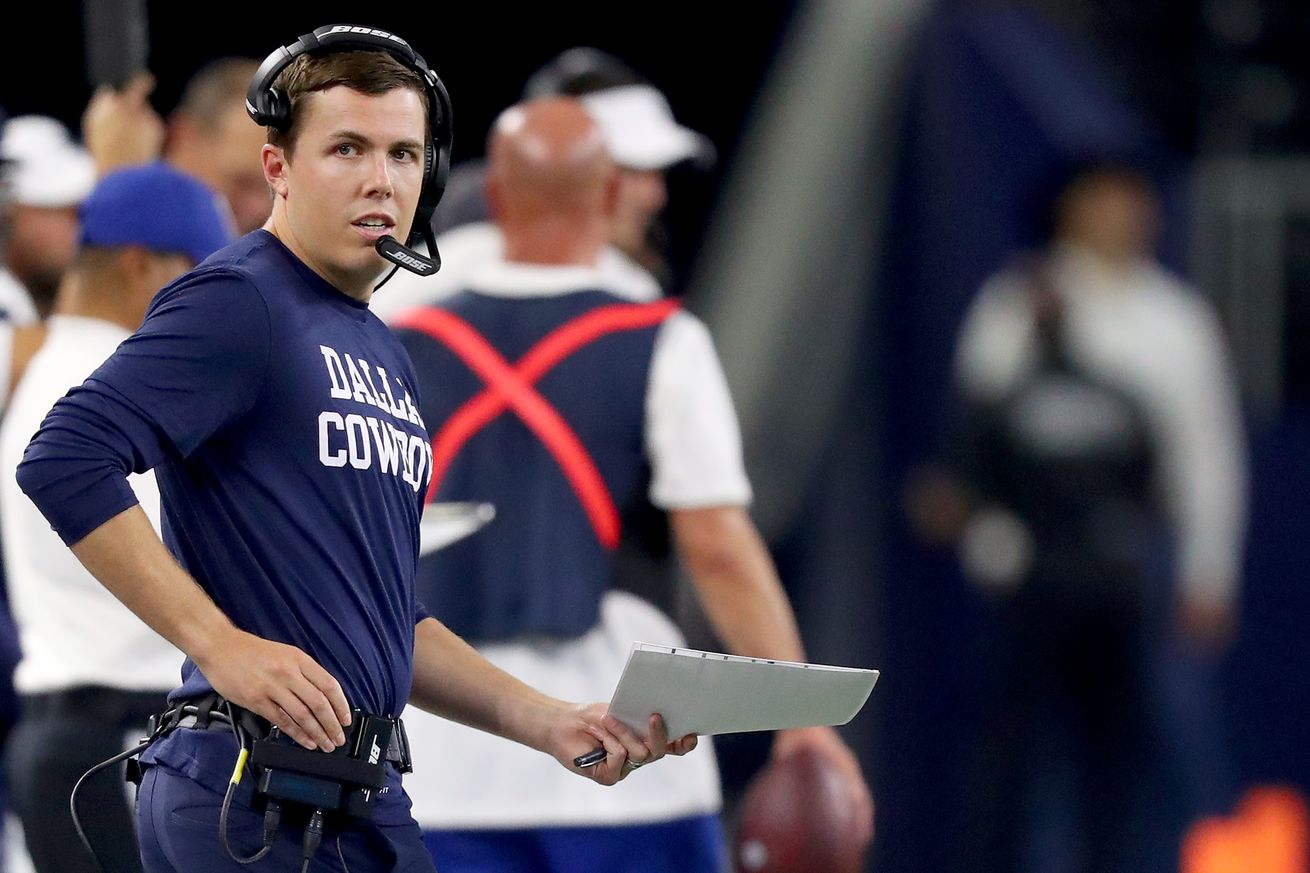 Can just anybody create an NFL play that will work?

Here’s a theory about football fans. Most of us realize that we have nowhere near the talent, ability, or often just outright size to be an NFL player. But lurking in the recesses of most of our minds while watching games is the occasional thought, “I could coach better than this!” I confess falling prey to that. In more realistic moments, it is the same as playing. Coaches have years of experience, including playing time for many, which fans just lack. That still doesn’t stop us from imagining plays we wished our favorite team would run. If you are reading this, that probably means the Dallas Cowboys.

This is Kellen Moore’s second season as offensive coordinator, and he has gotten a big vote of confidence from Mike McCarthy in being retained in the new coaching regime. One thing we hope to see is more creativity in calling plays. Add that to the idea expressed above, and you guessed it. I have a suggestion.

How about this play, run out of an empty set:

That may not seem very radical, since we do see the Cowboys throw out of this set at times.

But this is not a passing play. It is a designed run for Dak Prescott.

The advantages of opening up the field for the run by sending three wide receivers and the tight end all on pass routes has been frequently discussed. So why not turn it up a notch and utilize Prescott’s mobility and vision? This should let the team get some chunk yards, while putting him in a position to protect himself from injury.

Here are some coaching keys for this to work.

If this works, it puts the play in the minds of every defense going forward. Even if it doesn’t translate into a big gain, it still leaves the possibility of using it again out there. The more uncertainty you can create for the defense, the better.

This is not the kind of play that would become a staple, but just be trotted out occasionally. Maybe only a couple of times a year, but as a bit of a trick play, it could work very well.

Yes, this is just a little bit of a dream for fun. But I just wanted to know what you would think?