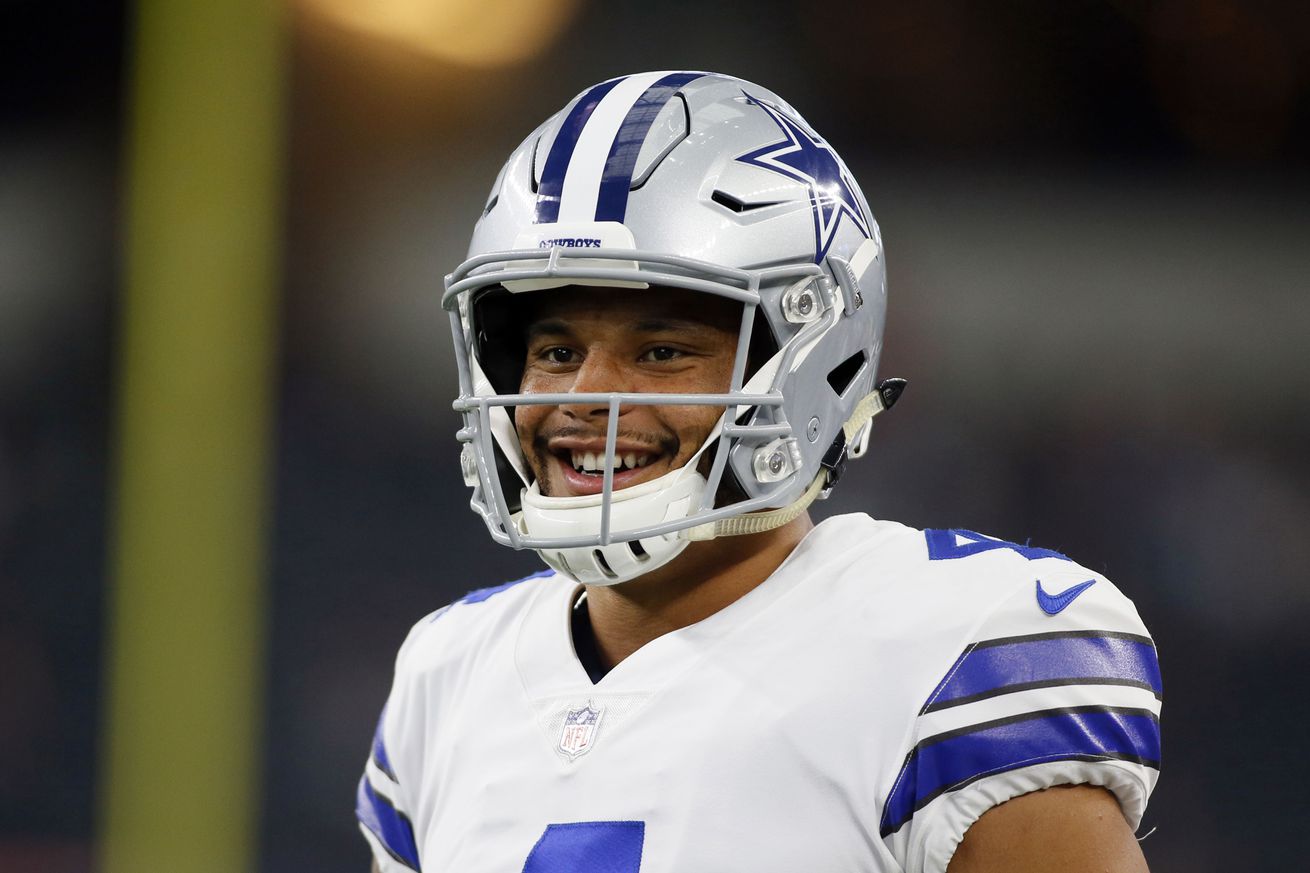 You might be surprised how successful Dak Prescott has been against the NFC East.

If you want to win the NFC East, you’d better make sure you beat the other NFC East teams first. And Dak Prescott is doing just that.

Prescott is 7-1 against against the Washington Redskins in his four years in the league. The only loss came in the 2018 game in Washington, where a phantom false start penalty against longsnapper L.P. Ladouceur with three seconds remaining made a potential 47-yard game-tying kick a 52-yard attempt, resulting in kicker Brett Maher hitting the left upright as time expired.

The Eagles’ record against Dak Prescott is similarly in Dallas’ favor: Dak Prescott has won five of the eight games he’s played against Philly. One of those losses came in the 2016 season finale, where Prescott played just 15 snaps before making way for Mark Sanchez and Tony Romo. Prescott left the game early in the second quarter, but as the starter, the eventual loss ended up on his record.

Add it all up and you’ve got an 18-6 record against the NFC East in four years.

How do the other NFC East QBs stack up in intra-division matchups? Here’s an overview:

The more things change, the more they stay the same.

I wrote almost the exact same post four years ago, except it was about Tony Romo from 2012-2015. Little did I know at the time that his career was already over. Four years later, I found the similarity of Romo’s and Prescott’s numbers quite noteworthy and I decided to revisit that original post.