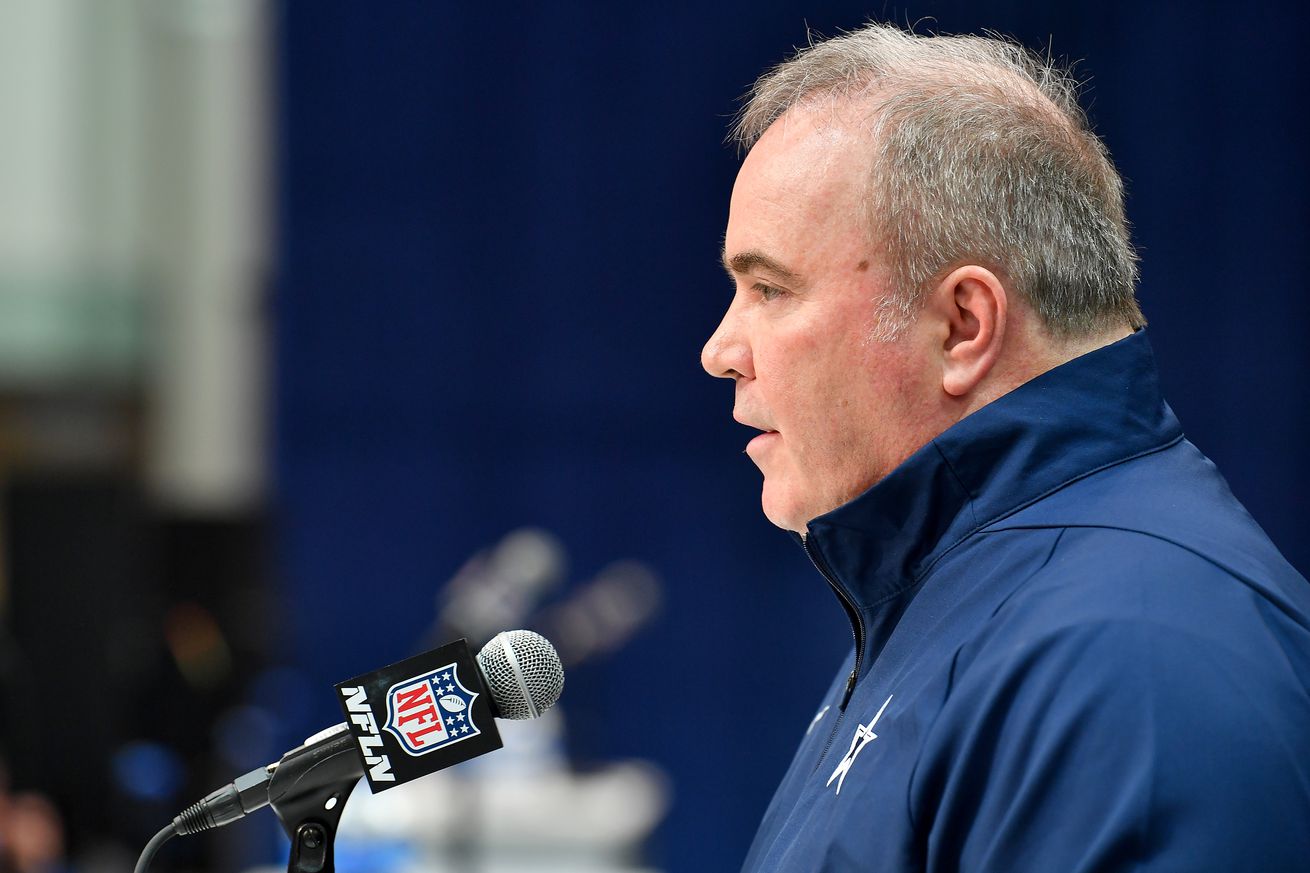 Cowboys coach Mike McCarthy took some time today to hold a press conference. It was a virtual affair but the press was able to ask him some questions. Here is a quick recap of the things he said.

Mike McCarthy has obviously not been able to coach his team this offseason like he would have been able to in normal times due to Covid-19, but he said that things have gone well. He noted that he believes the biggest adjustment for Dak Prescott will be the language but that this is an adjustment for everyone.

“The individual that has had to learn the most has been myself.”

He was asked about Dak’s contract situation this offseason and kept it close to the vest. He said QB1 looks good.

“I’ve enjoyed his personality. He’s very upbeat. He’s very driven. He’s kinda picked up where he left off. He’s very detailed in his preparation. He’s a lot of fun to be around.”

Coach McCarthy noted that all of this has obviously been a learning process given that it is his first year with the Dallas Cowboys. He gave praise to Kellen Moore and noted that he has been very impressed with how the offensive coordinator has handled things.

“I can’t say enough about the job Kellen Moore has done. I’ve been extremely impressed with the way he’s pulled everything together.”

Emotions on how things have been since work started

McCarthy was asked about how he has felt with work resuming after so much time away. He noted that he felt the preparation was evident when they finally got a chance to be together. He said that the energy and the vibe has been tremendous.

Leighton Vander Esch at MLB, Jaylon at WILL

Leighton Vander Esch said on Thursday that he will be playing more middle linebacker in 2020. McCarthy said he didn’t view that as a big change and that they want to focus on what players do best.

“The biggest thing we want to emphasize from a defensive philosophy is the ability to play matchup football, the focus on utilizing our players and focus on doing the things they do best. With Leighton and Jaylon, they’re impact style players and we got to make sure we’re giving those guys those types of opportunities.”

Coach sidestepped this issue specifically, but did note that they like players being flexible. Can a player play outside and in the nickel as a slot corner, can they move between corner and safety? He said that having as many players able to play positions on the perimeter is a bonus.

“I think this, yes, we definitely want flexibility back there. If you get into the personnel meetings that we’ve already started with Will McClay and Stephen and Jerry, with the players it’s so important that you have to have at least two things you do. If you’re a corner, does he have the ability to play nickel, does he have the ability to be a primary player on special teams, so that’s a common thread in our approach to how we’re building or roster. If our corners have safety ability, and vice-versa, and they can play inside or outside, we all understand that it’s a sub-defense and sub-offense game. We cannot have enough perimeter players.”

Obviously this training camp is extremely unique given the Covid-19 situation across the world. Mike McCarthy said that things have actually gone very smooth to this point and that they have managed to create the flows that teams are used to at this time of year.

He noted that the biggest challenge has been getting things scheduled.

McCarthy’s goal is to be on the grass

On the subject of racial injustice

He was asked about the racial equality protests among the other sports, and what the Cowboys plan to do once the season starts.

“I think we all are touched by everything going on. I know for me personally, it’s made me take a hard look at some of the blind spots that I may have in my life from my experiences. The one thing I do know, and something that will be continued to be echoed to everyone involved in football operations is to take a step back and listen.”

“I think the organization’s statement of ‘protest to progress’ was right on the money. That’s definitely where our focus will be and we’ll support our players every way we can.”

Training camp has been condensed to a degree but Mike McCarthy noted that the team’s first practice in shells will be on August 14th.

McCarthy said that the team’s rookie class is an impressive one and said that he really liked the way they were bonding together.

“Having an opportunity to stand in front of my 14th rookie class, this is an impressive one. They’ve really grabbed a hold of this opportunity, you can see it in the classroom segments. There is confidence in the group, I really liked the way they’ve bonded together. The biggest challenge is to make sure they have the right opportunity, because we obviously know just how this thing is set up, it’s not a normal year. It’s a good class, it has a lot of promise.”

This past week Amari Cooper noted that the “expectation” for the Cowboys is to have three 1,000-yard receivers in he, Michael Gallup, and CeeDee Lamb. Mike McCarthy noted that he “likes the way” Cooper thinks but that the emphasis will be on ball distribution.

He was asked how that impacts Ezekiel Elliott carrying the ball and noted that Zeke is a primary target for the Cowboys and that this will not change.

Coach noted that there is no specific timeline for those two players to return, but they are making progress in their rehab.

McCarthy says he has not heard anything new on Randy Gregory.

Coach noted it’s not that different from other years and that he lumps the FBs and the TEs together when building the schematic menu. It’s no different than the current thinking on how to utilize the position.

On coaches having the option to opt out

“We talk everyday. I think everybody has gone in this will a full commitment and clearly understands the challenges. As far as shields vs. masks, that’s a personal preference. We’re fortunate that we have all those resources here.”