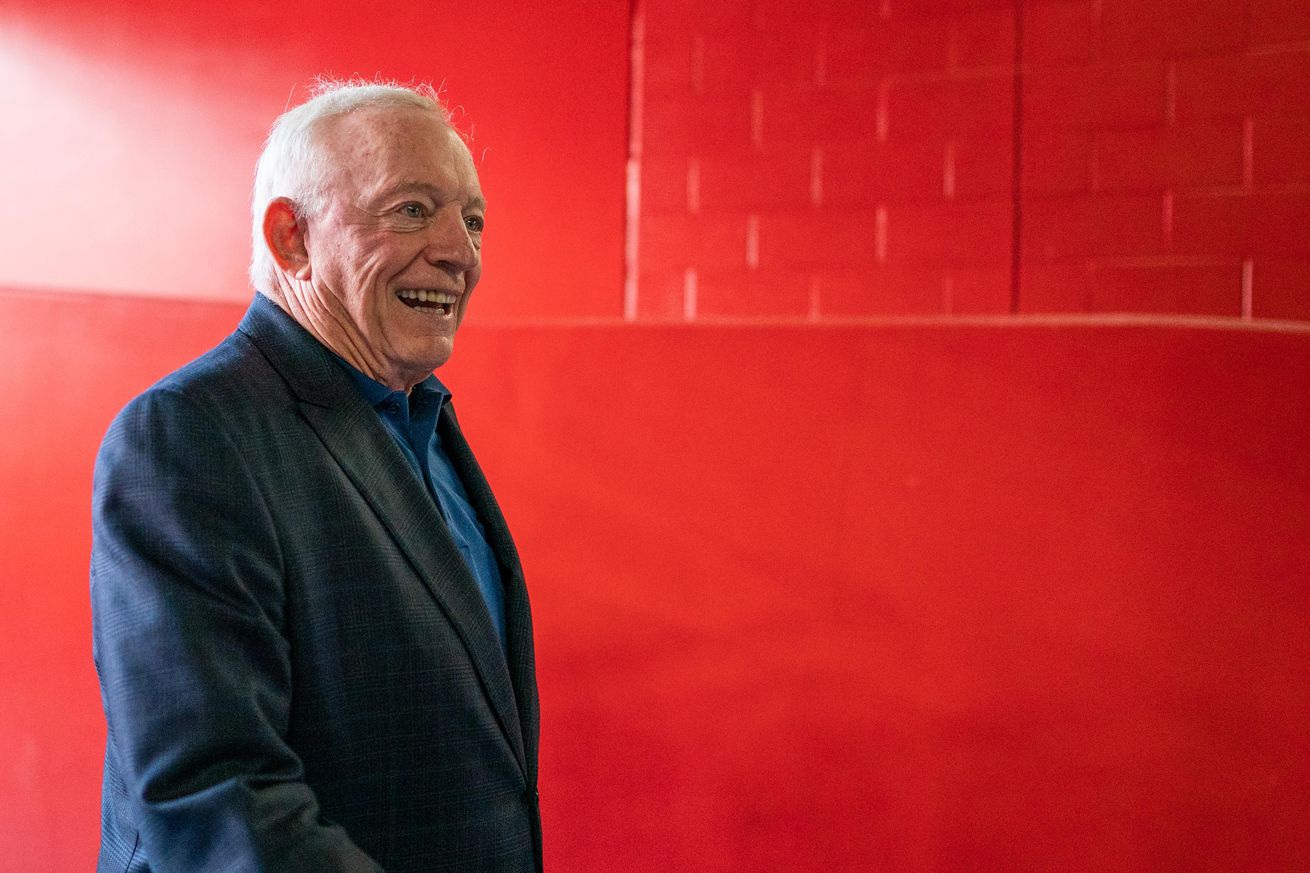 Jerry Jones is known for saying revealing things regarding the Dallas Cowboys in interviews. Such is normally the case during his weekly appearances on 105.3 The Fan. The Cowboys owner has a habit of informing fans of the team exactly what he thinks on just about every subject.

Despite the previous norm, we are in some different times, both in the world and within the confines of America’s Team. We have seen the Cowboys be awfully secretive with their football operations here as of late, and while that is frustrating from the perspective of wanting to see and know things, if it is going to help them when the football starts to count then it is hard to be upset with it.

Predictability is out the window with Mike McCarthy now occupying the head coach chair and while many thought that veteran free agent safety Earl Thomas would already be on the team over a week ago, he is still on the market.

What does Jerry think about that?

The fact that Earl Thomas is still available is very interesting. There are certainly debates to be had as to whether he would be worth it for Team X, or Team Y, to bring him in this close to the season kicking off; perhaps you think that the Cowboys are a team that should highly consider it.

Jerry Jones was asked about Earl Thomas on Tuesday morning and he talked a whole lot without providing any real clarity on the subject. Oh Jerry.

Jerry went on to note that the team isn’t exactly keen on giving away any competitive advantage, he also talked about how “the competition” could be listening to these interviews along with fans of the team, which was his explanation for the level of secrecy that the team has been operating under for the last few months. This is clearly a group now that feels like information is on a need-to-know basis, but perhaps the most impressive thing is that they are actually sticking to that.

NFL teams must cut down to 53 players on their roster by Saturday at 3 PM ET. It makes sense that Earl Thomas would have a home by then or shortly after, perhaps with a team that is suddenly in desperate need of a starting-caliber safety like the Los Angeles Chargers (get well soon, Derwin James).

Round and round we go.